Khaled Al Jalahma met with an Israeli diplomat in Jerusalem and tweeted in Hebrew about his new position. 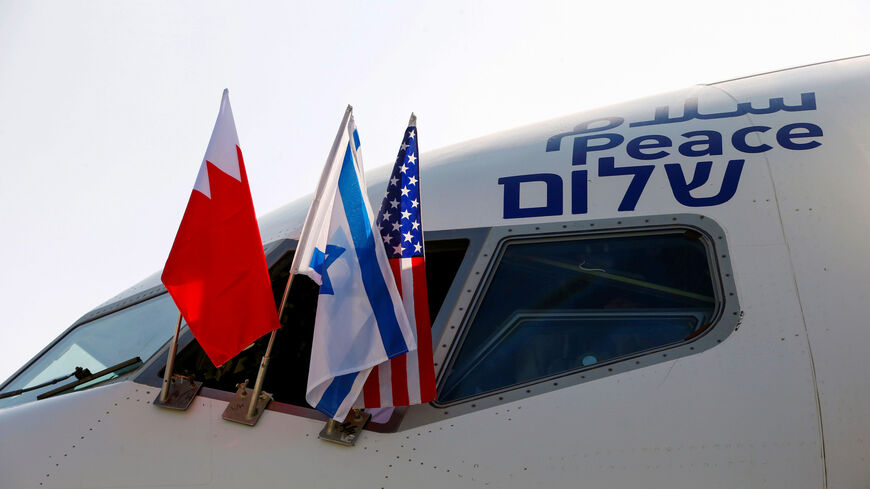 The Bahraini, Israeli and US flags are picture attached to the Boeing 737 aircraft of Israel's El Al, adorned with the word "peace" in Arabic, English and Hebrew, ahead of the flight to Bahrain's capital Manama at Israel's Ben Gurion Airport near Tel Aviv on Oct. 18, 2020. - RONEN ZVULUN/AFP via Getty Images

Bahrain’s ambassador to Israel arrived in Tel Aviv on Tuesday to further the historic relations between the two states.

“I am honored to announce that I will be arriving in Tel Aviv today to begin my post as #Bahrain’s first Ambassador to #Israel,” tweeted Khaled Al Jalahma.

Israel and Bahrain established diplomatic relations last year as part of the Abraham Accords brokered by the former US administration. Bahrain’s decision to normalize relations followed its Gulf ally the United Arab Emirates agreeing to establish ties with Israel. The UAE and Bahrain were the first Arab states to open relations with Israel in more than 20 years.

Jalahma also met with Israeli Foreign Ministry official Gil Haskel in Jerusalem on Tuesday, according to a ministry release. The ministry’s director-general Alon Ushpiz tweeted, “We are looking forward to what will no doubt be a very productive tenure, advancing relations between our two countries,” in response to Jalahma’s arrival in the country.

Before Bahrain and the UAE, only Egypt and Jordan officially recognized Israel in the Arab world. The Gulf states have been more open about their relations with Israel than Egypt Jordan, where much of the population is opposed to Israel. Jalahma also tweeted in Hebrew about his new job on Tuesday.