The Algerian president's office said two groups were responsible for starting the fires, one of which Algeria accused of receiving support from Israel and Morocco. 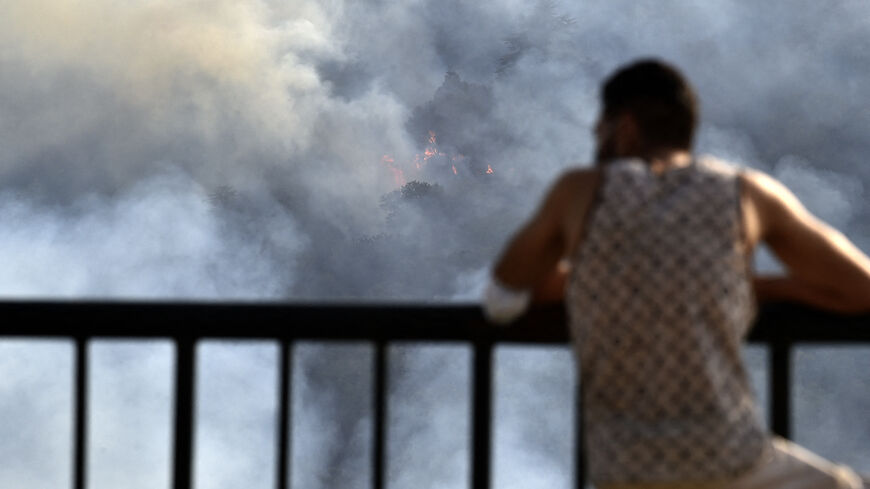 Algeria blamed the deadly fires raging across the country on two groups it considers terrorist organizations, one of which Algiers accused of links to Israel and Morocco.

Algerian officials have previously said the wildfires that erupted earlier this month were the work of arsonists and on Wednesday, the president’s office announced the arrest of 22 people accused of involvement.

A statement said the suspects were linked to either the Islamist Rashad group or MAK, a separatist movement in Algeria’s Kabylie region. Both are designated as terrorist organizations by the North African country.

The president’s office said MAK “gets support and help from foreign parties, particularly Morocco and the Zionist entity.”

Algeria doesn’t recognize Israel and said it would be reviewing relations with Morocco in light of the "incessant hostile acts." Relations between the North African neighbors were already strained over Western Sahara, where the Algeria-backed Polisario Front has fought Morocco for control of the territory.

There will be an “intensification of security controls on the western borders” with Morocco to arrest additional suspects and members of Rashad and MAK, the Algerian statement said.

Since Aug. 9, forest fires in northern Algeria have killed at least 90 people, many of them soldiers deployed to contain the blaze in the Tizi Ouzou region in Kabylie. Police said Tuesday they had arrested 61 people linked to the lynching and burning of a man who was falsely accused of starting the fires in hard-hit Tizi Ouzou.