A well-off minority is the driving force behind vibrant consumption in Turkey, but the party might not last long as inflationist pressures increase and the country’s current account deficit widens. 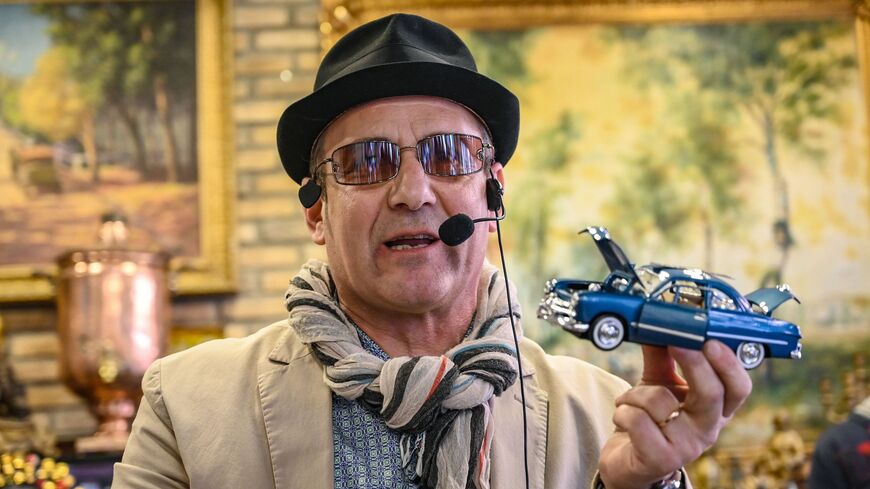 Auctioneer Ali Tuna shows items to the audience at an auction house in Istanbul's Balat district on Feb. 3, 2019. - OZAN KOSE/AFP via Getty Images

Home and car sales have perked up and shopping malls and entertainment venues appear quite lively in Turkey, even as an unyielding inflation and rife unemployment continue to haunt the country’s ailing economy. What to make of this seemingly contradictory trend? Are some Turks throwing barbeques on the flames of inflation?

Soaring prices remain the main problem of the Turkish economy, which was already in dire straits when the COVID-19 pandemic hit early last year. Having climbed to 17.5% in June, Turkey’s annual consumer inflation is likely to easily reach 20% in the coming months, given the much higher increases in producer prices — 43% in industry, 30% in services and 22% in the agricultural sector. The prevailing view among observers is that the big gap between consumer and producer inflation will soon translate into fresh price hikes for consumers.

Fighting inflation requires monetary tightening. In other words, Turkey’s economic management ought to discourage consumption and encourage saving, and the central bank needs to hike its current 19% policy rate to make the embattled Turkish lira more appealing to domestic depositors and foreign investors alike in the face of rising inflation. Tightening credit taps would be another inevitable measure to curb the domestic consumption appetite.

Turkey’s central bank, however, has come to function as a department of the presidential office, and President Recep Tayyip Erdogan’s aversion to hiking interest rates and cooling the economy have dampened hopes that inflation would be reined in among both domestic and foreign actors.

Expectations of surging inflation coupled with the dramatic depreciation of the lira have led many to keep their savings in hard currencies. Another way to protect one’s money against inflation is to turn it into durable goods or properties before prices increase further; hence the recent increase in home and car sales. Home renovations, purchases of new furniture and spending on travel deferred by the pandemic are other types of consumption driven by the specter of higher prices — for, of course, the small minority with deep pockets.

The Turkish statistical institute’s annual income survey, released last month, shows that about a fourth of the country’s population of 83 million receives half of the total income. According to a more detailed breakdown, the richest 10% receive 32.5% of the total income, meaning that some 8 million people are little affected by the price increases. The ostensibly vibrant consumption is essentially the consumption of this well-off minority.

In June, home sales in Turkey increased by about 75,000 from the previous month to reach more than 135,000, according to official figures. Less than 20% of them were mortgaged sales, with the bulk of buyers using their own financial means. The trend is expected to continue in the coming months.

As for automobiles, sales stood at more than 310,000 in the first half of the year, up 52.4% from the same period in 2020. Sales of light commercial vehicles were also on the rise, increasing by 67% to 85,000 in the same period. The car demand is similarly expected to continue in the next several months.

Another factor adding impetus to consumption is the increased flow of foreign visitors in June following the lifting of pandemic restrictions. The number of foreign visitors is expected to grow, not least because the lira’s depreciation has made Turkey cheaper for foreigners of means. In the first five months of the year, only 3.7 million foreigners visited Turkey, a 14.3% decrease from the same period last year. In pre-pandemic times, nearly 13 million tourists had visited Turkey in the first five months of 2019.

Middle Eastern visitors have also been reportedly boosting home sales, especially in Istanbul as well as in the neighboring provinces of Bursa and Yalova, where thermal hot springs have long been a favorite destination of Arab tourists. There are also signs that foreign demand for health tourism to Istanbul, including the hair transplants highly popular with Middle Easterners, could be perking up to its pre-pandemic levels.

However, consumption revivals that do not earn the country hard currency are not good for inflation. Turkey’s economy is heavily reliant on imports, which stokes the demand for foreign exchange. Thus, inadequate inflows of hard currency amount to weaker exports and higher foreign-exchange prices. For quite a while, the price of the dollar has remained above 8.5 liras amid global financial headwinds that discourage foreign investors from putting money in emerging economies like Turkey’s. The country's $190 billion external debt that needs to be rolled over in the next 12 months and the nearly $30 billion current account deficit that the country needs to finance stand out as other major factors that keep the demand for foreign exchange high. On top of all this, locals continue to view hard currencies as a safe haven to protect their savings against the slump of the lira.

As a result, rising foreign-exchange prices have boiled down to increased costs for import-reliant Turkish producers, which are inevitably reflected on consumer prices, even if belatedly or partially.

In sum, the masses grappling with declining purchasing power against inflation and the nearly 10 million who are jobless represent a more poignant, harsher reality of the Turkish economy than those enjoying the barbecue. Moreover, the party is unlikely to last long as the consumption revival threatens to create additional inflationist pressure and aggravate the country’s current account deficit.