Two Jordanians sentenced to prison over purported plot against state 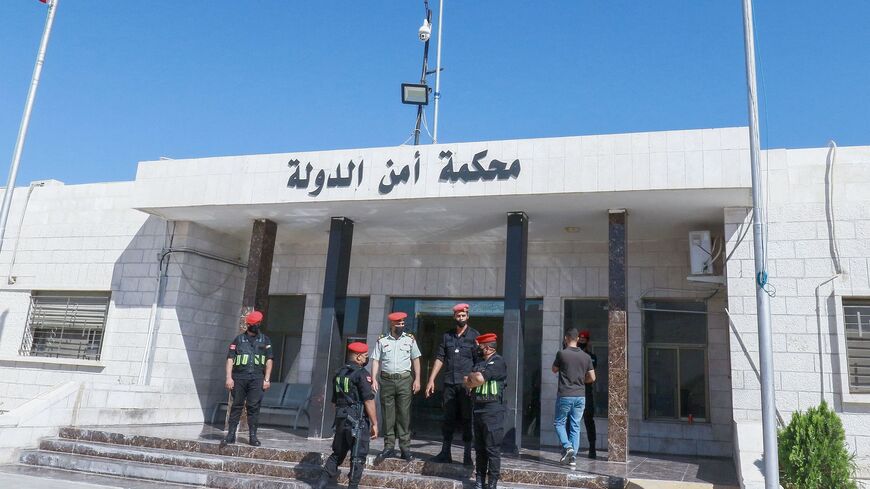 Officers stand guard outside Jordan's State Security Court as it is set to announce its verdict in the trial of two officials accused of helping Prince Hamzah try to overthrow his half-brother King Abdullah II, in the capital Amman on July 12, 2021. - KHALIL MAZRAAWI/afp/AFP via Getty Images

A Jordanian court sentenced two men to 15 years prison after finding them guilty of plotting against the government.

The Jordanian government announced in April that there had been a alleged plot to destabilize the kingdom. The government claimed that the operation had foreign backing, though few details on the conspiracy have been released. Much of the controversy surrounded the purported role of former Crown Prince Hamzah Bin Al Hussein, who is half-brother to Jordan's King Abdullah II.

The news was somewhat shocking in Jordan, which is a constitutional monarchy with relative political stability in the Middle East. The saga ended after a few days when Hamzah signed a loyalty pledge to the king.

Later in April, state prosecutors released 16 officials who had been arrested on sedition charges in relation to the purported plot. Awadallah and bin Zaid were not released because their level of involvement differed from the others who were implicated, a prosecutor said at the time.