Two Jordanians, a former finance minister and a member of the royal family arrested in connection with the apparent plot, remain in detention. 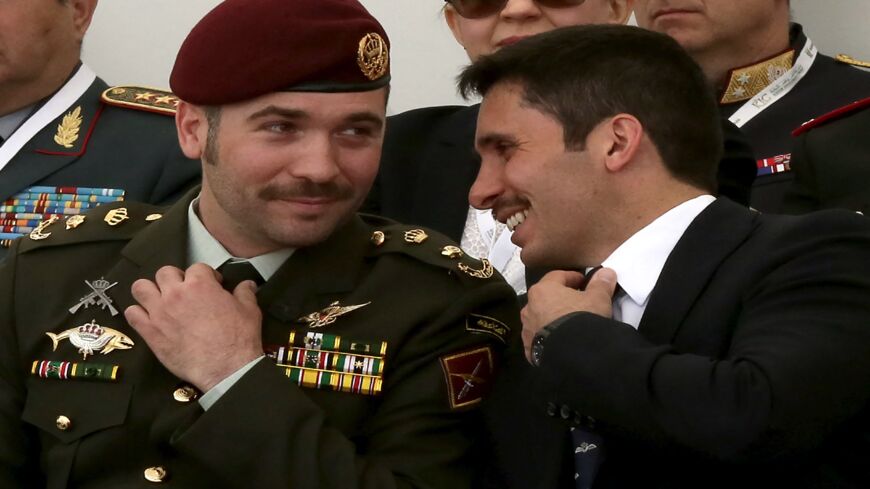 Jordan has released 16 officials arrested on sedition charges earlier this month over an apparent plot to destabilize the kingdom with the help of the former crown prince, state media said. “Based on King Abdullah II’s concern for the interest of the homeland and the citizen, and that he said we are in the month of mercy and forgiveness (Ramadan), a number of detainees were released,” said state prosecutor Brig. Gen. Hazem Al-Majali, according to the official Petra news agency.

Two of 18 officials arrested in the crackdown remain in detention. Bassem Awadallah, a former finance minister, and Sharif Hassan bin Zaid, a minor member of the royal family, were not released because of the “degree of incitement, which differ[ed] from the rest of the defendants who were released,” said Majali.

Security sources told Reuters that most of those released on Thursday were close aides to Prince Hamza, the king’s half brother who claimed on April 3 that the government had placed him under house arrest.

In videos provided to the BBC by his lawyer, the 41-year-old prince said he wasn’t allowed to leave his home and his phone lines had been cut. He criticized the “ruling system” for corruption but denied being part of any coup attempt.

Hamza, the oldest son of the late King Hussein and Queen Noor, was Jordan’s crown prince for four years until Abdullah ascended to the throne and gave the coveted royal title to his son in 2004. Jordanian officials alleged that Hamza had been communicating with "foreign entities" over a “malicious plot” to undermine the government and seek power for himself.

Days later, Hamza signed a pledge of support for his older half brother. In televised remarks on April 7, the king downplayed the family feud and said Hamza was in his “care” at the palace with his family.

The royal rift in Jordan, an important US ally and counterterrorism partner, threatened to undermine the Arab monarchy’s standing as one of the most stable Middle East countries. President Joe Biden was quick to signal support, calling Abdullah to “underscore the importance” of the king’s leadership, according to the White House.