Former royal court chief Bassem Awadallah, who also is a US citizen, and Sharif Hassan bin Zaid, a minor member of the royal family, were each sentenced to 15 years in prison for allegedly trying to destabilize the kingdom. 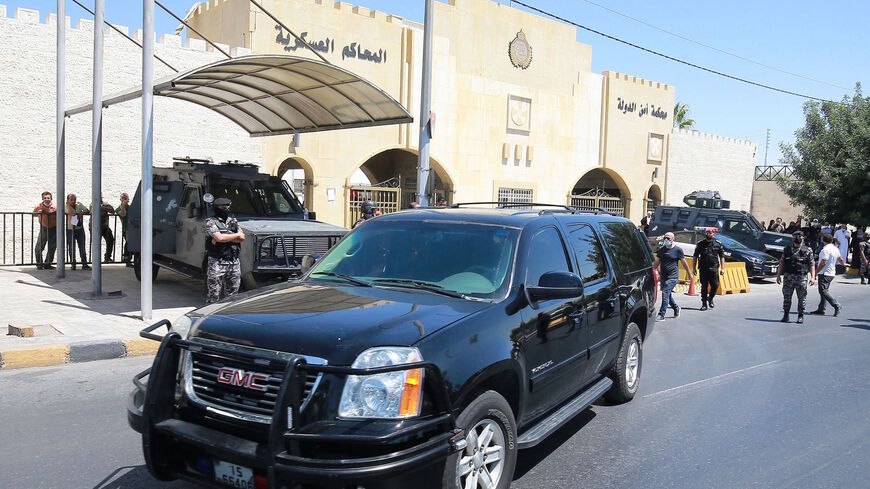 A car transporting former Jordanian royal adviser Bassem Awadallah leaves the State Security Court after a verdict was announced in his trial alongside another official, accused of helping Prince Hamzah try to overthrow his half-brother King Abdullah II, in Amman on July 12, 2021. - KHALIL MAZRAAWI/afp/AFP via Getty Images

A Jordanian court on Thursday upheld the convictions of a former royal adviser and the king’s distant cousin, who were found guilty of sedition for plotting to overthrow the monarchy.

A state security court in July handed 15-year sentences to ex-royal court chief Bassem Awadallah, who is also a US citizen, and Sharif Hassan bin Zaid, a minor member of the royal family, to 15 years in prison. The pair, who had pleaded not guilty, were accused of conspiring to destabilize the kingdom with Prince Hamzah bin al-Hussein, a former crown prince who is the half brother of King Abdullah II.

The court of cessation on Thursday denied their appeal request, saying it agreed with the earlier court ruling that Awadallah and Sharif Zaid are guilty of “sowing discord” and "inciting opposition to the political regime.”

"The court finds the acts committed were tangible activities that found their expression in ways meant to encourage and prod against the political system in Jordan," the court said in a statement.

Awadallah’s US-based lawyer, former federal prosecutor Michael Sullivan, has slammed the “complete lack of due process.” He has also alleged that his client was tortured, subjected to solitary confinement, and forced to confess to the alleged plot.

The Associated Press reported last month that the US Embassy in Amman has expressed its concerns to the Jordanian government about the allegations, including the denial of family visits.

Jordan's public prosecutions office has denied any mistreatment of Awadallah, who also served as special envoy to Saudi Arabia and later as an adviser to Saudi Crown Prince Mohammed bin Salman.

The two were arrested in April, along with 16 other Jordanians, on sedition charges, but all but Awadallah and bin Zaid were later released. Many of those detained were close aides to Hamzah, the oldest son of the late King Hussein and Queen Noor, who claimed in April that the government had placed him under house arrest.

Jordanian officials alleged that Hamzah had been communicating with "foreign entities" to undermine the government and seek power for himself. Days later, Hamzah signed a pledge of support for his older half brother.

The alleged coup attempt in Jordan, an important US ally and counterterrorism partner, threatened to undermine the Arab monarchy’s standing as one of the most stable Middle East countries.