The strikes were the first since Israeli Prime Minister Naftali Bennett took office. 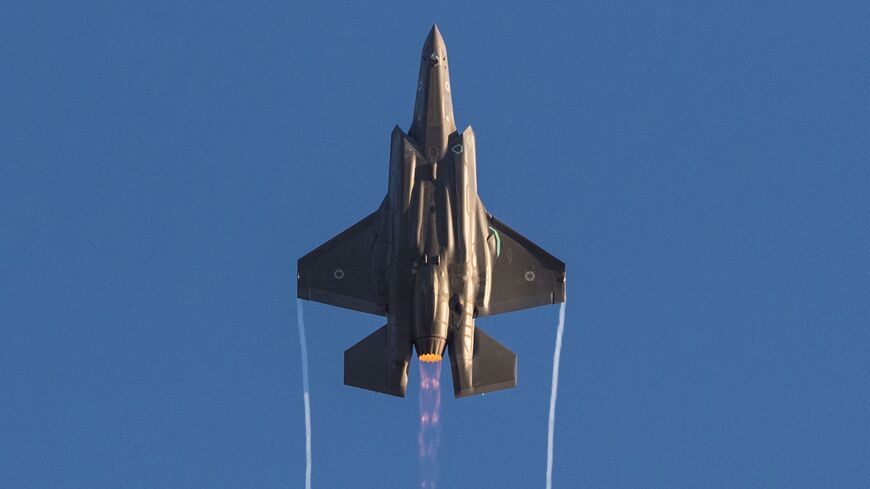 An Israeli Air Force F-35 Lightning II fighter jet performs during an air show at the graduation ceremony of Israeli air force pilots at the Hatzerim Israeli Air Force base in the Negev desert, near the southern Israeli city of Beer Sheva, on June 29, 2017. - JACK GUEZ/AFP via Getty Images

The Syrian military’s air defense forces responded to “Israeli missile aggression on a number of posts” in the Al-Safirah region southwest of Aleppo. The strikes began at 11:37 p.m. local time and caused material damages. Syrian forces downed some of the missiles, the government’s official SANA news outlet reported.

Israel is suspected of carrying out regular airstrikes in Syrian territory, though the Israeli military rarely confirms it. The missiles have hit both Syrian military and Iran-backed militia targets in the country. The previous most recent strikes occurred in June. Monday’s operation was the first under new Israeli Prime Minister Naftali Bennett, who took office last month.

Iranian forces are in Syria to help the government in its war against rebel groups. Israel views the Iranian presence as a threat due to the Islamic Republic’s threats against Israel and its support for proxy groups like Hezbollah who are in conflict with Israel.