Syria said it downed several missiles it says came from Israel, but there are also reports of casualties. 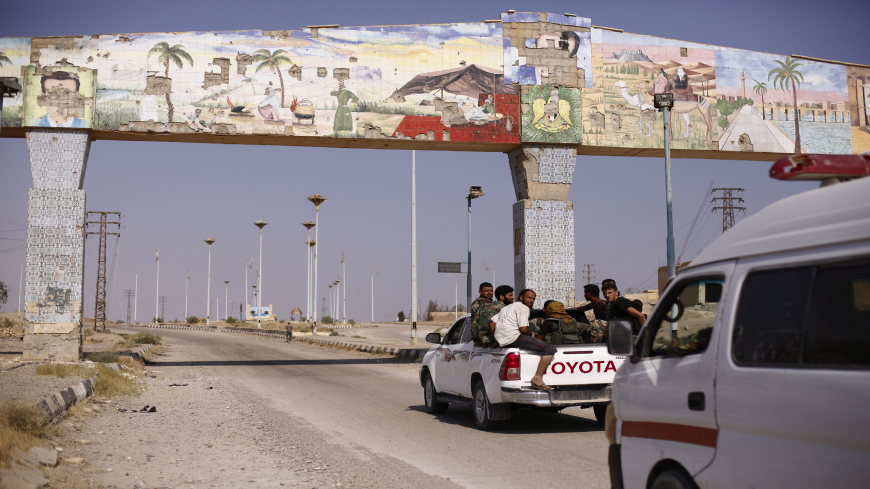 Syrian army soldiers ride on the back of a truck in al-Bugilia, north of Deir al-Zor, Syria September 21, 2017. - REUTERS/Omar Sanadiki

This morning’s aerial assault targeted Syrian military sites outside the central city of Hama. The Syrian army said the missiles were Israeli and claimed to have downed many before they reached their targets. The damage was “material,” the Syrian Ministry of Defense said in a statement.

Syrian state media SANA also reported that two soldiers were killed in airstrikes Tuesday night near Deir ez-Zor in the east and in Suwayda, the location of recent anti-government protests, in the south. SANA did not say who carried out these airstrikes, calling them “missile aggression.”

The UK-based Syrian Observatory for Human Rights monitoring group said the two deaths were Syrian soldiers killed by Israeli airstrikes last night against a communications center used by the military and Iran-backed militias outside of Suwayda. The center sustained heavy damage. The observatory also reported that Israeli airstrikes killed five members of Iran-backed militias and destroyed one of their bases in Deir ez-Zor the same evening.

Iran is a major ally of the Syrian government. Syria holds strategic value for Iran due to its Mediterranean access and proximity to Lebanon. Israel views Iran’s presence in neighboring Syria as a threat, given the animosity between the two countries and the conflict between Israel and Iran’s ally Hezbollah in Lebanon.

Israel rarely comments on such strikes, but it is suspected of increasing its attacks on Iran-aligned forces in Syria this year. In late April, then-Israeli Defense Minister Naftali Bennett said, “We have moved from blocking Iran’s entrenchment in Syria to forcing it out of there, and we will not stop.” Bennett made the comment following a suspected Israeli aerial attack in the country. His comments appeared to confirm Israel’s involvement in the airstrikes against Iranian targets in Syria.