Sultan of Oman wraps up two-day visit to Saudi Arabia 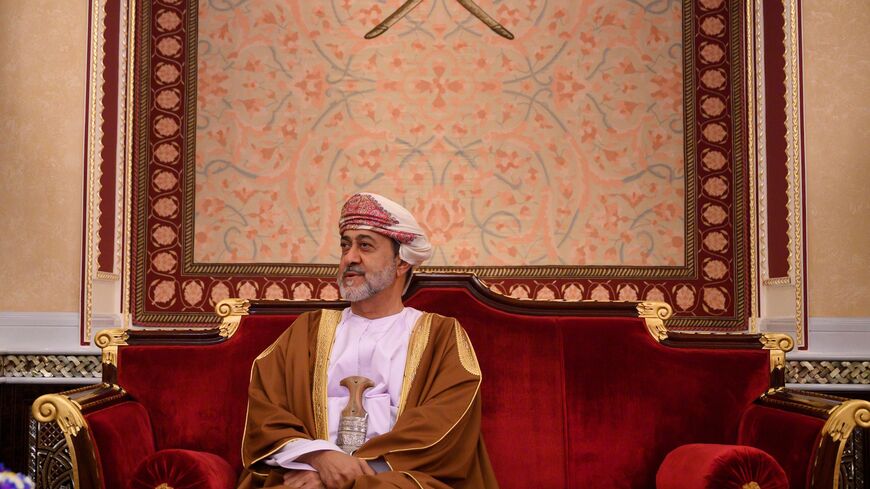 Oman's Sultan Haitham bin Tariq meets with the US secretary of state at al-Alam palace in the capital Muscat on Feb. 21, 2020. - ANDREW CABALLERO-REYNOLDS/AFP via Getty Images

The Sultan of Oman finished an official visit to Saudi Arabia on Monday.

The two rulers discussed ways to further enhance Oman-Saudi relations, according to the official Oman News Agency. They also discussed regional affairs including the Saudi cease-fire proposal in Yemen and Iran’s nuclear energy and missile programs.

“They also stressed the importance of cooperation and dealing in a serious and effective manner with the Iranian nuclear and missile issue with all its components in a way that contributes to realizing regional and international security and stability,” the two Gulf states said in a joint statement.

The sultan also met with Saudi Arabia’s controversial Crown Prince Mohammed bin Salman in the futuristic city of NEOM, according to the official Saudi Press Agency, and with numerous Saudi officials from the military, religious and health sectors.

Haitham ascended to the throne last year following the death of his cousin Sultan Qaboos, who led the country for several decades. The Saudi visit was his first foreign trip as sultan.

Correction: July 14, 2021. An earlier version of this article incorrectly identified Sultan Haitham as the son of Sultan Qaboos, rather than his cousin.