Moscow has officially lifted the ban on flights to Egyptian resorts six years after a devastating air incident. 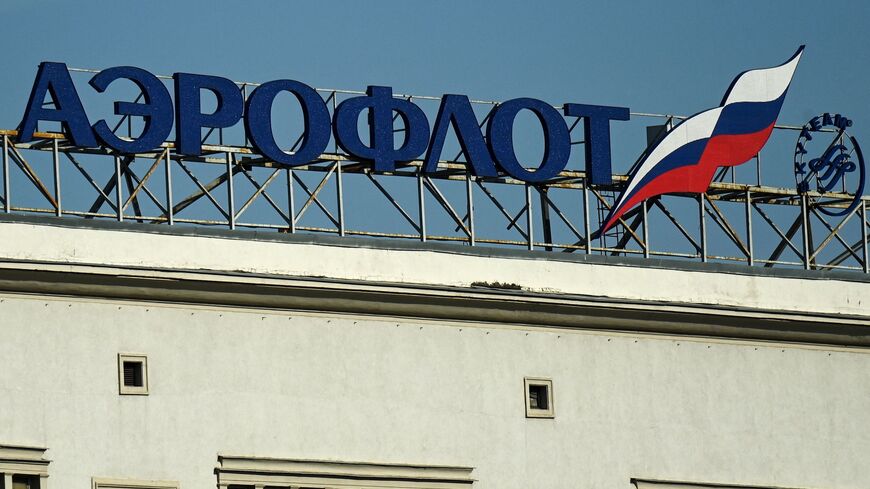 The logo of Russia's airline Aeroflot is seen on top of a building in central Moscow on April 12, 2021. - KIRILL KUDRYAVTSEV/AFP via Getty Images

CAIRO — Russian President Vladimir Putin has officially lifted restrictions on flights to Egyptian resorts in a July 8 decree, ending a ban on airlines in Russia from operating any flights to Egypt except to the capital, Cairo.

Russia imposed the ban after an explosive device detonated in a Russian passenger airliner over the Sinai Peninsula on Oct. 31, 2015, killing all 224 people on board.

Egyptian Deputy Minister of Tourism and Antiquities Ghada Shalaby said in a press statement that workers in the tourism sector warmly welcomed the decision and flights will resume on a date to be determined. She said it will also make it easier for Russian tourists to visit tourist destinations in Egypt. Instead of coming through Cairo International Airport, they will be able to fly directly to Egyptian resorts. The simplification of travel, she continued, will lead to an increase in tourism.

She said that Egypt expects the number of Russian tourists to reach 300,000 to 400,000 per month, according to information from tour operators.

Speaking to Al-Monitor, Shalaby said that the Ministry of Tourism and Antiquities is monitoring the coronavirus-related measures taken by tourist and hotel facilities. She said that the ministry is currently working with hotels to bring them in line with international standards, improving the services provided to tourists.

Elhamy el-Zayat, former head of the Egyptian Federation of Chambers of Tourism, told Al-Monitor that the Russian decision is a major breakthrough for Egyptian resorts, especially in Sharm el-Sheikh and Hurghada. He said he expects Russian tourist numbers to reach nearly 1.5 million per year.

Zayat said that the business is sorely needed by hotels, some of which were on the verge of closing down as a result of the pandemic, and the tourism industry in general.

He added that Russian tourists may not be big spenders but they come in large numbers and there is little need to promote Egyptian tourism in Russia because Egypt is already a popular destination.

The Egyptian Ministry of Foreign Affairs warmly welcomed the Russian decision to resume flights and expressed hope for the speedy return of Russian tourism to Egyptian resorts. In a press statement on July 8, the ministry wrote that the decision boosts bilateral relations and cooperation on tourism and reflects the strength of Egyptian-Russian relations.

Amr Hendy, the undersecretary of the parliamentary Tourism and Aviation Committee, praised the Russian decision, expressing optimism that Russian tourists will return to resorts. Hendy told Al-Monitor that the decision will breathe new life into the tourism sector after the heavy losses from the pandemic. He noted that the decision is long overdue, considering that Egypt has enjoyed security and safety for a long time.

He said that there is continuous cooperation between the parliament, represented by the Tourism and Aviation Committee, the Ministry of Tourism and Egypt's hospitality industry on precautionary measures to protect tourists and workers in the tourism sector against the virus.

He said that during the ban, the Egyptian and Russian sides worked together to ensure the safety of Russian tourists, ultimately prompting Putin to lift the ban.

Amr Sedky, the former chair of the parliament’s Tourism and Aviation Committee, praised the Russian decision to lift the ban. He told Al-Monitor that the influx of Russian tourists to Egypt will grease the wheels of the tourism sector in Egypt. He added that this decision demonstrates the strength of Egyptian-Russian relations and shows that the Egyptian state has managed to improve its relations with the world, especially Russia, as exemplified by the great development in relations between the two countries under President Abdel Fattah al-Sisi.