A new report quantifies disparities in how the coronavirus crisis has affected Israel's Arab population. 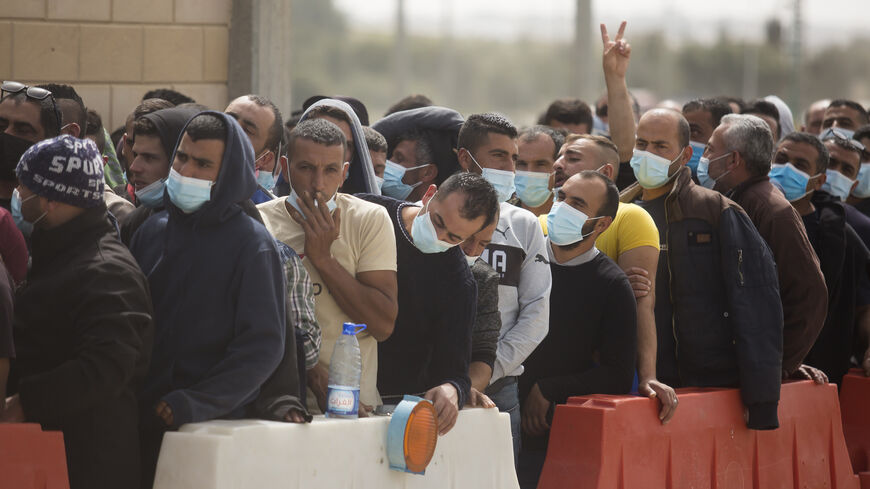 Palestinians who work in Israel wait in line to receive the first dose of a Moderna Covid-19 vaccine by Israeli medical workers in Meitar crossing checkpoint between the West bank and Israel on March 9, 2021 in Meitar, Israel. - Amir Levy/Getty Images

The Israeli Employment Bureau published a new report June 27 on the Arab population’s job situation during the coronavirus crisis, revealing what has been clear to anyone watching the issue — that the coronavirus crisis has affected the Arab population more greatly than the Jewish population. As of April 2021, the employment rate among the Arab public — men and women — was only 36.6%, 11.7% lower than before the pandemic. There was a smaller decline in employment of about 8.4% and 7.2% among ultra-Orthodox and non-ultra-Orthodox Jews, respectively.

Some observers say that COVID-19 will not go away and we must learn to live with it. Only last week, the head of the School of Public Health at Ben-Gurion University, Nadav Davidovitch, argued, “We are entering a new stage of the pandemic: learning to live alongside the coronavirus.”

With the outbreak of the pandemic, vital restrictions imposed to stop the spread of the virus led to the firing and furlough of hundreds of thousands of workers in Israel. According to reports prepared by the research department of the Knesset and presented to the special committee on Arab community affairs that convened June 30, during the first lockdown Arab and Jewish workers were fired or furloughed at similar rate: about 23% of workers from each group. But afterward, Jewish workers returned to work at higher rates than Arabs.

The data also showed that far fewer Arabs than Jews worked from home, an option that expanded substantially during the crisis and crucially allowed some parents to work and watch their children while schools were closed. The gap between Arabs and Jews relating to working from home stems indicates an underrepresentation of Arab workers in fields that enable remote work, such as technology.

Of course, Israel's Arab population is not homogenous and there are variations in education levels and digital work skills among its various subgroups. The employment bureau report shows that among Christian Arabs the rate of return to work was much higher than the rest of the Arab population, especially in east Jerusalem and the Negev Bedouin, where language barriers and lower human capital are main roadblocks to return to the job market.

There is a desperate need for more employment opportunities and training programs to suit all job seekers in the Arab community and reach those with poor Hebrew-language skills or low general job skills. The issue has grown more urgent with Finance Minister Avigdor Liberman’s decision to end unemployment payments for those younger than 45.

Integrating the Arab population in the workforce could be an engine for growth for the Israeli market in general and diminish negative phenomena like the black market and the crime and violence rampant in almost every Arab town.

Saif said that the government must fund a multiyear program to close the gaps, adding, "No less important, in the short term, the government needs to invest resources to encourage the return of young Arabs to the job market by means of job training and improving young people’s job skills, subsidizing salaries and support for business and entrepreneurship. In the long term there’s a need to fund new five-year plans [in reference to the economic development plans for the Arab sector] that emphasize education, strengthening local authorities and ending violence, investment in economic, transportation, planning and construction infrastructure.”