The killing of an 18-year-old girl who refused to marry her cousin at the hands of her relatives in the countryside of Hasakah sparked anger and ignited controversy on social media. 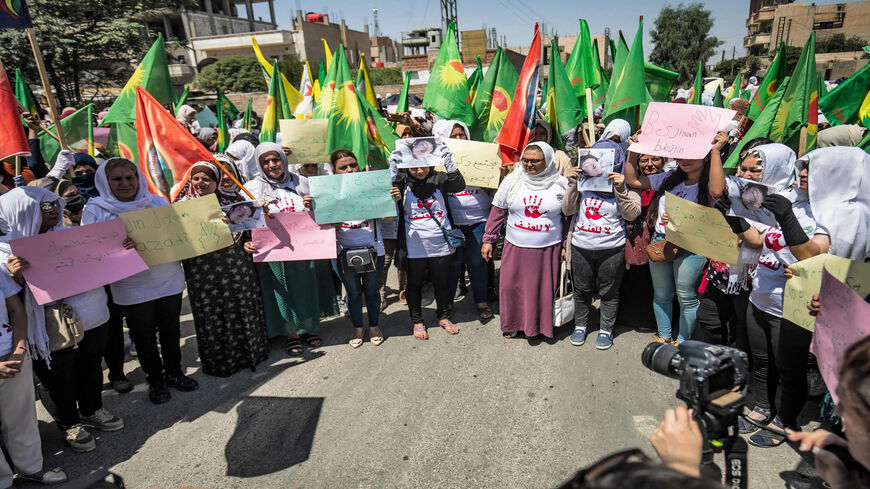 Syrian activists have recently circulated on social media video footage showing a group of young men killing Eida al-Hamoudi, 18, in an area in the countryside of Hasakah province, in northeastern Syria.

In the video, a group of young men dragged the girl to an abandoned house. They were howling chants calling for revenge and washing away shame and dishonor. The girl was thrown to the ground and fired at with live bullets as she pleaded for her life. She ended up being brutally killed for the sake of preserving honor.

Sources from the Hasakah countryside told Al-Monitor that Hamoudi was killed because she refused to marry her cousin and ran away with a young man she allegedly loved. She was pursued by members of her tribe and killed in an abandoned house in the countryside of al-Malikiyah, north of Hasakah.

The sources said that the young man with whom the girl had purportedly ran away had asked her family for her hand in marriage, but his request was rejected. Tribal customs give male family relatives priority in marriage and any suitors from outside the family or tribe may be rejected.

In response to this crime, social media activists launched Arabic hashtags that translate into “right of the girl of Hasakah” and “protecting Syrian women,” calling for the prosecution of those who have murdered women.

Condemning the heinous crime, law expert Yasmine Benshi said in a July 4 Facebook post, “They killed her in cold blood under the pretext of washing away shame and preserving honor. More than 20 men, including a woman, gathered to kill the young woman. [They included] her cousin whom she refused to marry, her father and her brothers. Is this proof of manhood? Are they proving they are men by killing their own flesh and blood? Did customs and traditions supersede religions? We are still hearing stories like these. We need a hundred revolutions against these societies.”

On the same day, Syrian cleric Mohammad Habash wrote on his Facebook page about the murder of Hamoudi. He said, “These villains are criminals under the pretext of honor. They acted with no honor, conscience or humanity against a girl they accused of sin. They committed and filmed a premeditated and deliberate murder.”

Habash called on the clergy to criminalize the perpetrators, saying, “Every Muslim in Syria who believes in the prophet of mercy must condemn this crime and reject any vile justification for the killing of this innocent girl. There are no expressions that justify this brutality. It is certain that religion does not protect them in any shape or form.”

He noted that according to Islam, the mission of the Prophet Muhammad is to act as a reminder and not a controller over believers. “This is a cruel criminal murder whose punishment is hell and misfortune,” Habash continued.

Also on July 4, Syrian journalist Akram Khuzam shared on Facebook a post that he titled, “A nation rushing toward more brutality.” He wrote, “The 18-year-old Hasakah girl hails from Hasakah in Syria. The family thought after her refusal to marry her cousin that she was in love with the neighbors’ son. A dozen of her family members and neighbors executed her. In a blink of an eye, the young beasts ended her life in a hail of bullets.”

In regard to the killing, Limar Ibrahim, a Sweden-based Syrian women's rights activist, told Al-Monitor, “The reason for honor killings is the security chaos in Syria. In my opinion, honor killings have always existed in our society, but social media platforms are shedding light on them and exposing them to the world. A combination of political, patriarchal, religious, social and tribal motives encourage killing women under the pretext of protecting honor. Honor is worth more than a woman’s life.”

She said, “To end this phenomenon, applicable laws must be enforced rather than customs and tribal and community laws, and awareness of women’s rights should be raised. Honor killings not only happen in times of war, but obviously war has entrenched the law of the jungle, which has encouraged such crimes. Strict laws are needed in the absence of a civil state authority.”

Ibrahim stressed the need to educate the younger generations and women about their rights in order to prevent honor killings and cases of violence against women. “Feminist ideas should be spread in society. This education must start early in schools,” she noted.

She argued that the solution to honor killings is to break the taboos in the eastern societies. “Light should be shed on these crimes. We should put an end to the culture of blaming the victim, which justifies sexual harassment and murder. We need to start educating the new generations to rid themselves of the absolute dependence on ideas or people, focus on gender equality and abolish the concept of honor, which gives preference to the male."

Ibrahim concluded, "Unfortunately, Syrian women face a patriarchal dictatorship and a misogynistic society. The situation of women in opposition areas is not much better amid the clear breakdown of security and the prevailing chaos. Also, awareness should be raised on the need for rules to protect women and their rights.” 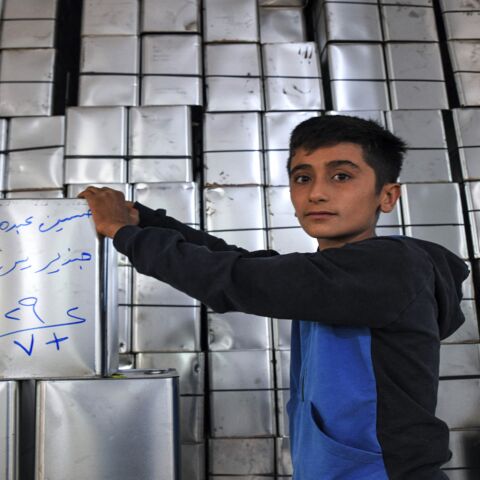