Israeli Foreign Minister Yair Lapid said after his meeting with Cypriot counterpart Nikos Christodoulides that Israel is concerned over what it considers a Turkish provocative move in northern Cyprus. 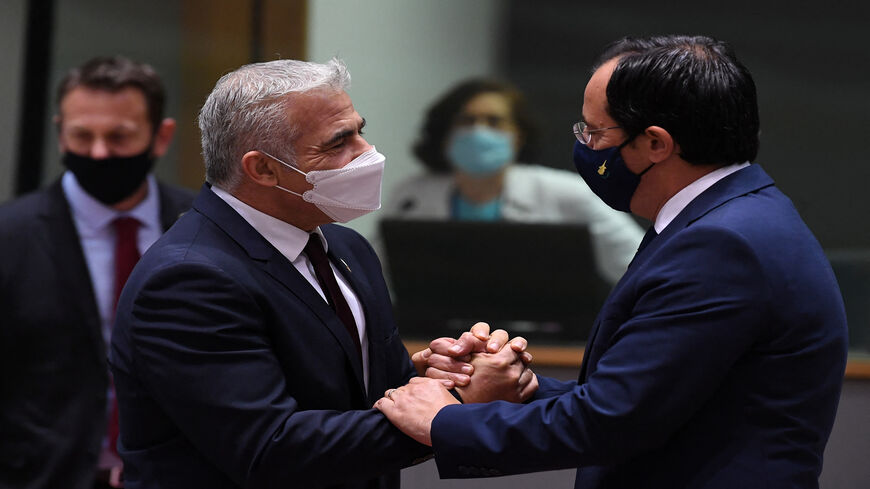 Israeli Prime Minister Naftali Bennett met July 27 in Jerusalem with Cypriot Foreign Minister Nikos Christodoulides, who is in Israel for a two-day-visit. The Cypriot minister met July 26 with Foreign Minister Yair Lapid and later with President Isaac Herzog. According to the Israeli Foreign Ministry, Lapid expressed in the meeting "deep concern regarding the provocative Turkish actions in Cyprus." The ministry stated that the two foreign ministers also discussed bilateral cooperation, including trade, water and energy. The office of Herzog noted the strong bilateral ties between the two countries, stating that the two men discussed these ties, "as well as regional and international issues of common interest."

Lapid was reacting to the July 20 announcement by the authorities in the self-declared Turkish Republic of Northern Cyprus on a partial reopening of the abandoned town of Varosha for potential resettlement. The decision by Turkey and Turkish Cypriot leaders was slammed by Greece, Cyprus and by several other world leaders, including Secretary of State Antony Blinken. On July 23, the United Nations Security Council demanded the immediate reversal of the unilateral decision.

The head-of-state reception offered by Jerusalem to the Cypriot foreign minister, combined with the statements delivered at the meetings in Jerusalem, were certainly not banal. They sent a clear signal to Ankara, that Jerusalem is taking side with Cyprus and with Greece in the dispute over northern Cyprus.

Much like the vast majority of the international community, Israel has not recognized the Turkish-backed government in northern Cyprus. Still, over the years, Israel was cautious on this topic, limiting its diplomatic comments for two reasons. The first reason was continuous efforts by Jerusalem to rehabilitate ties with Ankara. Bilateral relations had deteriorated significantly in the last decade, ever since the Mavi Marmara flotilla in 2010, where Turkish activists were killed by Israel Defense Forces fire off the coast of the Gaza Strip. Israel has been trying over the years to restore ties, at least to some extent. The second reason for this Jerusalem policy of keeping quiet was the hope that the international community would not draw any parallels between Turkish occupation in that region and Israeli occupation of the West Bank.

During the past decade, Turkish President Recep Tayyip Erdogan supported the Palestinian cause and criticized Israel, with controversial remarks that bordered at times on anti-Semitism. Still, in the past few months, Ankara made clear efforts at reconciliation with Jerusalem, including positive statements by associates of Erdogan and even by Erdogan himself. This process of rapprochement reached a climax July 13, when Erdogan spoke on the phone with Herzog. It was a first such high-level conversation between leaders of the two countries in many years. They agreed to work jointly to improve and deepen bilateral relations.

On the backdrop of these developments, Jerusalem’s decision to put its close relations with Cyprus and Greece on display could be perceived by Ankara as deliberate provocation. This close relationship extends now to several strategic, security and economic domains, such as the East-Med undersea pipeline project, joint tourism ventures and cooperation in the fight against the coronavirus. More so, Jerusalem now aligns itself out in the open with the European Union. This is a significant change from former Prime Minister Benjamin Netanyahu’s euroskeptic approach. His government had rarely sided with EU diplomatic policies.