In a joint press conference with counterparts from Greece and Cyprus, Prime Minister Naftali Bennett pledged to continue and reinforce the trilateral cooperation between the three allies. 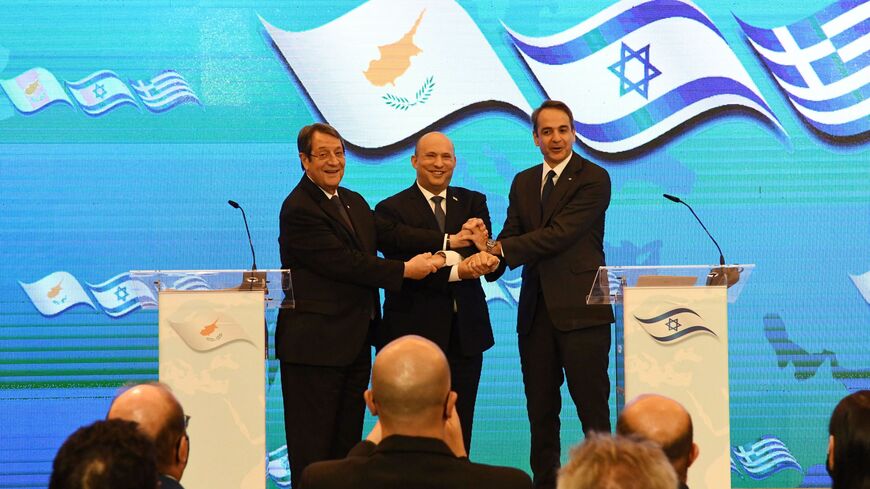 From L to R: Cypriot President Nicos Anastasiades, Israeli Prime Minister Naftali Bennett and his Greek counterpart Kyriakos Mitsotakis pose for a picture together during their trilateral summit in Jerusalem on Dec. 7, 2021. - RAFI KOTZ/AFP via Getty Images

Bennett stated at the presser, “We are three vibrant democracies bound by close geographical proximity. We are neighbors. And today we come together with one vision: to embrace the future and the opportunity that it holds for our peoples, our countries and our region. At the same time, we also recognize the threats in our complex region that are causes of joint concern. The concern for our climate, concern for the health and livelihoods of our people and the concern of our security in the face of terror. … Together we are stronger, and our meeting today is testimony of that.”

Bennett praised the three countries' efficient collaboration on the East-Med energy connection, the fight against the coronavirus pandemic and in many other areas. He said, “We are expanding our ties in fields of security, economy, technology, tourism. … Just last month I had the privilege of meeting the commanders of your air forces. They came to Israel to strengthen international military cooperation and to promote regional stability. So our countries are cooperating in air, with our energy projects our countries are cooperating at sea, and here today we can also say that we are cooperating on the ground. This trilateral alliance between Israel, Cyprus and Greece is good for our peoples, good for our countries and good for the region.”

Bennett seemed to reassure his counterparts that the trilateral alliance nurtured by former Prime Minister Benjamin Netanyahu is just as important to his own government. The Cypriot president also expressed satisfaction with the trilateral cooperation retaining momentum. “This is the eighth trilateral summit taking place, and the first one with Prime Minister Bennett,” he noted.

The Greek premier went further, stating that his country’s relations with Israel have never been better. Mitsotakis said, “The project of the international flight training center in Kalamata [in Greece] is the result and a testament of this durable strategic partnership that we have managed to forge over the past few years.”

Today's meetings come on the backdrop of efforts by Ankara to rehabilitate its ties with Jerusalem. Turkish President Recep Tayyip Erdogan got personally involved in the Nov. 18 release of the Oknins, the Israeli couple held in Istanbul, and said Nov. 29 that Turkey would take measures to improve its ties with Israel as well as Egypt.

Turkey's efforts have not gone unnoticed by Greece and by Cyprus. At the press conference, Mitsotakis did not directly address the issue, but commented on Greek and Cypriot grievances against Turkey. “Unfortunately, what we see from Turkey is a continued unacceptable aggression, both on land and in the maritime zone of Cyprus. These, and of course the plans for the settlement of the city of Varosha, will, if continued, condemn any attempt for a mutually acceptable solution,” he warned.

Bennett's warm words for his colleagues seem intended to reassure Athens and Nicosia that their trilateral security alliance ranks high on Israel's priority list, ahead of rehabilitating ties with Ankara. Jerusalem is unlikely to send an ambassador back to Ankara, at least not before the Turks make real progress on closing Hamas' offices in the country. 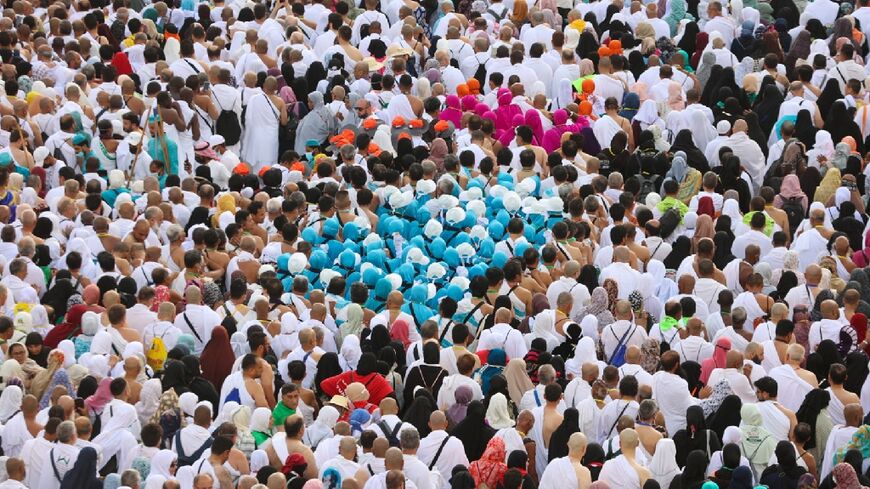