Iran's parliament has decided to temporarily suspend a controversial bill that would block Iranians from major social media websites. 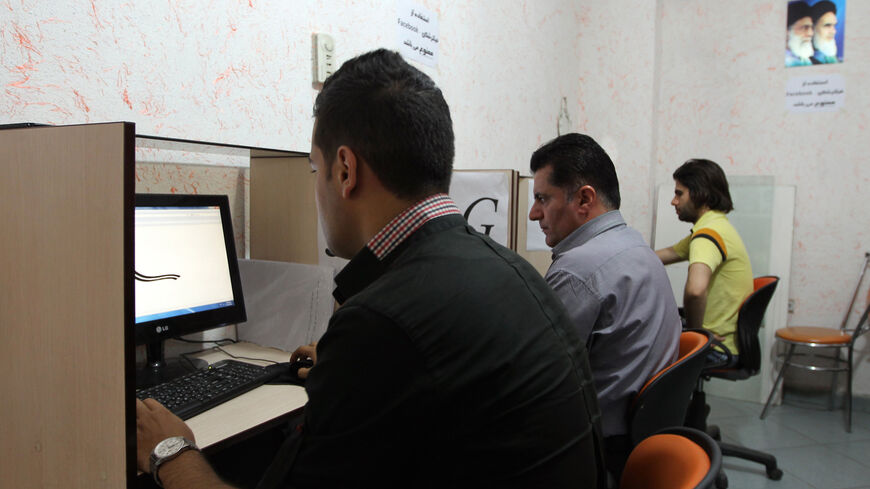 Iranians use internet at a cybercafe in the center of the Iranian capital, Tehran, on May 14, 2013. - ATTA KENARE/AFP via Getty Images

With protests raging all across the country over water shortages and electricity, Iran's parliament has decided now is not a good time to push through a controversial bill further limiting Iranian citizens’ access to the internet.

The bill, titled “protecting users in cyberspace and organizing social media,” was set to be publicly discussed on Iran's parliament floor July 26. The review of the controversial bill was suspended temporarily, according to Iranian media sources.

While many social media users were relieved that discussion of the bill was suspended, they remained concerned that legislators will put the bill up for a vote later. Seyed Ali Pourtabatabaei, a journalist from Qom, wrote on Twitter that the bill “hangs over the head of the Iranian people like a sword.”

Social media activists, instead of celebrating the suspension of action on the bill, urged users to take a proactive approach. Some recommended that people contact the offices of local parliamentary officials to express opposition to the bill. Activists also urged users to call a parliament floor hotline, specifically the speaker of parliament, and inform legislators of public opposition.  An online petition has collected over 400,000 signatures.

Some Iranians were upset that, given all the challenges Iranian citizens are facing, the parliament had even decided to put such legislation up for discussion and review. Yashar Soltani, managing director and editor-in-chief of Memari News website, tweeted, “If you had the slightest wisdom you would have put forth an emergency bill for a vaccine and protecting the health of individuals.”

The tweet was in reference to the coronavirus pandemic in Iran, which had killed over 300 people in the previous 24 hours. The country is going through its fifth wave of the pandemic. Since February 2020, there have been nearly 90,000 confirmed coronavirus deaths in Iran. Iranian officials, however, have said that this number could be twice as high. Iran's Health Ministry has offered a website for the elderly to register for the vaccine. At the moment Iranians have a choice between domestically made vaccines and a Chinese vaccine.