The issuing of a warrant for the arrest of an Iranian lawmaker apparently over his call for more transparency in the judiciary fans political infighting. 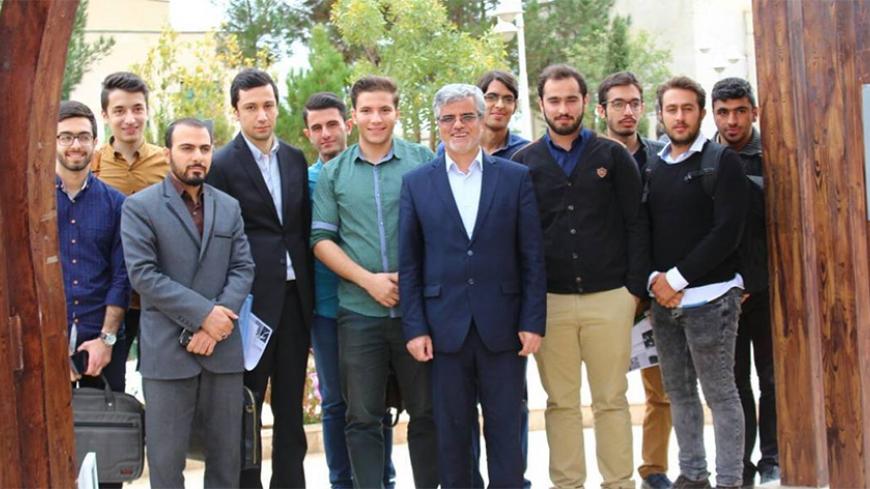 Iranian lawmaker Mahmoud Sadeghi (C) meets with students from the Farabi Campus of the University of Tehran, in Qom, Iran, in this undated photo. - Instagram/sadeghima

On Nov. 29, Reformist lawmaker Mahmoud Sadeghi appeared before the special court for culture and media in Tehran to answer questions about his recent comments on possible corruption among senior officials. He has been released after introducing a bondsman to the court, the official IRNA news agency reported.

According to the semi-official Fars news agency, Sadeghi has been summoned several times since August but has refused to appear before the court, citing his legislative immunity. Two days earlier, on Nov. 27, judicial authorities attempted to arrest Sadeghi at his home in Tehran with an arrest warrant based on the plaintiffs’ case against him.

The attempt to arrest him was halted after parliament Speaker Ali Larijani — a brother of judiciary chief Sadegh Larijani — and Vice President for Legal and Parliamentary Affairs Hossein Ali Amiri intervened in the case, ILNA news agency reported. A number of political activists also gathered in front of Sadeghi’s home to prevent the attempted detention.

The move to arrest Sadeghi appears to be the latest development related to the scandal over exorbitant salaries paid to state officials. Of note, intensified political infighting in recent months has also fueled the arguments over high salaries. On Aug. 10, when the debate was heating up, Iran’s parliament set up a new faction to supervise high wages and corruption. Sadeghi was elected as the head of this new faction, which was charged with helping ensure “transparency and purification of the economy.”

What put a spotlight on the member of parliament was his two-minute address before parliament Nov. 14 in which he remarked on the personal bank accounts of the judiciary chief. Sadeghi asked the justice minister to explain the reason behind the alleged transfer of public funds to the personal accounts of Sadegh Larijani. The judiciary chief in turn denied any illegal money transfers to his personal accounts, calling such allegations "100% lies," and criticized President Hassan Rouhani and the parliament speaker for not reacting to Sadeghi’s remarks.

Although the encounter between Sadeghi and Larijani seemed to be the reason for the judiciary’s exertion of pressure on the parliament member, Reformist Etemad daily reported Nov. 27 that the warrant for Sadeghi’s arrest was due to his comments about Yashar Soltani, the editor of the architecture website Memari News who found himself jailed after exposing the Tehran municipality’s apparent illegal sale of property below market value to Tehran city council members and other figures. According to Fars news agency, “Eight plaintiffs, doctoral students among them, filed complaints against Sadeghi,” accusing him of “spreading lies.”

On Nov. 28, prominent conservative and former parliament member Ahmad Tavakoli also criticized the judiciary’s actions, saying that “according to the constitution, warrants for the arrest of lawmakers should be announced to the parliament speaker, and in the present case, this did not occur.”

Ali Motahari, the parliament's outspoken deputy speaker who experienced the same kind of pressure in 2013 after a controversial address before parliament, also denounced the attempt to detain Sadeghi. Reformist Shargh daily on Nov. 28 quoted Motahari as saying, “A member of parliament criticizes an issue and immediately an arrest warrant is being issued against him. This person just asked for some explanations on one subject.”