Is Iranian parliament warming up to Rouhani? 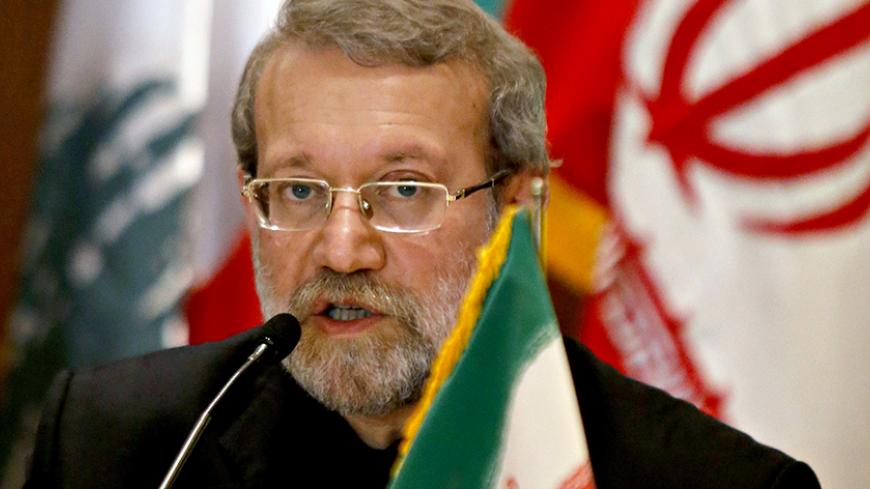 TEHRAN, Iran — On May 29, Ali Larijani was overwhelmingly re-elected parliament speaker for the third time. However, on a closer look, it appears that moderate President Hassan Rouhani is the victor.

The election only featured two candidates: moderate Principlist Larijani and Reformist Mohammad Reza Aref. Given their shared views on many matters, the Reformists tried to reach an agreement with Larijani. Yet the other side was apparently not willing to negotiate. On May 25, just four days before the vote, Aref said, “We didn’t reach a conclusion on having interaction with the other side about the speakership.”

When voting was finally held, it became apparent that Aref had obtained the votes of 103 of parliament’s 290 members — 70 votes less than cast in favor of Larijani. This means that aside from losing the support of independent parliamentarians, even a number of Reformist lawmakers refrained from voting for Aref.

Aref knew this would happen and had warned about it. “I’m surprised, and I should state that all List of Hope [members of parliament] must remain loyal to the Reformists,” Aref said. Yet Aref’s warning — as the head of the List of Hope, which was the primary Reformist ticket in the parliamentary elections — was not heeded.

In addition, some prominent figures within the Reformist camp believed that Larijani would be a better choice given the present situation. Gholamhossein Karbaschi, the secretary-general of the Executives of Construction party, said, “It is possible that the parliament may not be able to go on with its plans due to the harsh manners of the hard-liners. History shows that Mr. Larijani can do better in managing the hard-liners.”

Moreover, 70 of the 81 independent members of parliament reportedly voted in favor of Larijani. With Reformists and conservatives only having secured 121 and 83 seats, respectively, no side has the majority in parliament. As such, the independent parliamentarians were the final decision-makers in the speakership vote.

As always, after Larijani’s victory, the hard-liners attempted to portray the Reformists as the losers who claimed they had the majority. The hard-line Kayhan newspaper ran the headline “Almost nothing is the achievement of the [List of] Hope in parliament.”

However, the hard-liners’ applause and jubilation may not be real, as it is crystal clear that Larijani is the last person they ever wanted to see as speaker. In fact, the number of hard-liners in parliament is now so low that they had no option but to back Larijani. If they had at least 120 members of parliament among their ranks, they would have certainly rather chosen someone such as hard-line parliamentarian Mehdi Zolnour.

In fact, Larijani is the least favored candidate among hard-liners. Proof of this lies in their interruptions of one of his speeches and throwing shoes at him at a meeting only two years ago. In addition, Larijani has consistently been a target of hard-liners in past years over his support for Rouhani and the Joint Comprehensive Plan of Action. For instance, Hossein Shariatmadari, editor of Kayhan newspaper, publicly slammed Larijani for backing the nuclear deal. Moreover, in 2012, Morteza Agha-Tehrani, the secretary-general of the influential hard-line Endurance Front, said, “We are completely against choosing Larijani as parliament speaker.”

Less than a week before the speakership vote, on May 23, prominent hard-liner and former member of parliament Rouhollah Hosseinian revealed the hard-liners’ intentions for backing Larijani, “If we had a figure who had the grounds for gaining the votes for the speakership, we would have chosen him. Thus, currently, we don’t have anyone, and we have to back Larijani for the first year,” Hosseinian said.

In the speakership vote, Reformist Masoud Pezeshkian and moderate Ali Motahari — who won 158 and 133 votes, respectively — were elected as Larijani’s deputies.

In the voting, Pezeshkian and Motahari, whose names were both on the List of Hope, had two main rivals: hard-liners Hamid-Reza Haji Babaei and Mohammad Dehghan.

It should be noted that Motahari’s victory was a big blow to the hard-liners, who consistently criticize him harshly over his repeated public speeches in favor of the release of Mir Hossein Mousavi and Mehdi Karroubi, the two 2009 presidential candidates who have been under house arrest since 2010. In this vein, the two hard-line newspapers Kayhan and Vatan-e-Emrooz kept silent after Motahari’s election as deputy speaker, as if no election had taken place at all.

Most of all, the May 29 election showed several important development related to parliament. After months of speculation about who has the majority, it is now clear that pro-Rouhani parliament members — consisting of both Reformists and moderates — are the majority and that the hard-liners are the minority. Additionally, the chief winner of the speakership vote appears to be Rouhani, while the losers — despite much analysis to the contrary — are the hard-liners, not Aref.

In sum, it seems that Larijani is at present the most appropriate choice for Rouhani as he can better deal with the hard-liners than Aref. Perhaps, if Aref had won, there could have been further tensions instigated by hard-line lawmakers. In the words of Sadegh Zibakalam, a prominent political analyst, “Aref’s victory would have meant that hard-liner attacks against parliament, through different tribunes, would have begun, and then it would have been difficult for the parliament to take a step forward in helping the government.”