Iranian officials said the alleged Mossad operatives planned to use weapons during riots in Iran and were arrested at the western border. 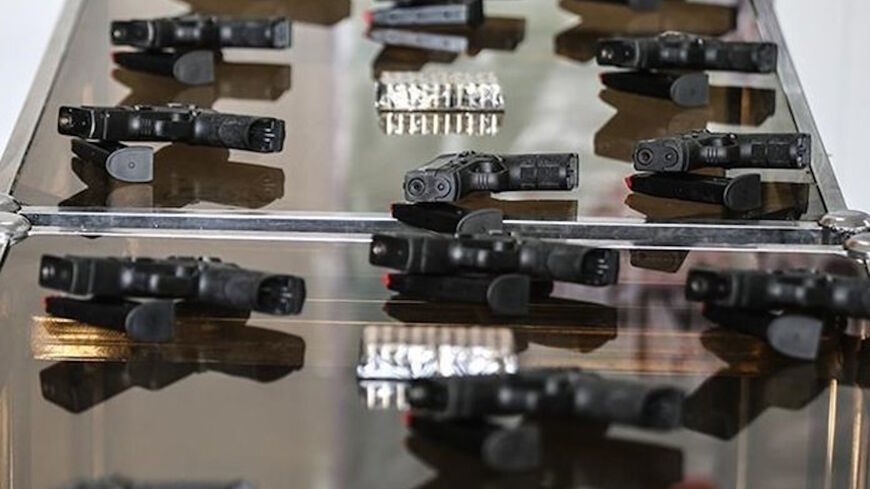 Iranian intelligence said Tuesday that they thwarted a Mossad plot to carry out acts of sabotage in the Islamic Republic.

Intelligence forces arrested alleged members of an Israeli intelligence network on Iran’s western border and seized several guns, grenades and pieces of ammunition. The purported Mossad operatives allegedly planned to use the equipment during riots in Iranian cities and had also attempted to carry out “acts of sabotage” during the Iranian election in June, the semi-official Iranian Students News Agency reported.

The Mossad is Israel’s external intelligence. The elite organization has a reputation for carrying out successful and secretive acts throughout the region.

Iran is a focus for the Mossad. The organization’s leader, Yossi Cohen, met US President Joe Biden in May and voiced his opposition to the United States rejoining the Iran nuclear deal.

The Iranian government has reported arrests of alleged Mossad operatives in the past. In April, authorities arrested someone accused of spying for Israel in the northwest province of East Azerbaijan. In July, former translator Mahmoud Mousavi Majd was executed after being found guilty of spying for the Mossad and the CIA. Criminal trials in Iran are often criticized by international observers for a lack of fairness.

Tuesday’s news comes amid significant unrest in Iran. Protests have been occurring in the southwestern province of Khuzestan over a water shortage and government mismanagement.