A man was executed last year for allegedly spying on Iranian forces for Israel and the United States. 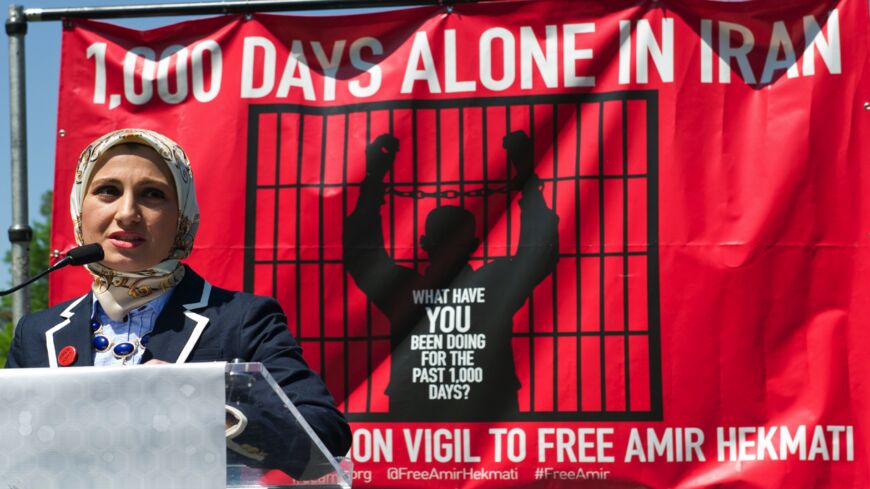 Sarah Hekmati (R), sister of US Marine Corps veteran Amir Hekmati, speaks about her brother on May 19, 2014, during a vigil held for him across from the White House in Washington, DC. The vigil was held on the 1,000th day of Amir's imprisonment in Iran. Amir, an Iranian-American, was detained in Iran while visiting his grandmother. Falsely accused of being a spy, he was detained in August 2011 and held in solitary confinement for months in Evin Prison. He was sentenced to death in January 2012, the first American to receive the death penalty in Iran in over 33 years.

The Intelligence Ministry said the spy was arrested in the northwestern province of East Azerbaijan. Several other alleged spies for unspecified other countries were also arrested, the semi-official Tasnim News Agency reported on Monday.

Iranian media outlets did not immediately report any further details on the arrest in East Azerbaijan.

The punishment for such crimes can be death. In July, the Iranian government executed a man who allegedly spied on Iranian troops in Syria for the United States and Israel.