New Prime Minister Naftali Bennett is challenged by his own ministers over the management of the fourth wave of the coronavirus pandemic. 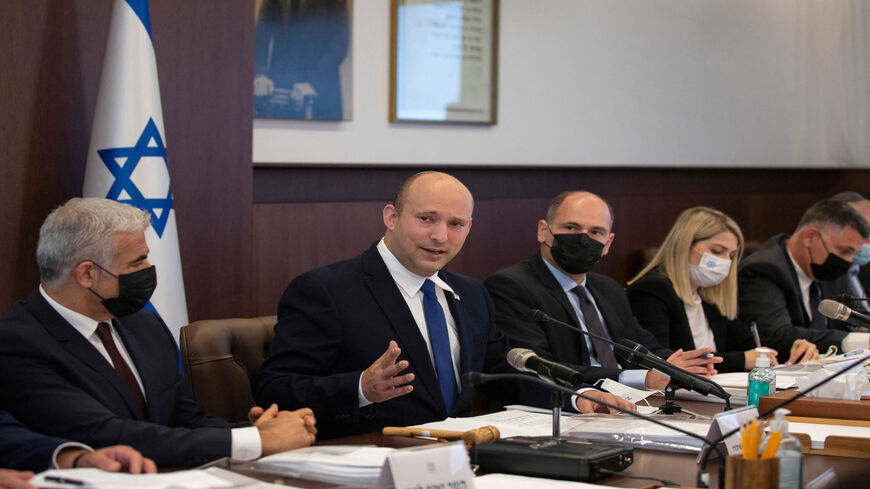 Less than two months since the “change government” was sworn in, it is rattled by the fourth wave of the coronavirus in its Delta variant, now striking Israel. Each day, the number of the infected and seriously ill increases, the effect of the vaccinations is waning, and this puts Prime Minister Naftali Bennett under scrutiny for allegedly mishandling the crisis.

Bennett has been criticized for failing to take action since the infection rates have begun to rise in the past month, and preferring a reactive strategy, claiming that he is in control of the situation.

Bennett has presented a contrasting position to the policy of former Prime Minister Benjamin Netanyahu and has claimed that the vaccines aren’t as effective as they were and that the strategy must be different. Two weeks ago, he took a jab at Netanyahu, saying to the press, “Anyone who hoped that vaccines on their own would solve the problem — they won’t. We need a strategy that brings as many vaccines as possible on the one hand, but on the other also understands the limitations of the vaccines.”

Senior officials at the Ministry of Health were surprised at this statement, which they thought damages the continuing vaccine drive among teens 12 and up, who meet the criteria to be vaccinated, but refuse to do so.

Only a week ago, on July 22, Bennett sounded totally different. Following another increase in infections, he made a special declaration during television prime time, calling on the million unvaccinated Israelis to rush to vaccinate, and attacked them in an unprecedented manner. Bennett said, “Vaccine refusers are hurting all of us. If everyone gets vaccinated, everyone will be able to maintain their daily routine.” He also announced that sanctions will be taken against them, including requiring them to bear the costs of coronavirus tests, which right now are administered at no charge.

The “vaccine speech” garnered compliments on the one hand for taking a leadership stance, but was also criticized for its brutal fear- and shame-mongering against vaccine refusers.

Evidently, the “vaccine speech” did not convince the million unvaccinated Israelis to run and get vaccinated. Only a moderate increase in vaccinations resulted, which has since stalled.

In the meantime, a week has passed and infection continues to spread. Coronavirus wards that had closed reopened, and the number of seriously ill has increased. Although they only numbered 159 on July 28 — far from burdening the health-care system — this is a troubling number because it is not clear when the increase will stop.

The developing crisis has now exposed conflicts and exchanges of blame within the new government, which until now has taken care to market to the public an atmosphere of mutual praise and a down-to-business and accomplishment-oriented attitude — as opposed to the notorious infighting of the Netanyahu government.

This week, we can say that the honeymoon is over, and that Bennett has to handle not only a health crisis, but a political leadership test.

At the center of the muddle of the past few days is Minister of Education Yifat Shasha-Biton (New Hope party), whose relationship with Bennett is tense where it comes to the management of the fourth wave.

Shasha-Biton is known for her allegedly lax policy on the coronavirus, and for opposing the vaccination of children at schools, which she has called “criminal.” She has also clashed at every opportunity with the professionals at the Ministry of Health who have taken a stringent approach and warned of the spread of the disease. Shasha-Biton is apparently behind damaging briefings to the media opposing Director of Health Services Dr. Sharon Alroy-Preis, who has presented the Cabinet with worrisome data on the spread of the coronavirus and demanded that they make tough decisions on restrictions. Among other things, Shasha-Biton is said to have attacked Alroy-Preis as hysterical and sowing panic. On July 28, it came to light that Bennett reproached her and asked her to treat health personnel with respect. But Shasha-Bitton did not stand down and responded, “The public needs to be bothered by the fact that anyone who presents a different approach to the fight against the coronavirus is immediately tagged as a coronavirus denier.”

Another report stated that sources surrounding Shasha-Biton blamed Bennett for the briefings, saying he did so to bolster his leadership. This isn’t a promising sign for Bennett, because it shows his weakness as prime minister, lacking a political home front and broad public support.

What is happening to Bennett now is ironic. He presented the main and most prominent opposition to Netanyahu’s management of the coronavirus crisis and gained great popularity due to the public’s anger. Bennett convinced a large public that Netanyahu and his government are irresponsible, reckless and caused unnecessary death, sickness and economic collapse. Bennett even created a shadow Cabinet on the coronavirus crisis, and wrote a booklet, "How to win the pandemic." He traveled around the country, visited hospitals and empty markets, and attacked the government from every stage.

Bennett’s campaign against the coronavirus battle management was very effective and ended up contributing to the downfall of Netanyahu. Now Bennett is learning the hard way that it is easy to criticize but hard to manage a crisis that has many elements of uncertainty, without political power and leadership authority. Again and again, quotes are cited from his booklet that make him look ridiculous — things he has demanded the government must do, but now fails to.

The first to ridicule him were of course members of the opposition. Knesset member Moshe Gafni of the ultra-Orthodox Yahadut HaTorah called him a “murderer” from the Knesset podium, and later softened it to “killing people” because of alleged failed management of the pandemic.

But the person drawing all the attention is Netanyahu, who is doing what Bennett did to him with his own embellishments. Netanyahu called Pfizer CEO Albert Burla behind Bennett’s back in order to discuss a third shot, publicized the call and embarrassed the prime minister. In recent weeks, Netanyahu has led the third shot campaign on his own, and called on the government and Bennett to immediately vaccinate the elderly population, since this is the only way to restore immune protection to them.

Prominent in his absence from the pandemic front — and not coincidentally — is Foreign Minister and Alternate Prime Minister Yair Lapid, who is focusing on his ministry’s affairs, and posts photos of his meetings with fellow foreign ministers daily on social media. On July 28, for instance, he met with the Croatian foreign minister. Lapid is letting Bennett manage the crisis not just to avoid overstepping his authority, but also because he is not interested in any potential failure sticking to him.