Egypt’s Al-Azhar has warned against the computer game Fortnite over a scene allegedly showing the Holy Kaaba, saying it will affect the values of Egyptians. 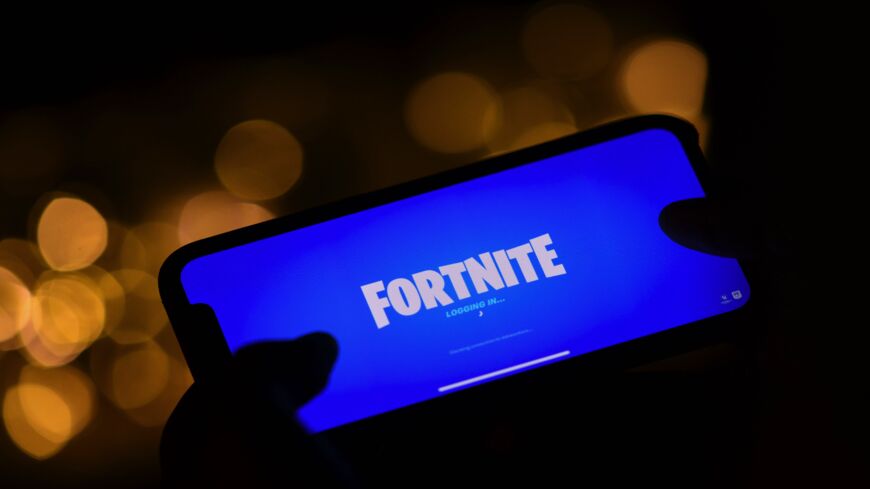 This illustration picture shows a person logging into Epic Games' Fortnite on their smartphone on Aug. 14, 2020. - CHRIS DELMAS/AFP via Getty Images

Al-Azhar International Center for Electronic Fatwas has warned against the online video game Fortnite, saying it contains a portrayal of the destruction of the Holy Kaaba, in conjunction with the Hajj season.

In a statement published on its Facebook page on June 29, the center said it had previously warned against “some electronic games played by young people that distract them from their basic tasks of acquiring useful knowledge and lock them up in virtual worlds away from reality while inciting them to hatred and self-harm or the harm of others.”

The center said it will ban all electronic games that call for violence or contain false ideas that distort faith, Sharia or religion.

“We call upon parents, educational and media bodies to explain the danger of such games and their physical, psychological and behavioral harm,” the statement read.

Al-Azhar’s ban on Fortnite sparked controversy on social media among Egyptians. Meanwhile, screenshots from the game went viral showing a virtually rendered model of the Holy Kaaba, with a character standing next to it with an ax about to destroy it.

Fortnite, developed by Epic Games, was first launched for personal computers in 2017. Its most famous release is the Fortnite Battle Royale, which is one of the shooting games where the player lands in an unknown area and has to search for weapons; other players try to kill them one by one in a struggle for survival. The game ends with one player being the winner, with the possibility of building alliances in combat.

Parliament member Ahmed Mhenni, undersecretary of the Egyptian parliament's Manpower Committee, told Al-Monitor that on July 3 he submitted a request for a briefing regarding the Fortnite-related fatwa issued by Al-Azhar Center.

He explained that online stores are filled with games, some of which incite violence, while others encourage terrorism or suicide and murder, and these electronic games are very dangerous for children, especially in their teenage years.

Mhenni called on the Ministry of Communications and all concerned state agencies to ban these games, which he believes affect Egypt's national security, incite violence and hatred, and directly affect the faith of children.

Several parliament members had submitted urgent requests in early July to the prime minister, the minister of communications, and the National Telecom Regulatory Authority to ban Fortnite.

Ahmed Hetta, member of parliament’s Communications Committee, called for an urgent meeting to discuss this issue and develop a plan to confront dangerous games that threaten religious, moral, and societal values among young people and adolescents.

Hetta told Al-Monitor he had previously warned against electronic games that seek to preoccupy young people and obscure their minds, with the intent to incite them to harm themselves and others.

He said he had previously submitted a request for a briefing to both the prime minister and the minister of communications to ban the online blackout challenge, or the blue scarf game, which had spread widely among young people.

Meanwhile, Islam Ghanem, a cybersecurity expert, told Al-Monitor, “Fortnite was developed and released in 2017 by an American company. The high-quality graphics in the game attract players and lead them to overlook everything else. Such games want to convey messages to Muslims, such as the idea of destroying the Kaaba, but in a different way that children can accept.”

He said “the ideas and perceptions that some electronic games broadcast are worse than terrorism, as some children get so much into the virtual reality that when they go to the Kaaba in real life, they would want to do the same thing they do in the game. I am sure the game’s developers did not resort to experts in psychology.”

Ghanem said Fortnite has left an impact on youth worldwide and has led to a type of addiction among many.

In this context, the Fortnite team stressed in a Facebook post on June 29 that it respects all religions, denying claims that players can destroy a construction resembling the Kaaba.

“The content referred to is the result of in-game modifications by players using Fortnite's ‘creative mode,’ but this does not allow the option to demolish the Kaaba,” the statement read.

The statement added, “We would like to emphasize that our team respects all religions and we work closely with the creators of the game in order to provide a safe gaming experience for all our players.”

In August last year, Apple and Google had removed Fortnite, which has more than 350 million users, from their app stores. In a statement, Apple said it had removed Fortnite for reasons related to violating the guidelines specified by the policy of its online store. Google issued a similar statement but noted that the game is still available through other means on the Android operating system.