After the "Blue Whale," some Egyptian parliamentarians want to ban "PUBG," a game that allegedly incited a 16-year-old to kill his teacher. 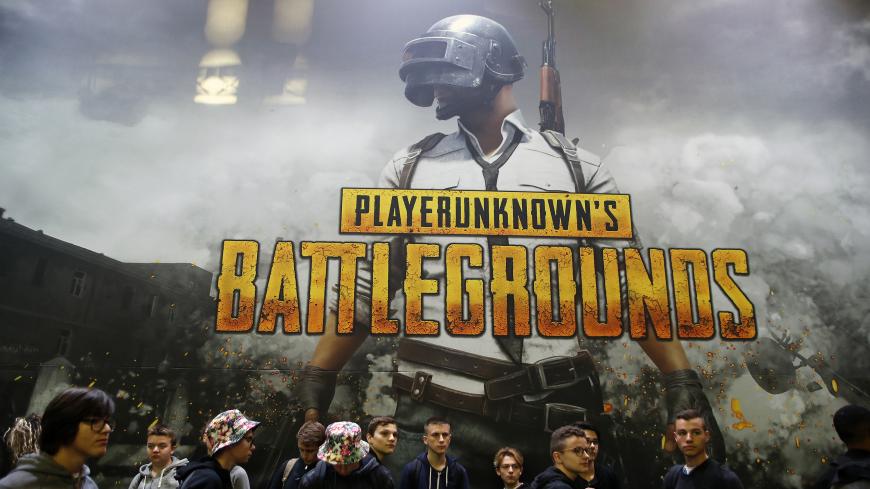 After the controversy over the online game "Blue Whale" earlier this year, Egyptians are debating whether to impose a legal ban on the popular game "PlayerUnknown's Battlegrounds," or "PUBG," and to have a fatwa declaring it as "haram."

Head of the parliamentary Communications and Information Technology Committee Ahmed Badawy, along with several other parliamentarians, already demanded the ban of the online game in November. Badawy urged the National Telecommunications Regulatory Authority (NTRA) to block the game in Egypt on the grounds that it incites the youths to violence.

Similarly, Al-Azhar, the highest Islamic authority in the country, has declared the game as haram and urged parents and teachers to keep their children away from it, though the authority fell short of issuing a fatwa.

The controversy comes in the wake of a Nov. 25 statement by the Ministry of Interior that a teacher, found dead at her house in Alexandria, had been killed by one of her students. The student later admitted that he had killed her because she banned him from playing the game in class. Some papers claimed that the 16-year-old student had "impersonated” his "PUBG" character in the murder, but these claims have not been confirmed officially.

The murder has caused concern in pedagogical and political circles. Badaway accused the computer game of being part of the so-called 4th Generation Warfare on the Arab region — a term often used since 2011 by Egyptian security experts to refer to Western nonmilitary methods such as culture, civil society and the media that aim to cause internal strife.

China also reportedly banned "PUBG" Dec. 12, following a recent announcement from China's Audio-Video and Digital Publishing Association that "the gladiator-like mentality of the computer game deviates from the values of socialism and is deemed harmful to young consumers."

In this online multiplayer battle game, 100 players are parachuted on an island, where they try to survive. The island keeps shrinking, forcing them to finally face off and kill each other. The last player standing wins. The game can be played by one player or two or more players. If played in team mode, the last surviving team wins. The game is hugely popular in Egypt and the "PUBG" Facebook page has more than 11,700 followers.

Ahmed Karima, a professor of Islamic Comparative Jurisprudence at Al-Azhar University, told Masrawy Nov. 27 that playing "PUBG" is haram, since it leads to acts such as killings and violence. Speaking a day before a debate in the Egyptian parliament on online computer games, he urged a ban on the game.

The next day, Al-Azhar Fatwa Global Center issued a statement, condemning the game as haram on the grounds that it leads to violence, both online and in real life. The statement provided several tips to families, teachers, religious scholars and the youth on how to reduce the bad influence of the game, such as monitoring children who use a computer and the internet.

But Al-Azhar was not able to speak with a single voice on the game’s possible ban through an edict. Acting deputy grand imam of Al-Azhar, Sheikh Saleh Abbas, told Al-Monitor that Al-Azhar could not be expected to issue a fatwa on every controversial video game and other issues of modern life.

He said that the game and its adverse effects is a subject for social and legal experts to discuss, and should the game be deemed harmful for the youth and society, it is the duty of the relevant authorities — teachers, the Ministry of Education, the Ministry of Youth and Sports or the judiciary — to ban it, without the need for a fatwa.

Abbas added that the statement of Al-Azhar Fatwa Global Center merely offered tips for young people, families and teachers on how to deal with the game, and was not a fatwa in the traditional sense.

Parliamentary Housing Committee member Mohammed Ismail agreed with Abbas that a ban of the game was not the responsibility of religious officials but the secular authorities such as the NTRA. He told Al-Monitor, “There are many risks and downfalls in technology, including video games. The government ought to launch awareness campaigns on these dangers, which could also be included in the schools’ curricula because blocking a game is not a solution. Every time a game is blocked, another similar one would emerge. The competent party to assess the perils of a video game is the NTRA.”

An NTRA source who asked not to be named told Al-Monitor that the council has yet to receive an official request from parliament to contact Google Play and Apple to block the game for players in Egypt. The source noted that the NTRA does not take decisions based on requests from parliament and Al-Azhar alone, but it would choose a path of action following elaborate research and assessments by a group of experts and researchers on the dangers of the game.

“'PUBG' sparked the same controversy as the 'Blue Whale' game [rumored to lure young players into committing suicide] a few months back,” Mohammed Gundi, an IT expert and host of the "Tech Talk" TV show broadcast on Cairo Centric TV channel, told Al-Monitor.