Egypt is planning to establish new nuclear projects next to the Dabaa nuclear plant under construction on the north coast, as the Egyptian state heads to produce electricity from renewable energies. 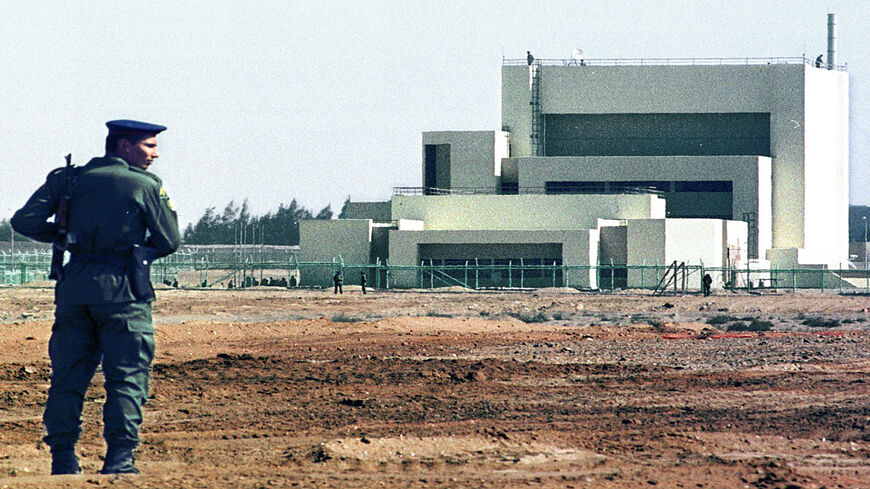 CAIRO — Hesham Hegazy, head of the nuclear fuel sector at Egypt's Nuclear Power Plants Authority (NPPA), has recently revealed that the Egyptian nuclear program is not limited to the establishment of the Dabaa nuclear power plant, as the country seeks to build more nuclear power plants on the north coast.

Speaking at a panel discussion on the role of nuclear energy in achieving sustainable development, organized by the Russian Rosatom nuclear corporation July 12, Hegazy said that the Egyptian state is seeking the generation and production of electricity through new and renewable energies, namely nuclear energy, amid its contribution to the creation of an integrated mix with fossil fuels to generate electric power.

During the seminar, which was attended by Alexander Voronkov, director and regional vice president of the Rosatom Regional Center in the Middle East and North Africa, Hegazy noted that the establishment of these new plants comes as part of the NPPA’s ambitious plan, backed by the political leadership, to secure the country’s future nuclear energy needs.

He said the NPPA has already submitted the documents required to obtain a construction permit for the first nuclear plant to generate electricity in Dabaa city in Matrouh governorate.

In addition, Voronkov said that work is in full swing to speed up the construction of the dock in Dabaa to receive the heavy equipment that will come from Russia to Dabaa on Egypt’s Mediterranean coast.

On Nov. 19, 2015, Egypt and Rosatom signed a contract to build Egypt’s first nuclear power plant in the city of Dabaa, with a capacity of 4,800 megawatts (MW) through four large units, at a cost of $28.5 billion.

According to the contract, the NPPA is the owner and operator of nuclear plants while Rosatom is the contractor.

The first unit of the plant is expected to be completed by December 2024.

Al-Monitor tried to contact an official in the NPPA to obtain more details about the new projects that Hegazy mentioned. But the official said that such information will only be revealed when the time is right, pointing out the entity that will support these projects is yet to be revealed.

Jamal al-Qalyubi, a professor of petroleum and energy engineering at the American University of Cairo, told Al-Monitor over the phone that the Egyptian state has been working since 2015 on a strategy to diversify its energy sources to address future challenges.

He said that since the 1960s, Egypt has been heavily reliant on nonrenewable energy sources from hydrocarbons, such as petroleum, diesel and, more recently, natural gas. But the country is now looking to replace the plants that produce electricity via hydrocarbons with ones that rely on renewable energy, in the framework of the Sustainable Development Strategy of Egypt Vision 2030, he said.

Qalyubi noted that nuclear energy is essential for Egypt, and that the state is seeking to have an educational and applied influence in this regard instead of only importing foreign technology.

He added that nuclear reactors are beneficial not only in terms of power generation but also in terms of seawater desalination and the production of radioactive isotopes, which ultimately benefits the Egyptian industry.

He expects more Egyptian companies to contribute by 20% in the construction of the new nuclear stations. Local companies already contributed by 20% to the construction of the first unit of the Dabaa nuclear plant. These companies have managed to participate in the Dabaa project as they received training at the Dabaa Nuclear School in Matrouh governorate (west of Cairo), while educational missions are being sent to Russia, Qalyubi said, adding that such steps help promote Egypt’s local nuclear industry.

Former NPPA deputy head Ali Abdel Nabi told Al-Monitor over the phone, “The Egyptian government’s energy mix plan seeks to have the nuclear plants’ electricity generation to account for about 20% of the total production in Egypt by 2035.”

He said, “Reaching this percentage requires the establishment of more nuclear plants, in addition to the Dabaa plant, which only produces 4,800 MW, or nearly 3% of the total electricity production."

Abdel Nabi explained that one of the goals behind the establishment of nuclear plants in Egypt is the transfer and localization of the manufacturing technology into Egyptian factories so that their contribution to the manufacture of new plants increases to more than 50%.

This experience, he said, helps Egypt join the global fray with its high-quality products, which, in turn, guarantees it both hard currency and technological national security.

“Nuclear plants provide electricity in much greater proportions than plants powered by gas or renewable energy such as wind, as these plants operate at 93% of the number of hours per year, compared to 27% for renewable energy plants and 56% for gas plants. In other words, nuclear plants serve the sustainable development goals better,” he noted.

Abdel Nabi pointed out that nuclear power plants are first class investment projects as they cover their costs within only 15 years of operation, and their life span ranges from 60 to 100 years, which ensures greater benefit unlike plants powered by gas, petroleum and renewable energy, which operate for 25 years at most.