The phone numbers for Princess Latifa and some of her friends appeared on a leaked database of surveillance targets reportedly selected by customers of the Israel-based NSO Group. 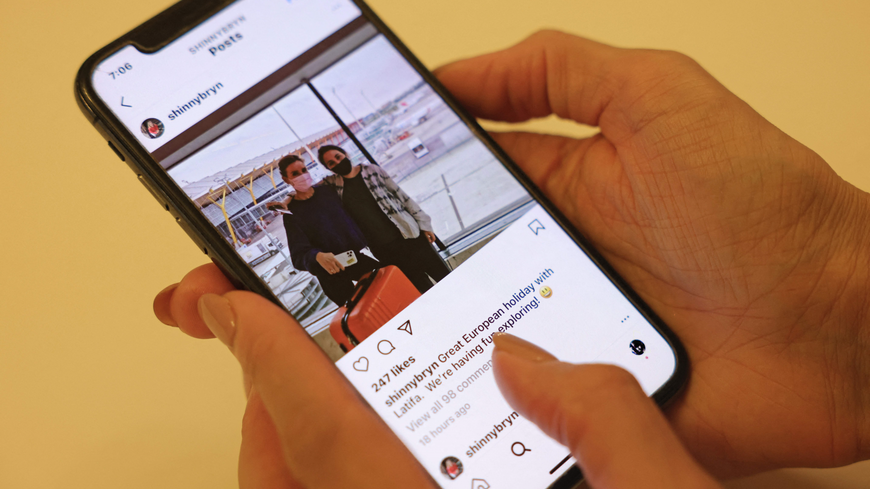 This image taken in Dubai on June 21, 2021, shows a photo purportedly of the Gulf emirate's Princess Latifa (R) with a woman identified as Sioned Taylor, a former Royal Navy member, at Madrid's airport. The photo was published on an unverified Instagram account, the latest in a series of images posted after the UN asked for proof the Emirati royal was still alive. - GIUSEPPE CACACE/AFP via Getty Images

The phone number of Emirati Princess Latifa, the daughter of Dubai’s ruler who has accused her family of holding her against her will, appeared on a leaked list of more than 50,000 numbers that were reportedly selected as potential targets by clients of NSO Group. Some of the princess' friends numbers were also on the list.

The Israeli cybersurveillance firm is under fire after a sweeping joint investigation published by 17 media outlets revealed that the smartphones of journalists, politicians, activists and even heads of state may have been hacked by NSO Group’s Pegasus software, which researchers say gives users access to a phone’s contents and the ability to remotely access its camera and microphone.

Research from Citizen Lab, the University of Toronto’s digital watchdog that collaborated on the investigation, indicates the United Arab Emirates was a client of NSO Group when Latifa tried to flee in 2018.

The whereabouts and well-being of Latifa, the daughter of Emirati Prime Minister Sheikh Mohammed bin Rashid Al Maktoum, remain a mystery. Earlier this year, the BBC’s “Panorama” program aired a series of videos during which Latifa claimed to be held “hostage” by her family without access to medical help or the ability to get fresh air.

After the Emirati government said in February the princess was being “cared for at home,” a photo surfaced in June on social media that appeared to show Latifa on vacation in Spain. In May, she was also photographed at a mall in Dubai. The campaign for her release has been suspended.

She hadn’t been seen publicly since her failed escape from the UAE in February 2018. Latifa had hoped to seek asylum in the United States by crossing into Oman and sailing across the Indian Ocean on a US-flagged yacht to India, and from there she would board a flight for the United States. But just over a week into her escape, the ship was intercepted in international waters by Indian commandos and Emirati special forces, who forcibly returned Latifa to Dubai.

According to The Washington Post, Latifa’s phone number and those of her friends appeared on the list in the hours and days after she went missing. The leaked records show that Latifa and her friend Tiina Jauhiainen had already ditched their phones in Dubai and had run away by the time their numbers showed up on the list. The Post notes that without analyzing Latifa’s phone, it’s impossible to know whether it was successfully surveilled using the Pegasus spyware.

NSO Group said in a statement the numbers on the list are not those of targets or potential targets and that “repeated reliance on this list and association of the people on this list as potential surveillance targets is false and misleading.”

The investigation also showed the phone numbers of Princess Haya and her associates were added to the list in early 2019. The youngest of Sheikh Mohammed’s six wives, Princess Haya fled to London with the couple’s two young children in April 2019 after reportedly fearing for her life in Dubai.