Israelis who are employed by high-tech companies live a comfortable life, which Bedouin youths can only dream of. 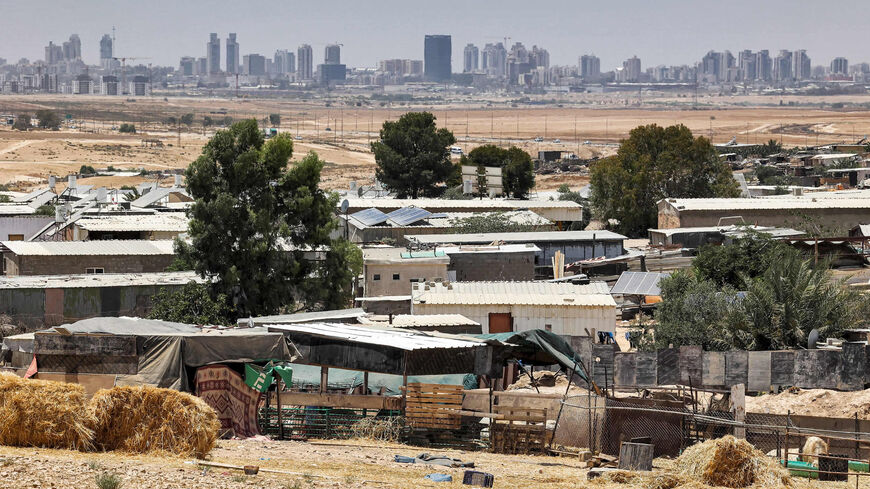 One of the sharpest criticisms facing Israel’s high-tech industry is that it is not inclusive enough. Its professional success, and even more so its economic success, remains limited to a very small sector of the population, mostly from the privileged classes. In this particular sector, salaries are often high, benefits are good, and when there is a successful “exit” — selling of a startup to a much larger high-tech company — many employees who received options or stock, suddenly find themselves rich.

Galit Hemi, editor of Calcalist, wrote about this phenomenon: “The fast, big money is shaking up the real estate market and leading to rising prices in other sectors of the economy. Gaps between the haves and have-nots are expanding, with most workers — the vast majority of workers, in fact, including the most talented, experienced, veteran and educated workers — getting left behind. They are unable to keep up with the rising prices.’’

The sector that benefits least from the growth of Israeli high-tech is the Bedouin community in the south. This is a population that is already facing the stress of low incomes, a high birthrate and an absence of even the most basic services and infrastructure.

A new study commissioned by the Edmond de Rothschild Foundation found that among the 350,000 Israelis employed in high-tech, only 50 are from the Bedouin sector. According to the foundation’s study, Bedouin society in southern Israel is the victim of enormous socio-economic gaps. These can be attributed to the poor education offered by Bedouin schools and to faulty infrastructure. As a result of all that, young Bedouins lag behind their peers in terms of basic knowledge and skills from a very young age.

That is why today, just 50 Bedouins are employed in lucrative high-tech industries. The study also found that just 135 Bedouin students are currently pursuing an advanced education in high-tech-related fields. Based on past experience, some 60% to 70% of them will drop out of school without obtaining a degree.

The recent State Comptroller’s report addressed this precise issue, stating, “In order to ensure that Israel continues to be defined as the 'startup nation,' relevant government agencies should … take steps to remove the roadblocks preventing it from achieving this goal … by integrating those sectors of the population that are sparsely represented in the field, including the Bedouin population.”

The March 2021 report determined that there isn’t a single blockage point preventing the Bedouins from advancing. Rather, it is the consequence of an entire series of failures, starting with conditions in the home, poor education in Bedouin schools, all the way to the matriculation examinations due to issues resulting from a lack of fluency in Hebrew and English, and the failure to achieve digital literacy and advanced reasoning.

Then there are testimonies from groups operating on the ground and from Bedouin high-tech employees themselves, who claim that there is a certain wariness of high-tech within Bedouin society. Many people regard it as an exclusive club, where one friend brings another, and they bemoan the deep ties that certainly exist between high-tech and the defense industry, which leaves Bedouins feeling less wanted. Even after obtaining the right education, young Bedouins have a hard time integrating into high-tech, because of the relative dearth of opportunities in the Negev and problems of accessibility — physical and cultural — which make it difficult for them to fit in to existing companies.

More so, the conservative nature of Bedouin society does not encourage young people, and especially young women, to work in a field that is considered “Jewish,” “male-dominated” or “security-related,” and which demands long hours, work in the evenings and travel overseas. At the same time, high-tech companies themselves have problems understanding and dealing with the challenges that hiring Bedouin employees create for them, especially when members of this sector haven’t worked for them before. Field research also found claims of discrimination, degradation, and a lack of cultural sensitivity toward Bedouins among high-tech firms.

It is only in the last few years that Bedouin society has seen the emergence of a handful of projects promoting STEM curricula, which integrate science, technology engineering and math to equip students to pursue an advanced course of study in technology in the country’s universities and colleges. These projects only reach about 3% of all Bedouin students, and they are not particularly effective. In other words, graduates of these programs have shown no real signs of success. The study also found that there is minimal coordination or cooperation between these programs.

Ahmad Muassi, who is in charge of Arab society at the Edmond de Rothschild Foundation, told Al-Monitor that the challenge encompasses all ages. It starts with preschool education, but then fails to empower students in elementary and high school, or to provide focused learning for young people and assistance for students to prevent them from dropping out in the course of their studies. The problems they face begin with the simplest issues, like getting to their classes in the first place.

As one interview subject, an unnamed woman who lives in an unrecognized village and who now works in high-tech, explained in the report, “In order to get to college, I had to walk 40 minutes to the bus stop in the sun, in the rain. I would leave my muddy boots at the bus stop, put on shoes, and take the bus to college. … My village did not have electricity at night (it was all solar powered), which meant that I had to finish all my schoolwork before the sun set.”

As a result of the study’s findings, the Rothschild Foundation recommended the creation of a single comprehensive body, based on the “collective impact” system, which would bring all the players on the ground under a single roof. These would include the government, the business sector, social organizations and other relevant bodies. The purpose would then be to develop a joint strategy with specific objectives and milestones, to synchronize activities and to focus available resources on achieving its objectives.

The foundation also noted that 20 million shekels ($6.1 million) are now invested in this, but that the money is distributed among competing parties, with no coordination or synchronization between them. As a result, they fail to bring about the desired results.

The foundation also notes that by taking the right steps, it will be possible to increase the number of Bedouins employed in high-tech to 200 in four years, and to 500 in just a decade. Similarly, the study recommends expanding civil models by creating strategic partnerships with institutes of higher learning, the Education and Economy and Industry ministries, and the local authorities, as well as by recruiting employers, i.e., high-tech companies, and establishing a network of Bedouins employed in high-tech. Not only would they be able to offer each other mutual support, they could also serve as role models for talented youths.

Meanwhile, the issue of problematic infrastructures must also receive special attention from the government. This does, in fact, appear in the Arab Ra’am party’s new five-year plan for Bedouin society. Ra’am is not only a member of the coalition, but many of its voters are Bedouins in the Negev Desert.

Muassi concluded, “The integration of Bedouin society in high-tech industry is an important prerequisite for reducing gaps and fulfilling existing potential. I sincerely hope that the study will serve as the basis for policies designed by decision-makers to bring about change to the current situation and result in a significant increase in the number of Bedouins integrating into high-tech. It is an important challenge, which will ultimately benefit the Bedouin community, the Negev and all of Israel."