Ibrahim Sana is determined to change the lives of Bedouin high-tech graduates and has set up a new venture: the “Software Tester Enterprise,” reports Tali Heruti-Sover. 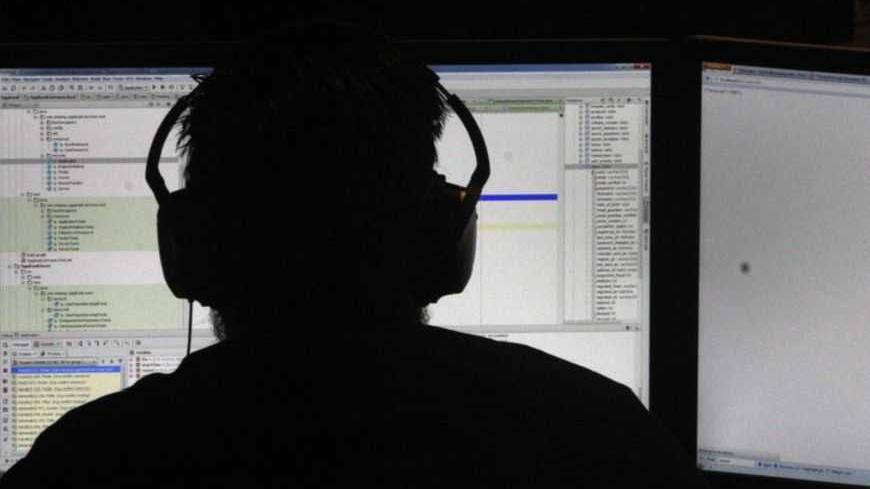 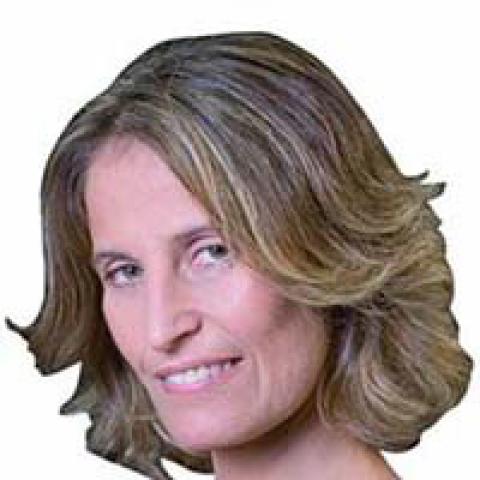 “The reasons for this situation are complex,” explains Ibrahim Sana, who heads the first-ever tech startup in the Bedouin sector. “By and large, the Bedouins are studying in colleges, as only very few of the applicants from the Bedouin community are accepted to universities. Unfortunately for them, university graduates have an edge in the labor market, so that already at the very start, they find themselves at a disadvantage compared to university graduates vying for jobs [in the high-tech industry].”

And the other reason, Sana notes, is racism. “I am sorry to have to say it, but that’s the way it is. Interviewers are biased by prejudice and stereotypes. Bedouin applicants have to excel and outshine all other contenders to be passed to the next stage of screening.” Failing once and again to find their place in the profession they have studied, Bedouin graduates lose hope and some of them give up for good and do not even bother to keep sending their résumé to potential employers.

“As they have to make a living, they end up taking whatever job there is,” Sana goes on to explain. “For the most part, the jobs offered them have nothing to do with what they have studied. Only a few of them are lucky enough to find a suitable job in the [high-tech] industry, in spite of, and notwithstanding their background.”

Sana himself (33, married + 2, a resident of [the Bedouin town of] Lakiya) is one of those lucky guys. Having graduated from the Technion — Israel Institute of Technology with a Bachelor of Science degree and acquired later on a Master of Science degree in information systems from Ben-Gurion University of the Negev (“I have never studied in any college”), he went on to work for several years at the local branch of Deutsche Telekom Laboratories and at Cisco [Israel]. He first encountered the difficulties faced by other [Bedouin] graduates when he decided to make it out on his own and became an independent entrepreneur. In November 2011, he left the protective umbrella of Cisco and set up the first software house in the Bedouin sector. The timing for the establishment of topXite was not accidental.

A short while before that, the Ministry of Education passed a resolution requiring all schools in Israel to launch an independent Internet portal with the aim of putting it at the service of both teachers and students. Most schools, especially in the Arab sector, had no idea how to tackle the new requirement. Sana took up the challenge and spent two months working on the development of a user-friendly Internet platform designed to help inexperienced users launch their own web portal. “Nearly fifty schools, mainly in the Bedouin sector in the south of the country, bought the platform,” Sana recounts. “The software supports Hebrew, Arabic and English, but naturally, it was easier for me to approach prospective customers in my own community, and that’s where I started.”

Invariably, he held negotiations with the computer professionals in the schools he approached and he thus came to know dozens of fellow Bedouins, all with a strong technological background, who were not working in the profession they had studied. “For no better choice, they settled for work in the education system,” Sana says.

“Talking with them, I realized that they would have readily changed careers and taken on a job in the field they had studied for years. And it isn’t just self-fulfillment or work in their areas of interest that they were seeking. The high-tech sector is also far more lucrative than the education system.”

Following numerous such meetings, Sana, along with a Jewish partner named Nir Doron, came up with the idea of launching another high-tech venture in the Bedouin sector. The “Software Tester Enterprise” was thus set up.

“In some ways, we have adopted the ultra-Orthodox model, which has proven to be a success story in Israel,” Sana says. “Like the ultra-Orthodox, we too are working according to the near-shore model [whereby services are performed by low-cost workers in the same country or in a neighboring country, in contrast to the off-shore model, where workers are hired overseas to provide the required services — T. H-S]. So, why should we outsource work to India when we can get the job done close by, here in Beer Sheva?”

And yet, there are differences between you and the ultra-Orthodox women working in the high-tech industry?

“That’s true. We would not employ in our venture ultra-Orthodox women who, in most cases, have no academic background and have to be trained on-site. We would rather hire Bedouin men and women with a strong academic and technological background. What’s more, unlike the ultra-Orthodox women, for whom specially adapted offices have to be prepared, our workers, while being our own employees, will be doing the work in the customer premises. Our customers are all major high-tech companies and in the first stage, we will offer them quality assurance (QA) [and software testing] services. In the next stages, we plan on providing support services and even software development services. At the same time, we are exploring the possibility of renting a large building in a southern industrial park, where we intend to set up our headquarters and where some of our employees will be working.”

But why outsource QA and software testing services to you of all service providers?

“Our advantages are obvious: Our employees have an academic background, so that they will be no doubt more efficient than unqualified software testers, who are often young people, just out of the army, who take it as a temporary job. Besides, our employees have no need for any special arrangements (as, for instance, a “kosher” kitchen conforming to the Jewish law, or separate offices for men and women) and they are available for work on Saturdays if needed. Furthermore, birth rates among the educated Bedouins are low, so that employee turnover is unlikely to be too high. And most important, these are people who are desperately looking for an opportunity, so that they can be counted on to do their best to prove themselves and succeed.”

After a pause, Sana mentions two other valuable competitive advantages — one geographic, and the other economic. “We are all from the area, so that we are in close geographic proximity to the [high-tech] companies already based here, as well as to those scheduled to move to the south in the future. In fact, these very days a vast science industrial park, designed to accommodate a large number of high-tech companies, is under construction in Beer Sheva. And since we all live in the environs of Beer Sheva, we have no problem getting to work, and we may thus provide services on-site, right in the customer premises, rather than telecommute. In addition, we can afford to charge attractive prices for our services. The state is generously investing at present in the incorporation of the Bedouin sector into the labor market, granting employers a 30% subsidy for funding employee salaries. We can roll the subsidy over to the customer, so that we will be not just better than others, but also cheaper.”

The first stage in setting up the [new] venture was the training of workers. “There are 20 participants in our first training course, which is to end next week (we selected the best from among 80 candidates). A third of the trainees are women,” Sana says. “And we expect more and more women to enter the field.”

How much had each student to pay for the course?

“Nothing. Nir and I put out of pocket NIS 70,000 [about $19,000] to train our first workers. To begin with, we approached the big companies, enquiring precisely what QA professionals have to know and, on the basis of the data collected, we built a unique syllabus for the course. And since all the participants have a background in the QA field, we could finish the course in two intensive months of training rather than in six months.”

How much can your workers make per month?

Concurrently with the launch the of first course of software testers, the two partners went from one major high-tech company to another in an attempt to secure jobs for the graduates of their course. EMC Corp. (a global leader in software and hardware solutions for information infrastructure management, counseling and professional services), which set up a large center in southern Israel, has already promised to hire the services of a number of the graduates. The two partners are currently conducting advanced negotiations with some other companies. “Amdocs, for one, is not interested in outsourced workers,” Sana notes, “and we have no problem with that. If our trainees are accepted for work at Amdocs as regular employees, I'll welcome it. Our goal is to introduce high-tech into the Bedouin sector and to generate as many high-tech jobs as possible in this sector. If, thanks to our efforts, a Bedouin is hired as a regular, full-time employee by Amdocs or Intel, no one will be happier than me.”

They are promising you subsidies and state funding; however, the first course you financed out of your own pockets.

“We receive extensive moral support for our venture, but so far we have not seen a dollar from the state. At the same time, we have been assured of subsidization for the course once it gets underway. We thus decided not to wait for the bureaucracy to put things in motion, and set out on our own. I have no doubt that eventually, the state will make good on its promise and grant us the due funds.”

“Hadn’t I been an optimist, I would have never left the great job I had at Cisco and embarked on an unknown adventure. I am sure of our success and confident that we can bring about a change in the Bedouin sector and ensure the integration of Bedouin academics in the highly attractive and lucrative professions they have specialized in that the Israeli labor market has to offer.”

Tali Heruti-Sover is a contributing writer for Al-Monitor's Israel Pulse and the editor of the entrepreneur, career and management sections of The Marker, the leading economic daily newspaper In Israel (by the Haaretz group). During the last 10 years, she was a magazine writer on Yediot Achronot, the most popular newspaper in Israel; Ynet, the most popular news web site and Globes, the second-leading economic newspaper in Israel. 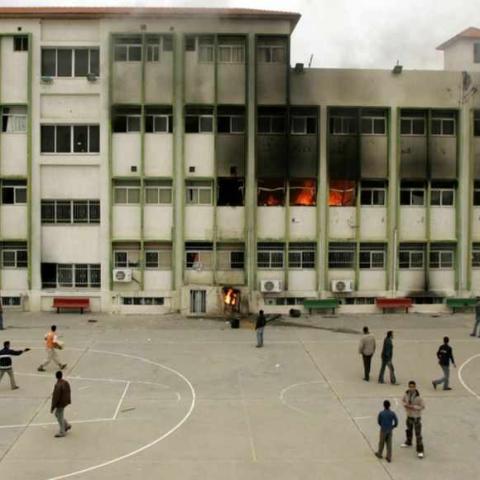 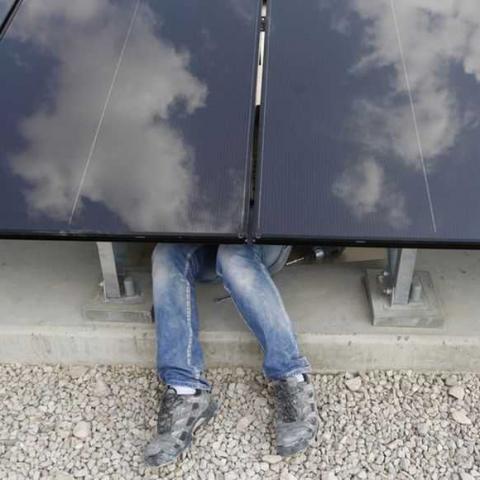