Is any feasible deal on the S-400 deployment in Turkey in the works? 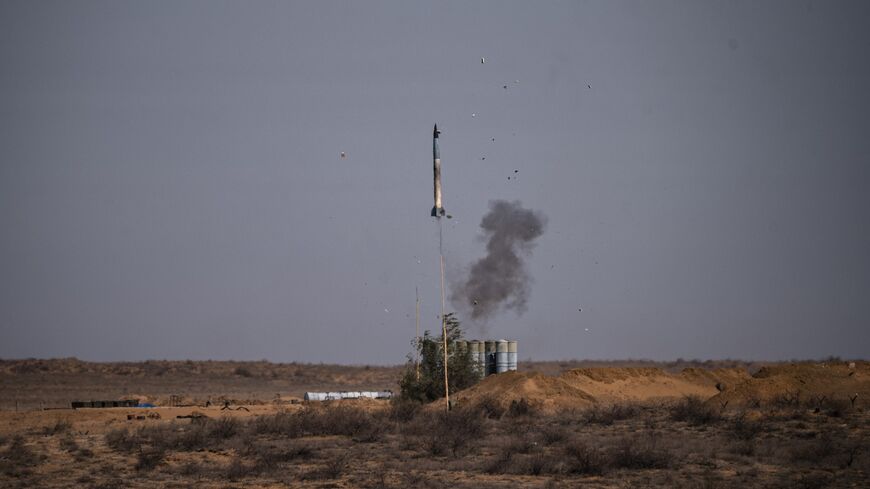 A rocket launches from a S-400 missile system at the Ashuluk military base in southern Russia on Sept. 22, 2020, during the "Caucasus-2020" military drills gathering troops from China, Iran, Pakistan and Myanmar along with those from ex-Soviet Armenia, Azerbaijan and Belarus. - DIMITAR DILKOFF/AFP via Getty Images

With less than a week left before Turkish President Recep Tayyip Erdogan meets with Joe Biden for the first time since he was elected president, rumors are swirling of an impending deal on Russian S-400 missiles that would help salvage relations between the NATO allies and see the equipment placed under US custody. But diplomatic sources with close knowledge of the S-400 impasse, speaking on condition of anonymity to Al-Monitor, deny there is any agreement in place.

“It’s the first I am hearing of this,” said a senior Turkish official. A Western official called the rumors “a bluff.”

“Erdogan is playing like [Turkey] is indispensable. There is no chance that Russia will accept storage of the S-400 under US custody. Basic fact from the commercial leaflet — they are meant to down [US made] F-16 and F-35 [fighter jets],” the Western official added.

Erdogan and Biden are scheduled to meet on the margins of a June 14 NATO summit in Brussels and various analysts have offered outlines of a possible accord that’s purportedly in the works. Others express profound skepticism.

Soner Cagaptay, a fellow at the Washington Institute for Near East Policy and the author of several books on Erdogan, tweeted that Ankara had made an offer to place the Russian missiles — which led to congressional sanctions and Turkey’s ejection from the F-35 program — under joint US-Turkish custody at a NATO facility. In exchange, Turkey would operate and protect Afghanistan's Kabul airport, “assuring that coalition embassies in Afghanistan remain safe,” following the withdrawal of US troops.

Cagaptay said a deal on Kabul airport seems within reach, with the sides negotiating terms that include Turkish demands for financial and security back up from the United States, sources familiar with the negotiations said. Cagaptay said Biden would then issue an executive waiver to lift S-400 sanctions that were slapped on Turkey late last year over its refusal to get rid of the multibillion dollar Russian system despite a volley of US warnings on the likely consequences.

Al-Monitor contributor Metin Gurcan reported June 3, “There are signs that Erdogan might propose a new formula to Biden — to deploy the S-400s under US control at the Incirlik air base in southern Turkey, without any Russian involvement in their operation and maintenance.”

Sinan Ulgen, a former Turkish diplomat and prominent think tanker, argued in a June 9 essay for Bloomberg that Ankara might “accept a deal in which it can only use the system in exceptional circumstances that endanger Turkey’s national security. Installing the S-400 at the Incirlik airbase, which is used by the United States, would allow compliance to be easily monitored.”

Other analysts disagree. For one, just that sort of a deal was touted by the Trump administration and rejected by Ankara at the time. “That option is not on the table anymore,” said Gonul Tol, executive director of the Middle East Institute’s Turkey program.

“I don’t think this administration is interested in any grand bargain with Turkey,” Tol added.

It might have worked before Congress passed legislation saying that Turkey had to give up possession of the S-400s as a condition for lifting sanctions. “That doesn’t leave much wiggle room,” observed Alan Makovsky, a senior fellow at the Center for American Progress who closely monitors Turkey.

“Diplomats can play with nuanced definitions of ‘possession’ but I don’t think the Biden administration would thwart the will of Congress on this issue, and I assume he would consult with congressional leadership before finalizing any deal with the Turks,” Makovsky told Al-Monitor.

Moreover, “Congressional leadership would have to be satisfied by any ‘nuanced’ solution Biden negotiates with Turkey. And that won’t be easy. I don’t believe there can be any solution if the S-400s remain on sovereign Turkish territory, including on a base such as Incirlik. It would be too easy for Turkey to send the Americans home and say they’ve decided to deploy the S-400s after all. The only possible solution, in my view, will be one that sends the S-400s back to Russia or that stores them in another NATO country, perhaps under joint US-Turkish custody,” Makovsky added.

It’s unclear where the latest claims of a deal originated. During his first meeting in March with Antony Blinken since the latter became secretary of state, Turkish Foreign Minister Mevlut Cavusoglu is known to have said the S-400 was a “done deal” and that Turkey would be taking delivery of a second batch of missile batteries as part of the agreement with Moscow. Blinken reportedly responded that the United States would then likely slap Turkey with further sanctions.

Perhaps Erdogan believed that his trademark brinkmanship would pay off and, fearful of “losing” a vital NATO ally, that the Biden administration would back down. Cagaptay conceded that he wasn’t “certain either” that any firm agreement had been reached between the two sides and tweeted a "correction."

“I just can say that Erdogan really wants to create a narrative of good ties with the United States in order to turn the Turkish economy around and rebuild his base. Otherwise he’s toast,” he told Al-Monitor.

The economy that has underpinned Erdogan’s staying power — his Justice and Development Party (AKP) has governed alone since 2002 — is in a tailspin as a result of poor management, massive corruption and unfavorable global conditions all compounded by the COVID-19 pandemic. Recent polls suggest that neither Erdogan nor his alliance with the ultranationalist National Movement party could beat the opposition in presidential and parliamentary elections that are due to be held in 2023.

“I don’t think that the matter can be solved without some loss of face for President Erdogan and his team. It would be worth it for Erdogan, however. By the time elections roll around in two years, voters won’t remember or care about the loss of face. Rather Erdogan, as the incumbent facing reelection, would benefit from the economic improvements that better relations with Washington would bring,” Makovsky said.

“If I were Ibrahim Kalin, I’d say: 'Boss, the economy is bleeding and so is our support. Let’s not go down for the sake of pride,'” Makovsky added. Kalin is a top adviser to the Turkish president and counted as among a minuscule posse of rational actors in Erdogan's entourage.

As for the Russians, “They won’t like it,” Makovsky acknowledged. “The S-400s were more than an arms sale; they symbolized Russia’s effort to use Turkey to drive a wedge into the Western alliance. If Erdogan, in effect, gives up the S-400s, it’s a signal of failure — at least partial failure — of that effort. But I doubt Moscow’s concern would be about compromise of its technology. Surely they didn’t have any illusions in transferring the S-400s to a NATO country that the US and its allies would find a way to examine the technology. For that reason, it’s a safe bet Turkey didn’t receive Russia’s most sophisticated version of the S-400.”

Western diplomats disagree. “Would the US let Turkey park Patriot missiles on a Russian base? No way. So why would the Russians accept that?” asked one of the diplomats who spoke with Al-Monitor. Russia has yet to formally comment, which suggests that it doesn’t take the breathless conjecture making the round seriously — for now.