Two Iranian military advisers killed by IS in Syria

The Islamic Revolutionary Guard Corps members died during an ambush near Deir ez-Zor in eastern Syria, where the Islamic State remains active. 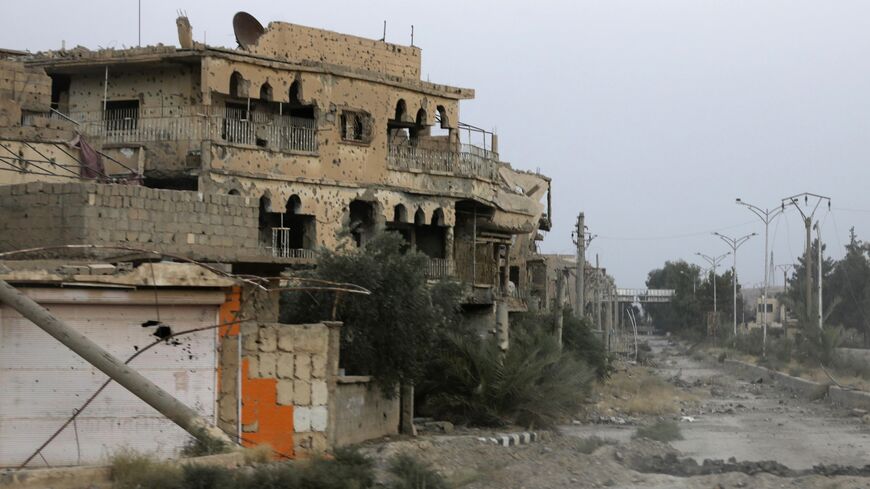 A general view of destruction is seen in the eastern Syrian city of Deir ez-Zor on Sept. 20, 2017, as Syrian government forces pressed forward with Russian air cover in the offensive against the Islamic State across the province of the same name. The Islamic State, although now a shadow of its former self, killed two Iranian military advisers between Deir ez-Zor and Palmyra on June 3, 2021. - LOUAI BESHARA/AFP via Getty Images

Two Iranian military advisers were killed by the Islamic State (IS) in eastern Syria on Thursday.

Hassan Abdullah Zadeh and Muhsin Abbassi died in an IS ambush between the cities of Deir ez-Zor and Palmyra, the Russian state media outlet RT Arabic reported. The advisers were members of the elite Islamic Revolutionary Guard Corps (IRGC), according to RT’s correspondent in Tehran.

The story was also reported by Iran’s semi-official Fars News agency, and was subsequently picked up by several Arabic-language and Turkish media outlets.

The IRGC is an active military force throughout Iran and the Middle East. Iranian forces fight on the side of the government in the Syrian civil war, as does Russia.

IS lost its last Syrian territory to the US-backed and Kurdish-led Syrian Democratic Forces in 2019. The group is still active in Syria, however, particularly near Deir ez-Zor. IS attacked Syrian government forces there in March.