Turkish troops to remain at Kabul airport after NATO withdrawal

The US president has committed to granting Turkey's requests for support to maintaining troops at Kabul International. 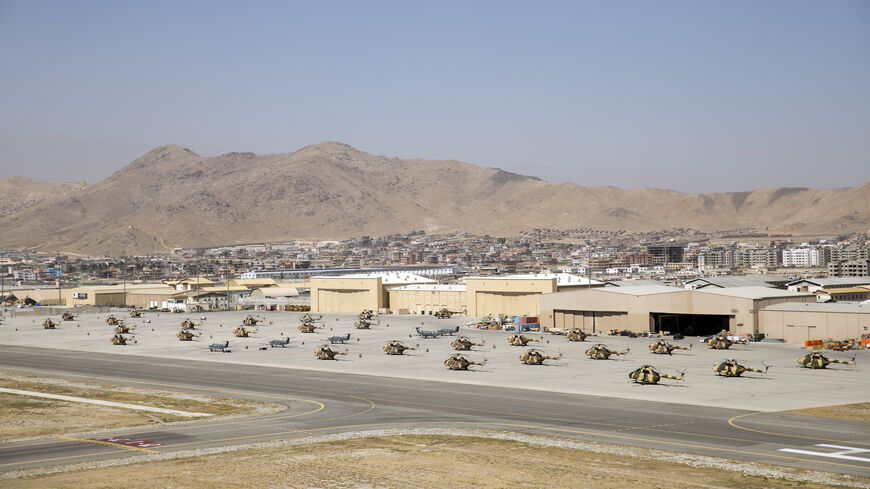 Helicopters sit on the tarmac at Kabul Airport on Oct. 3, 2014, in Kabul, Afghanistan. - Dan Kitwood/Getty Images

US President Joe Biden agreed to Turkish President Recep Tayyip Erdogan's requests to support Ankara’s forces as they retain control of Kabul International Airport after American and NATO troops withdraw from Afghanistan this summer, a senior US official said Thursday.

"President Biden committed that that support would be forthcoming" during their meeting in Brussels on Monday, national security adviser Jake Sullivan told reporters on a briefing call today.

“President Erdogan expressed satisfaction with that, and the two of them tasked their teams just to work out the final details,” Sullivan said.

US officials “are putting together a detailed and effective security plan” to assist the Turkish security plan, which Western officials see as vital to protecting diplomatic missions to the Afghan government as the Taliban makes gains in various parts of the country.

The two leaders did not reach any agreement on the dispute over Turkey’s possession of Russia’s S-400 air defense system, both sides have said, though Biden expressed optimism about future relations.

Sullivan said today that the presidents agreed to continue dialogue on the S-400 dispute “and the two teams will be following up on that coming out of the meeting.”

The two NATO allies have suffered their worst relations in decades over the past few years, yet Turkey remains a key strategic partner for Washington’s geostrategic goals.

Turkey continues to object to US military support for Kurdish-led militias fighting against the Islamic State in northeast Syria and considers the leading Kurdish faction a terrorist organization.

The United States booted Turkey from its F-35 Joint Strike Fighter Program in 2019 over Ankara’s refusal to give up its Russian S-400 defense system, which American officials say could compromise the F-35’s technology.

The Taliban rejected Turkey’s proposal to leave troops at Kabul International last week, but Sullivan brushed that point aside.

“We do not believe that what the Taliban has said publicly should or will deter the efforts underway right now to establish that security presence,” he said today.

Asked whether the United States has a backup plan if the Turkish government decides not to remain in control of Hamid Karzai International Airport, Sullivan expressed confidence that the cooperation plan would succeed, but that US officials have identified an alternative.

He did not elaborate, citing security reasons.