The fighters attempted to infiltrate territory held by Turkey and its Syrian rebel allies, according to Turkish state media. 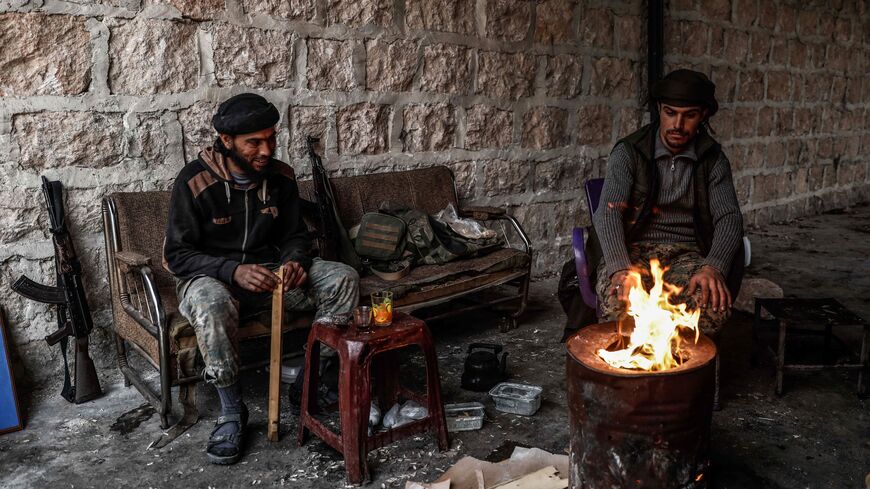 Turkish-backed Syrian fighters sit around a fire in Tadef, near the city of al-Bab, in the eastern countryside of Aleppo province on April 27, 2018. - SAMEER AL-DOUMY/AFP via Getty Images

The Turkish military uses the term “neutralized” to refer to enemy combatants who are killed or captured. The fighting took place in parts of northern Syria controlled by the Turkish military and its Syrian rebel allies. Two of the PKK fighters attempted to infiltrate Turkish territory near al-Bab while the other was engaged between the cities of Ain Issa and Tal Tamr, according to Anadolu Agency. Both areas are close to the Turkish-Syrian border.

The PKK fights for greater rights for Kurds in Turkey. Its ideological ally the People’s Protection Units (YPG) is one of the main military forces in northeast Syria and leads the US-backed Syrian Democratic Forces (SDF), which fights the Islamic State (IS). Turkey refers to the YPG and its allies as PKK. Ankara views the presence of PKK-aligned groups on its border with Syria as a threat. Both Turkey and the United States consider the PKK a terrorist organization.

Turkey began a direct military intervention in Syria in 2016 against IS and the SDF. In 2019, Turkey launched a major military incursion into SDF territory in northeast Syria following the repositioning of US troops.

Turkey also regularly conducts operations against the PKK presence in the Kurdistan Region of Iraq, which borders northeast Syria and Turkey.