With a new government about to be sworn in in just a few days and with the Supreme Court to discuss Sheikh Jarrah eviction in the very near future, tensions are high in Jerusalem. 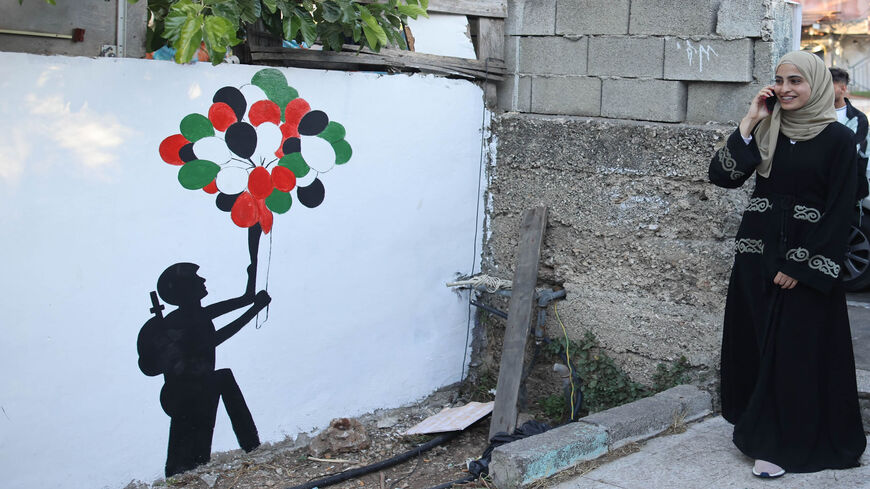 Palestinian activist Mona el-Kurd talks on the phone at her home in the neighborhood of Sheikh Jarrah after being released from an Israeli police station, East Jerusalem, June 6, 2021. - Ahmad Gharabli/AFP via Getty Images

Attorney General Avichai Mandelblit notified this morning the Supreme Court that he will not intervene in the affair. A statement by his office said it will not step in as a civil side in the matter. Last month, the Supreme Court accepted a request by Mandelblit to postpone a session on the petition. At the time, Mandelblit explained he was considering joining the process and attending the debate. Mandelblit’s request was related to the security escalation over the imminent eviction, with violent demonstrations taking place in Jerusalem and elsewhere in the country.

Reportedly, Mandelblit now estimates that the law is not on the side of the Palestinian families, and that stopping the eviction process would be difficult, if not impossible. Reports also claim Mandelblit had decided not to advance a possible solution — which would be for the state to confiscate the homes in question. Once confiscated, the residents of such buildings would be protected from eviction. Still, the attorney general had apparently assessed that the Palestinian families would not go along with this solution, which they had already refused in the past. In fact, the petitioners had refused any compromise that recognizes ownership by the settlers.

On June 6, police detained for several hours two prominent Palestinian activists who had been campaigning against the threatened expulsion. Mona el-Kurd, 23, has over 1 million followers on her Instagram account, dedicated to the battle against the imminent eviction. She was arrested at her home in Sheikh Jarrah, but released later in the day. Police said she was suspected of participating in riots. With her, police also detained her twin brother, Muhammad el-Kurd, a militant and social media activist. He has 550,000 followers on his Instagram account and 180,000 followers on Twitter. Thus, the detention of the two siblings raised much attention across the globe.

On June 5, Defense Minister Benny Gantz said he will demand to call off a Jewish-nationalist parade through Jerusalem’s Old City, if the parade “requires extraordinary security measures and endangers public order and diplomatic processes.” The controversial march is scheduled for June 10. The right wing had asked to parade this week, after the traditional Jerusalem Day Flag March was canceled when Hamas fired rockets on the city May 10.

Referring to the parade on June 5, Yesh Atid legislator Ram Ben-Barak blamed the right wing for trying to reignite the region and thwart plans to swear in a new government. “We are at the beginning of difficult days in which a lot of pressure and attempts will be made to thwart the change government, but in the end, a new era will begin here. The will to form a government that will unite the division in Israeli society will overcome all attempts to thwart it,” said Ben-Barak.

Reports June 6 said senior police officers would like the parade to be rerouted in order to diminish the risk of friction with Palestinian residents. The idea is for the parade route to circumvent the Damascus Gate and Muslim Quarter of the Old City. Reports June 7 indicate the parade was called off, after police rejected the organizers' request to be allowed to march through the Old City's Damascus Gate.

Other reports said that senior American officials recently expressed concerns over the volatile situation in Jerusalem and the possibility of another escalation between Israel and Hamas. These concerns were expressed to Gantz during his visit to Washington last week. Foreign Minister Gabi Ashkenazi addressed this weekend a letter to Netanyahu, warning of the international sensitivity that surrounds Israel’s actions in Jerusalem.