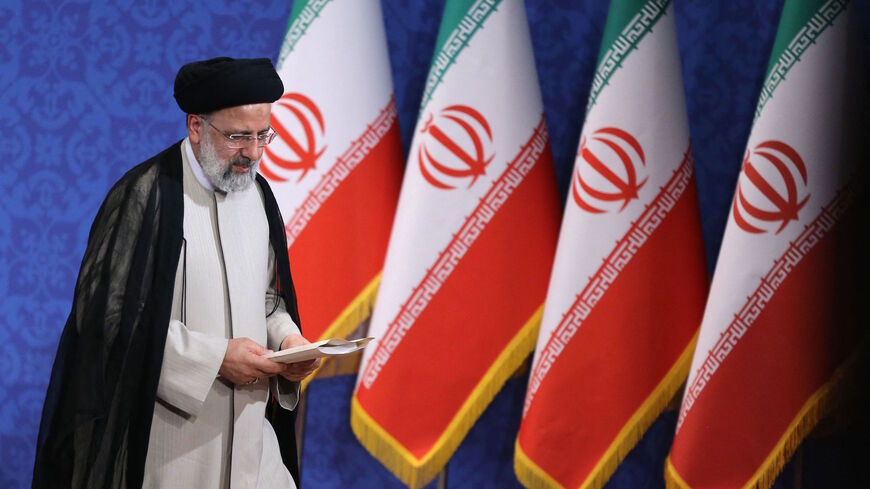 1. Hot take on Iran: Bennett calls for ‘world powers to wake up’ on Raisi, Iran

Talks will go on … Incoming Iranian President Ebrahim Raisi will continue talks on the Joint Comprehensive Plan of Action (JCPOA), or Iran nuclear deal. As we wrote here last week, the economic payday from a revived JCPOA would be a huge boost economically and politically. The JCPOA was wildly popular in Iran. If Raisi can close the deal, the conservatives, not the Reformists, can claim the windfall.

... but no missiles. Raisi has ruled out discussions of Iran’s regional role and missiles as part of the JCPOA talks as "non-negotiable." This is on the one hand not new. Rouhani and his negotiators, at least publicly, have called for the United States to "live up to its commitments" under the JCPOA.

“No problem” with regional talks. Raisi will probably keep pace with Iran’s outreach to regional parties, including Saudi Arabia, saying at a press conference after his win, “There should be no problem for relations between the two countries as well as dialogue with all regional countries.”

Guarantee? “The US must give a guarantee” that it will not back out of any subsequent nuclear deal, Iranian Foreign Ministry spokesman Saeed Khatibzadeh said this week, as Adam Lucente reports. In 2018, US President Donald Trump withdrew from the JCPOA, which had been negotiated by his predecessor, Barack Obama, in 2015.

Bennett calls on world powers to wake up. Just because Benjamin Netanyahu is no longer prime minister, don’t expect a change in Israel’s alarm about a new Iran deal. Referring to Raisi as the “hangman of Tehran,” newly installed Prime Minister Naftali Bennett said Monday that this is the “last chance for the world powers to wake up before returning to the nuclear agreement. … These guys are murderers, mass murderers,” as Rina Bassist reports. Expect Bibi to keep the heat on Bennett from his perch as Likud party opposition leader, Ben Caspit writes. While there may be little difference in Bennett and Netanyahu on opposition to the JCPOA, the new prime minister will want less rancorous ties with Democrats in Washington.

Our take. The State Department classifies the JCPOA as a nonbinding political agreement, not a treaty. If it were a treaty, it would require a two-thirds majority vote in the Senate, where there is a 50-50 Republican-Democrat split. Whether the Joe Biden administration seeks some form of congressional buy-in for a renewed or new nuclear deal, which is what Iran may mean by “guarantee,” is a decision solely for the White House, but does not seem to be required by law. A treaty is therefore a nonstarter. A subsequent agreement could be subject to congressional review under the Iran Nuclear Agreement Review Act, which was passed prior to the JCPOA.

The deadline for the UN Security Council to renew its last remaining humanitarian aid channel to Syria is fast approaching, and as Fehim Tastekin writes, Turkey is expected to play a key role in negotiations between Russia and the United States.

Washington is urging Moscow not to veto the cross-border mandate, which allows UN relief agencies to supply rebel-held Syria using the Bab al-Hawa crossing on the Turkish border.

But Russia, which views the aid operation as a violation of Syria’s sovereignty, might be willing to compromise if Turkey were to reduce its support for jihadi opposition groups in Syria, Tastekin says.

Also at stake is the al-Yarubiyah crossing on the Iraqi border, which served northeast Syria before Moscow forced its closure in early 2020. Washington wants the crossing reopened, but Ankara fears doing so would help the Kurds who govern the region.

3. US not trading Syrian oil for aid

The Biden administration, meanwhile, says its decision to not renew a sanctions waiver for an American energy company planning to extract and market oil in northeastern Syria was not connected to aid negotiations with Russia.

As Amberin Zaman first reported last month, the United States did not renew the waiver for Delta Crescent energy when it expired in May. The decision “had nothing to do with the Russians,” a senior administration official told Zaman, pushing back on recent speculation.

In the ancient desert city of Palmyra, Russia has set out to restore the archaeological treasures damaged by the Islamic State (IS). Before Russian-backed Syrian forces expelled the group in 2017, IS militants plundered and razed a number of sites in the UNESCO World Heritage city, including the 2,000-year-old Arch of Triumph.

Moscow has since inked a number of agreements with Damascus to rehabilitate the monumental ruins in what analysts tell Mohammed Hardan is an effort to reap future tourism dollars. Russia’s interest in Palmyra can also be explained by the city’s proximity to potentially lucrative phosphate mines and gas fields.

Catch up on our coverage of Idlib province, the rebel holdout in northwest Syria that’s largely under control of the US-designated terrorist group Hayat Tahrir al-Sham.

-Sultan al-Kanj reports on how the militants are cracking down on a Kurdish jihadi group known as Ansar al-Islam that’s seeking to establish its own “Islamic state.”

-Khaled al-Khateb has this story on why a group of Hayat Tahrir al-Sham-affiliated Uzbek jihadis destroyed antiquities they considered to be false idols on display at the Idlib Museum.

-Kanj covers the uproar caused by Idlib University’s decision to ban men and women from participating together in chat rooms on WhatsApp, Telegram and other social media apps.

Afif Abu Much has this deep dive on Saeed Alkharumi, a Bedouin member of the Arab party Ra’am whose sole mission is stopping Israeli demolitions in unrecognized villages in the Negev.

Despite Ra’am’s inclusion in the coalition led by Prime Minister Naftali Bennett, Alkharumi abstained from the history-making vote to approve the new government. It remains to be seen whether he plans to vote for the state budget, and in the meantime, Much writes that “Ra’am is working to project that all is calm within the party.”

Yizhar Hess, vice chairman of the World Zionist Organization and former CEO of the Conservative Judaism movement, says he’s hopeful that Israel’s new government can repair the country’s strained relationship with the Jewish diaspora, specifically liberal American Jews. Hess tells Ben Caspit that he doesn’t expect the Naftali Bennett-led government to be revolutionary when it comes to religion vs. state, but implementing the “Kotel” agreement would be a step in the right direction. The agreement, which was scrapped by former Prime Minister Benjamin Netanyahu, would create a designated space at the Western Wall for non-Orthodox mixed-gender prayer. Listen to the full podcast with Hess here.

One cool thing: Egyptian museum gets a makeover

Egypt is carrying out renovations on downtown Cairo’s Egyptian Museum of Antiquities, in hopes of competing with the new state-of-the-art, billion-dollar Grand Egyptian Museum. The rebranding work comes after a number of precious artifacts, including 22 royal mummies and King Tutankhamun's burial treasures, were transferred from the Egyptian Museum of Antiquities to the newer museum in Giza. Shahira Amin details how experts from the Louvre and other European museums are now lending their expertise to restoring what’s been described as a cramped warehouse for Egyptian artifacts.

Even before the civil war, Yemen was the Arab world’s poorest country. Today, an estimated two-thirds of the population — more than 24 million people — are food insecure. The COVID-19 pandemic, prolonged conflict and the spread of cholera have contributed to what the United Nations calls the world’s worst humanitarian crisis. The World Bank describes how its International Development Association is providing cash-for-work opportunities, emergency health services and nutrition support to Yemeni families in need. Read the full report here.