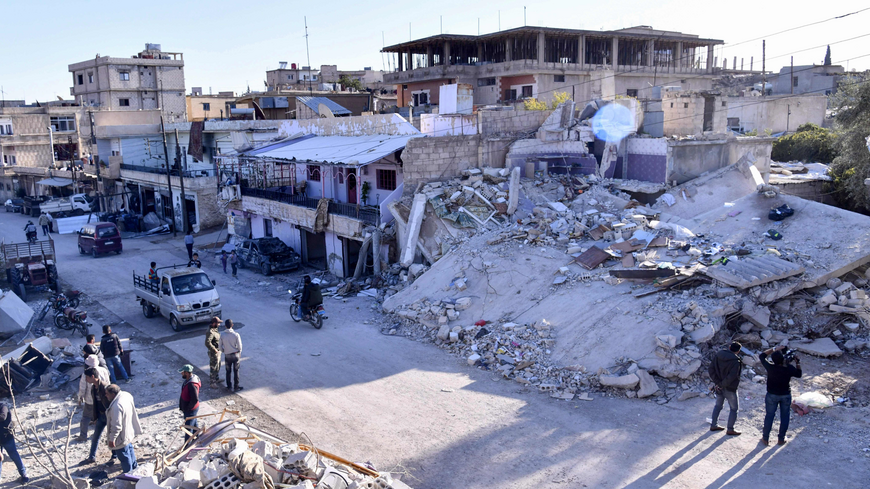 People inspect damaged buildings on Nov. 20, 2019, following a reportedly Israeli airstrike on the Syrian village of Beit Saber, southwest of the capital, Damascus, in this photo released by the official Syrian Arab News Agency (SANA). The Israeli army confirmed that it carried out strikes against military sites in Damascus in response to rocket fire from Syria the previous day. - SANA/AFP via Getty Images

Syria has reported new Israeli airstrikes in the country.

The official SANA news outlet said that Syrian air defense responded to missiles from the “Israeli enemy.” The strikes targeted unspecified locations in central and southern Syria and came from the direction of Lebanon. The missiles were reported to have been launched at 11:36 p.m. They resulted in “material damages” and some were downed by the air defense, according to SANA.

The Syrian government regularly accuses Israel of carrying out airstrikes in its territory, though Israel rarely confirms this. The suspected Israeli missiles target Syrian military and allied targets, including those of Iranian forces.

Most recently, suspected Israeli airstrikes hit a factory on Syria’s Mediterranean coast in May.