The attack was the first since a missile from Syria landed near an Israeli nuclear reactor last month. 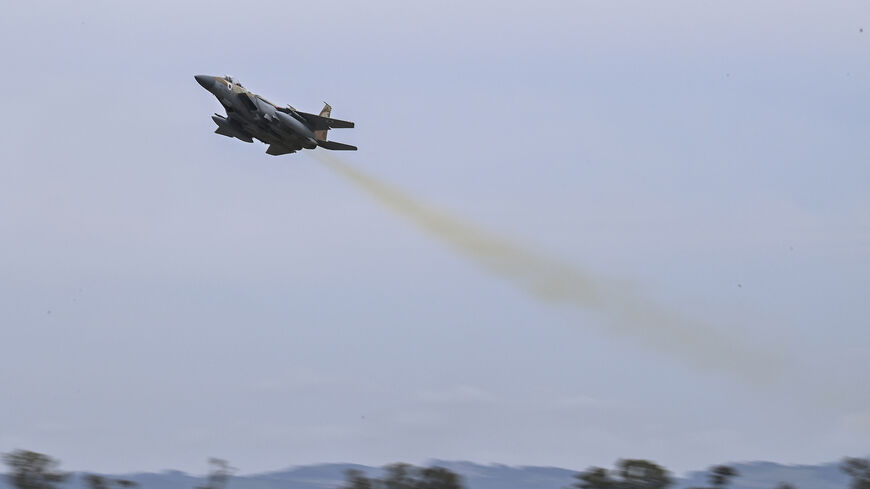 An Israeli F-15 jet takes off from the military airport of Andravida, southern Greece, on April 18, 2021. - ARIS MESSINIS/AFP via Getty Images

Syrian air defenses responded to an Israeli missile attack at around 2:20 a.m. local time in the coastal region of Latakia. One civilian died and six others were injured. The Syrian military downed some of the missiles, but the strike hit a civilian plastic factory, according to the official Syrian state media outlet SANA.

Images and video obtained by SANA showed significant material damage to a building as well as a fire at the site. Other videos of the strike on social media also showed a large fire.

The Syrian government regularly attributes airstrikes in the country to the Israeli military, but Israel rarely confirms its involvement in foreign operations. The strikes typically target Syrian and Iranian military positions in the country.

Today’s attack was the first since a rare missile landed inside Israel last month. On April 22, a missile landed near the site of Israel’s nuclear reactor near the city of Dimona. The Israel Defense Forces said the missile came from Syria and confirmed firing missiles at Syria at the time.