With Iranian news outlets speculating about Raisi’s future cabinet, some analysts believe he will form an inclusive government — within limits. 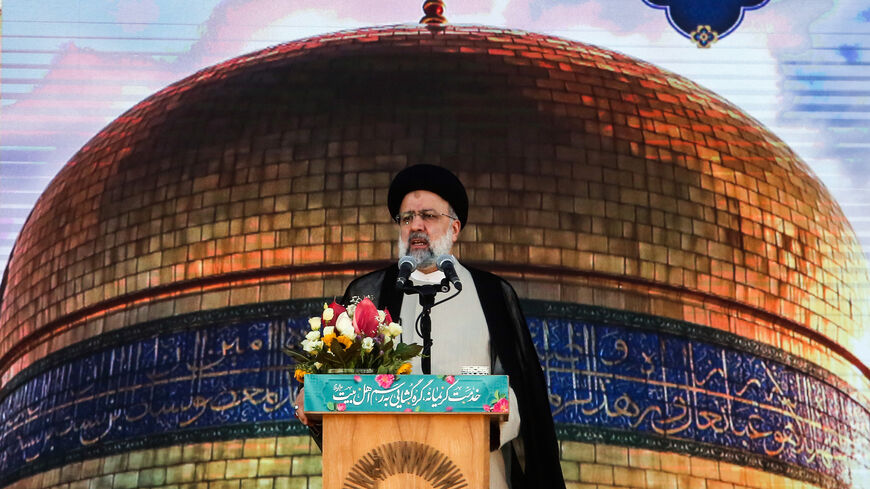 Iran's President-elect Ebrahim Raisi delivers speech at the Imam Reza shrine in the city of Mashhad in northeastern Iran, on June 22, 2021. - On June 19 the 60-year-old was named the winner of the Islamic republic's presidential election, set to take over from moderate Hassan Rouhani in August. - MOHSEN ESMAEILZADEH/ISNA NEWS AGENCY/AFP via Getty Images

Iran’s Interior Ministry announced the official results of the presidential election, cementing President-elect Ebrahim Raisi's win at over 18 million votes. Raisi received over 60% of the vote in an an election that saw record low turnout of just 48%. In second place was voided votes, many of them protest votes over the mass disqualification of candidates that paved the way for Raisi’s landslide victory.

Raisi chose his hometown of Mashhad for his first post-election speech on June 22. Speaking at the site of the Imam Reza shrine, Raisi focused on general religious issues and the need for an Islamic government that is in service of the people. He did not get into specifics on his cabinet, and media outlets are speculating about his administration.

Conservative political activist Nasser Imani told the news agency Fararu that despite some believing that Raisi will be a hard-line president, he actually has a somewhat moderate temperament. Imani believes that unlike previous administrations, Raisi will not enter office and change all the ministries from top to bottom. Although he did add that Raisi would likely not bring in any individuals with opposing views, he said it would not necessarily be an administration of a single political faction and that he would build a nonpartisan cabinet.

When asked about speculation that Saeed Jalili will be appointed foreign minister and tasked with overseeing the nuclear negotiations, Imani said that Jalili has changed in the last 10 years, as the presidential debates showed. When it comes to negotiations, he said that whoever takes over will continue the same policies of the political establishment, but conceded that the tactics might change with a new negotiator.

In today's Iran, however, nonpartisan does not mean Reformists and moderates but rather individuals with no party affiliations. The idea is from Supreme Leader Ayatollah Ali Khamenei’s “Second Step” initiative to introduce younger professionals into the administrative class who, while conservative in their outlook, are not bound by partisan or factional affiliations. They would rather be bound to the principles of the Islamic revolution and in line with the views of the supreme leader.

As for the Reformists, one of the main Reformist theoreticians, Saeed Hajjarian, declared the party officially dead on Twitter. “Reformism through the ballot box is dead,” Hajjarian tweeted. “But before we bury it we must perform an autopsy and find the cause of the death. Did it die of old age or are there fingerprints of a murderer or murderers?”

There is no doubt that Reformists have been brutally suppressed since they emerged on the scene in 1997. The state’s security forces have methodically arrested, harassed and prevented Reformists from gathering and the political movement arguably never had a chance.