Young Palestinian director Omar Rammal is still reaping positive reactions to his short film, "The Place," which he produced and posted on social media during recent events in the Sheikh Jarrah neighborhood in Jerusalem. 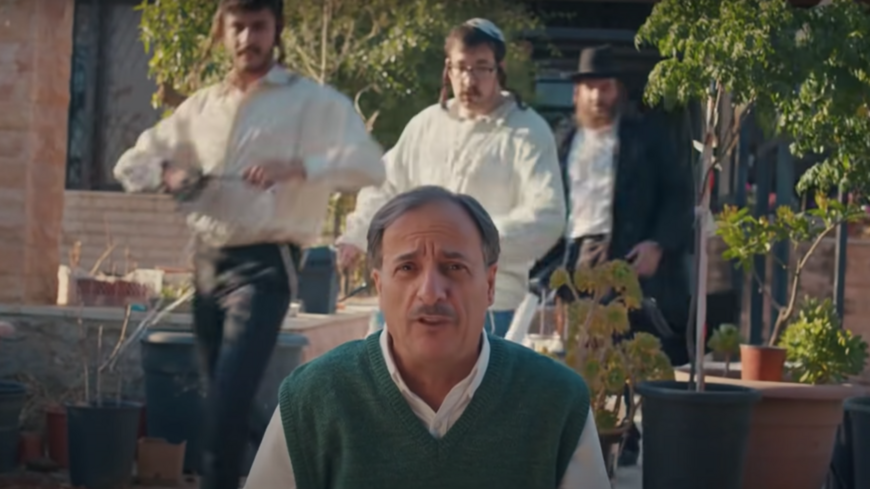 RAMALLAH, West Bank — On May 15, Palestinian film director Omar Rammal, 23, posted his short film, “The Place," on his YouTube channel, but he never expected it to go viral. “I believed it would receive broad acclaim, but not to this extent,” Rammal told Al-Monitor.

The video, which he first posted on his Instagram account on May 15, garnered more than 6 million views, and several other channels shared his film. Rammal posted his film without copyrights for it to be available to anyone who wants to repost it, so as to convey the reality in Palestine, and in Sheikh Jarrah in particular, to the whole world.

In "The Place," which is only a minute and a half long, Rammal summarizes the displacement that 28 Palestinian families are facing in the Sheikh Jarrah neighborhood of East Jerusalem, where Israeli settlement groups are trying to expand.

Rammal deliberately posted his film on the anniversary of Nakba Day to say that the theft of Palestinian homes has been going on ever since and that the Sheikh Jarrah neighborhood will not be the last, as every “place” in Palestine is targeted in light of the ongoing occupation.

He focused on the human factor in his film through the story of a Palestinian family talking about their home, with the mother talking about her “seasoned with love” kitchen, the young girl who loves her bedroom and toys, the boy who represents the Palestinian youth, and the father who inherited his home with a tree in the yard that his grandfather planted — which is what he loves most about the home.

Behind these “normal” scenes, the settlers appear, taking away the family’s memories by stealing their home.

Rammal made sure to have English subtitles with a simple comment at the end that summed up the film’s message: "The place is us … our existence … our memories and our future.”

When Rammal came up with the idea for "The Place," he told his friend Suleiman Tadros, a scriptwriter, about it. Tadros helped him turn it into a script. The film’s producer, Abdel Rahman Abu Jaafar, and the entire crew, including the actors, were all volunteers who wanted to contribute in their own way to support the Palestinian struggle.

The film took three days to shoot, but Rammal did not believe his film was strong enough until they shot the scene of the mother, played by Jordanian actress Hind Hamed. “I felt a chill in my body while watching the scene after filming it. That is when I told myself this film will have a huge impact,” he said.

Rammal believes that in addition to posting the film on social media at a time when the world was showing great solidarity with the Palestinian cause and the Sheikh Jarrah neighborhood, the secret for its success was the way it conveyed the humanitarian message of the cause.

Rammal noted that Palestinian and Arab cinema, despite the lack of capabilities, can communicate the Palestinian narrative to the entire world if it is used in a smart and humane way.

He compared the success of "The Place" to that of his first film, "Hajez" ("Checkpoint"), which he directed in 2019, and he talks about the daily suffering of Palestinians at Israeli checkpoints. Although both of them illustrate a Palestinian reality, the first film was not well-received because of the direct political message it contained.

The success of this film put Rammal at a crossroads: He does not want to be seen as the Palestinian director who only shows the Palestinian struggle, because he believes in the need to show the other side of a Palestinian's life, which is no different from any other person anywhere. “It is true that the life of Palestinians is complicated by the occupation, but we do go about our daily lives like everyone else.”

He noted that Palestinian filmmakers should not only present Palestinian issues or only show Palestinians in a negative light or in a superficial way, but rather they should focus on reflecting the humane side and Palestinians’ daily lives.

Rammal is from the city of Salfit in the northern West Bank and completed his studies in filmmaking in the Jordanian capital, Amman. He directed in 2018 "Fatimah," a short documentary about a Syrian refugee girl in Jordan, and he participated in several Arab and international film festivals such as the Franco-Arab Film Festival, the Elia Short Films Festival and the Winter Film Awards in New York.

"The Place" not only conveyed a Palestinian message to the world. It also proved that Palestinian cinema can communicate the true Palestinian narrative by intelligently using available tools and social media so as to dominate the Israeli narrative, which distorts Palestinians’ image.