Rouhani's expression of gratitude came a few weeks after his foreign minister was caught in a leaked audio, complaining about Russian attempts to put a spike in the wheel of the 2015 multilateral talks that culminated in the Iran nuclear deal. 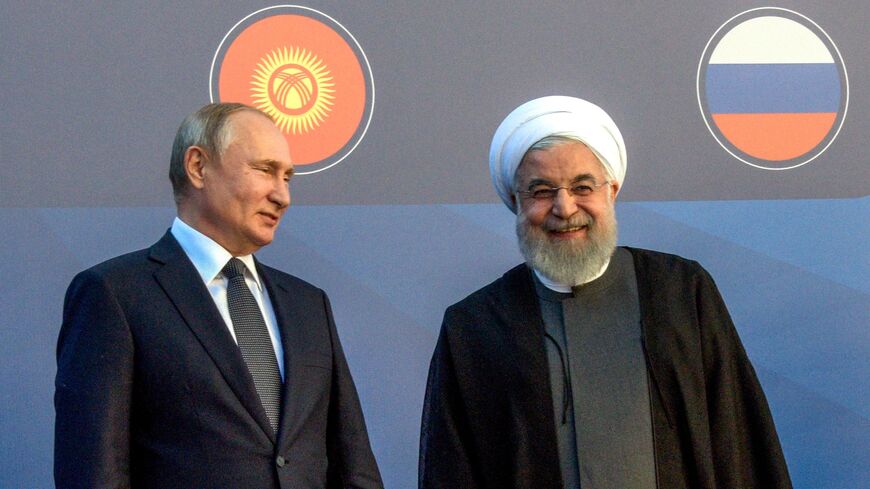 Iran's President Hassan Rouhani said his country's already "friendly relations" with Russia have expanded during his eight years in office, as he expressed "gratitude" to his "esteemed" Russian counterpart, Vladimir Putin.

Rouhani made the comments during a virtual inauguration ceremony for the launch of a 1,400-megawatt power plant in the southern province of Hormozgan. The plant is to be built in association with Russia.

Russian projects in Iran, however, have never ceased to draw controversy. Moscow repeatedly halted its work on the Bushehr nuclear power plant in Iran's south before its completion in 2013. The Russian government also delayed the delivery of its S-300 anti-missile systems for years despite several rounds of marathon talks, which pushed a frustrated Iran almost to the point of cancelation. Yet in his speech, Rouhani attempted to walk on eggshells, attributing delays in Russian projects to bureaucratic hurdles on both sides.

Apart from trade and economy, Rouhani said Iran and Russia have been closely engaged in regional cooperation, most notably over the Caspian Sea. In 2018, the Caspian Sea littoral states, which include Iran Russia, Azerbaijan, Kazakhstan and Turkmenistan, signed an accord on the legal status of the strategic sea's waters. As the Rouhani government has resisted calls for a full release of the details of the pact, speculation remains that Tehran might have ceded too much to Russia in return for too little.

Decades of crippling international sanctions have left Tehran with shrinking options for trade, moving it further toward Moscow as a key regional partner to rely on. In this vein, the Islamic Republic has been facing critics throwing skepticism at Russia's intentions. Deep-rooted anti-Russian sentiments also linger among some Iranians, as they reference critical junctures in history where Moscow has proven to be a "backstabber."

Still, Rouhani's speech appeared as an appeasement to the powerful northern neighbor. The compliments came only weeks after Foreign Minister Mohammad Javad Zarfi was heard in a leaked audio file heaping scathing criticism against Moscow and how it had attempted to torpedo the landmark 2015 nuclear deal between Tehran and major world powers.

Making it up to Russia in that particular context, Rouhani acknowledged the "cooperation" from "the very important neighbor" in the ongoing talks in Vienna over the revival of the very same accord.