The US and Iran are unlikely to reach an agreement at the Vienna nuclear talks before the June 18 Iranian presidential elections. 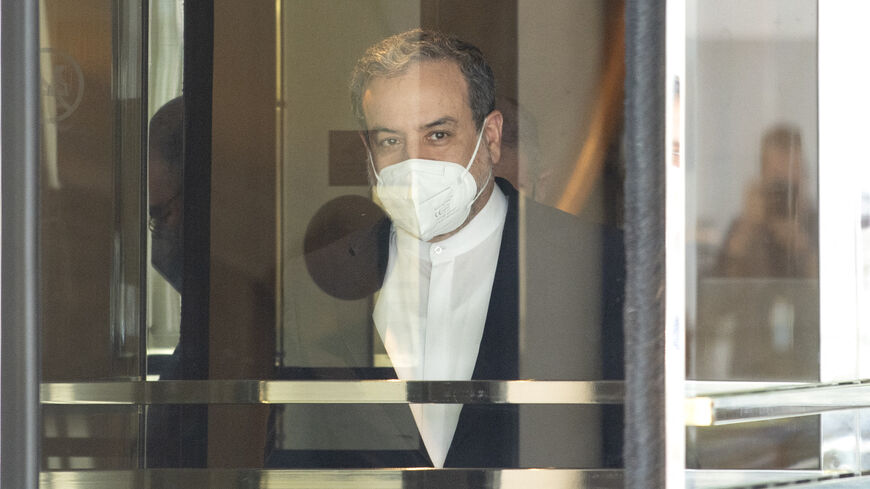 Abbas Araghchi, political deputy at the Ministry of Foreign Affairs of Iran, leaves the Grand Hotel Wien after the closed-door nuclear talks in Vienna on June 2, 2021, where diplomats of the UK, the EU, China, Russia and Iran hold their talks. - JOE KLAMAR/AFP via Getty Images

Iranian and American negotiators continue to struggle to resolve differences over the US reentry into the 2015 nuclear deal.

On Saturday, negotiators will begin their sixth round of talks in Vienna. According to Iranian media sources, it is unlikely that all the technical and legal aspects of the talks will be resolved in this latest round. Deputy Foreign Minister Abbas Araghchi told reporters there are no new issues but that the key problems of US reentry and Iran returning to full compliance remain.

Given that a resolution is unlikely, it appears likely that Iran’s presidential election on June 18 will take place without a nuclear deal in place. While voter apathy is particularly high in this election, a nuclear deal that promises to lift crippling sanctions could change the mood in the country.

President Hassan Rouhani, whose administration is currently involved in the negotiations, has grown tired of the economic criticism of his administration during the debates. In his latest Cabinet meeting, he criticized the Islamic Republic of Iran Broadcasting (IRIB) for endless questions and coverage of the dire economic situation in Iran without mentioning the current US sanctions on the country that make it difficult for the country to sell its oil and conduct banking transactions.

IRIB is run by hard-liners in the country, and their focus on the Rouhani administration’s economic performance is designed not only to attack the moderate candidate Abdolnaser Hemmati but also portray the conservative candidates as having better economic policies. Conservatives, however, other than criticizing the Rouhani administration for seeking a nuclear deal that would remove sanctions, have not offered specific economic plans other than to focus on domestic production.

In another nuclear-related squabble, Iran’s understanding with the International Atomic Energy Agency (IAEA) is set to expire in late June. Iran would then reduce its cooperation with the nuclear watchdog agency — the country had originally intended to fully reduce IAEA cooperation as a result of US withdrawal from the 2015 Joint Comprehensive Plan of Action. Iran had already reduced its compliance in major parts of the deal due to the US reapplication of sanctions.

Iran, however, has pushed back, arguing it will not abide by the original terms of the nuclear deal while simultaneously under sanctions. Kazem Gharib Abadi, Iran’s representative to the United Nations, reiterated Iran’s position once again that once sanctions are removed and Iran is able to verify this, then it will return to full compliance with the terms of the deal.