Iran and the International Atomic Energy Agency extend an understanding to keep the nuclear talks alive. 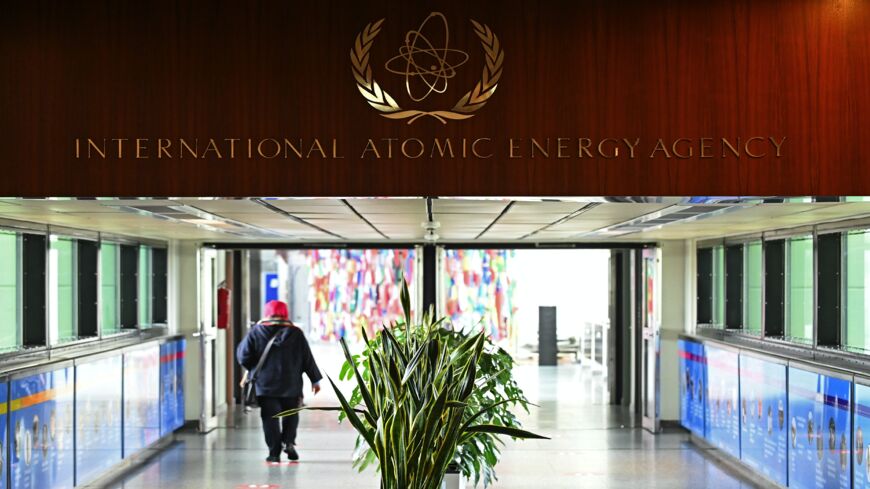 A woman walks past the sign of the International Atomic Energy Agency ahead of a press conference by Rafael Grossi, Director General of the IAEA, about the agency monitoring of Iran's nuclear energy program on May 23, 2021, in Vienna, Austria. The IAEA has been in talks with Iran over extending the agency's monitoring program. Meanwhile, Iranian and international representatives have been in talks in recent weeks in Vienna over reviving the JCPOA Iran nuclear deal. - Thomas Kronsteiner/Getty Images

Iran and the International Atomic Energy Agency (IAEA) have agreed to extend by one month an understanding to keep inspections alive and continue momentum on the nuclear talks in Vienna this week.

Spokesman for Iran’s Foreign Ministry Saeed Khatibzadeh said the agreement between Iran and the IAEA allows recording within the Additional Protocols but doesn’t give access to IAEA inspectors. Iran’s parliament had passed a bill called the Strategic Action to Remove Sanctions, which called on Iran to suspend cooperation with the IAEA. The bill was designed so that the United States would remove crippling sanctions on the Islamic Republic that were reapplied after former President Donald Trump exited the 2015 nuclear deal in 2018.

In order to salvage the talks, Iran and the IAEA came to an agreement that would allow Iran to continue to record its current nuclear sites but hold on to the tapes. Once Iran and the five permanent members of the UN Security Council fully reentered the Joint Comprehensive Plan of Action(JCPOA) then Iran would hand the recordings over to the IAEA. If they were not able to come to an agreement, then Iran would discard the recordings.

As far as the current talks taking place, Khatibzadeh said “there has been considerable progress” and “an understanding is near.” He continued that if the current US administration dropped the “behavior and attitude of the previous administration and distances itself from the maximum pressure campaign, a result could be achieved very easily.”

Khatibzadeh reiterated Iran’s position, which is that it is interested in reentering the JCPOA. Repeating the red line Ayatollah Ali Khamenei had stated before, Khatibzadeh said sanctions must first be removed, Iran must verify it, and then Iran will fully reenter the terms of the JCPOA. As a result of the US exit and reapplication of sanctions, Iran took steps away from the JCPOA on enrichment and other issues. According to Iran, all of their steps are easily reversible once the United States removes sanctions.

Deputy Foreign Minister Abbas Araghchi was invited to parliament’s National Security and Foreign Policy commission to discuss the latest on nuclear talks in Vienna. According to the commission's spokesman, Abufalz Amouei, Araghchi said the United States and Europe have reached a point where they have agreed to remove “a large part of the sanctions.” However, Araghchi said a “significant part” of the sanctions remain.

According to Araghchi’s statements, the conflict stems from the fact that the United States believes the remaining sanctions they have not agreed to remove are related to sanctions on Iran’s regional policies and human rights, and Iran disagrees. As the Trump administration was leaving office, one of the strategies it used to make reentry into the nuclear deal harder was doubling up on sanctions — applying nuclear sanctions and terrorism-related sanctions on the same issues.

Ali Akbar Salehi, head of the Atomic Energy Organization of Iran, also said today that 60% enrichment has not been suspended. Iran began enriching at 60% in April. The text of the JCPOA keeps Iranian enrichment at below 5%.