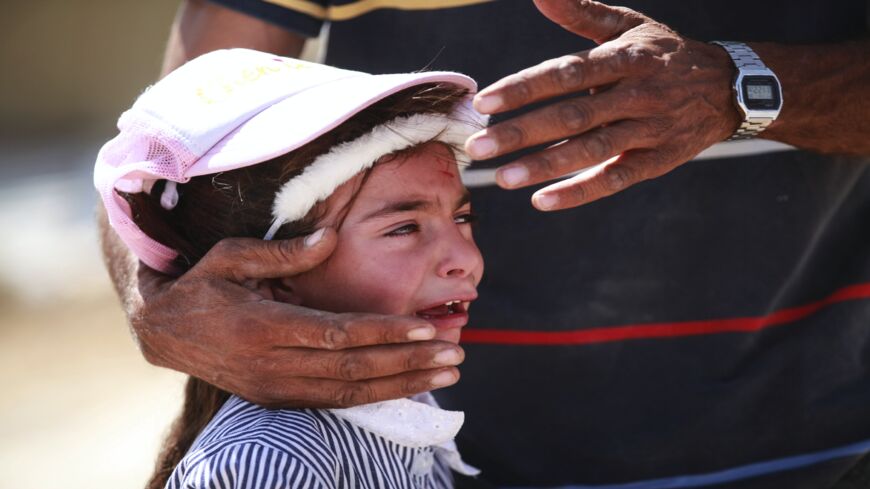 A Palestinian girl cries as Israeli excavators demolish some of the construction belonging to Palestinians for allegedly being unauthorized and being in zone C, at Yatta district in Hebron, West Bank, on Sept. 30, 2020. - Mamoun Wazwaz/Anadolu Agency via Getty Images

Four out of five Palestinian children whose homes Israel has demolished say they “feel abandoned by the world,” Save the Children said in a new report on Monday.

The UK-based charity conducted interviews with 217 Palestinian families in the West Bank and East Jerusalem, including 67 children between the ages of 10 and 17 years old who lost their homes to Israeli demolitions.

Of the children interviewed, 80% said they “lost faith in the ability of not just the international community but also the authorities and even their parents to help and protect them.” A majority of children showed signs of distress, and many said they experience frequent nightmares.

“All I have are sad memories,” a 15-year-old Palestinian boy told researchers. “I have nightmares about the bulldozers ripping away every stone in our house, and the sounds of the explosions still haunt me.”

Three in four parents who lost their homes told Save the Children they felt powerless to protect their children. A majority also said they felt shame, irritation and anger, and 35% said they had become emotionally distant from their children.

“These shocking findings should be a warning cry to the international community: Children and their families feel beaten down and powerless,” said Jason Lee, Save the Children’s country director in the Palestinian territories.

“Each demolition has uprooted an entire household, quashing the dreams and hopes of 6,000 children and their families in the past 12 years,” Lee said.

The report comes as residents of the predominantly Palestinian neighborhoods of Sheikh Jarrah and Silwan in East Jerusalem face eviction by Israel’s Supreme Court. Their possible displacement was among the triggers of last month's military escalation between Israel and the militant group Hamas.

Since capturing the West Bank and East Jerusalem in 1967, Israel has demolished some 28,000 Palestinian homes.

According to the United Nations, the vast majority of demolitions are of homes considered “illegal” by Israeli authorities because they were constructed without a permit. More than 94% of applications filed by Palestinian homeowners have been rejected, the UN’s refugee agency said.

Save the Children called on Israel’s newly formed government led by Prime Minister Naftali Bennett to halt the practice and uphold the rights of Palestinian children.

“These demolitions are not only illegal under international law, they are also an obstacle for children to fulfill their right to a safe home, and to be able to safely go to school,” Lee said. “As the occupying power, Israel must protect the rights of those living under occupation, especially children.”