The bodies were found near Ras Al-Ara, a coastal village in the southern Yemeni province that's known as a smuggling hub. 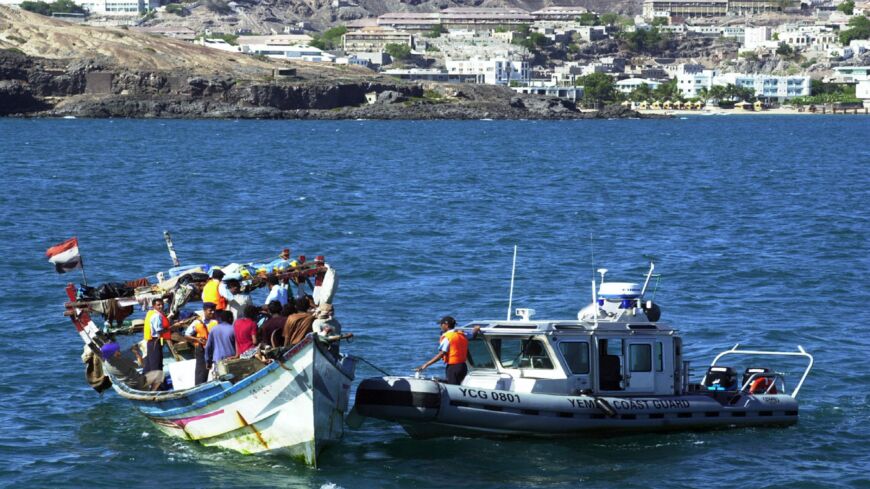 At least 25 migrants were found dead off Yemen’s Red Sea coast after a ship carrying some 200 people from Djibouti capsized in the turbulent waters, UN and local officials said Monday.

Fishermen told Agence France-Presse the bodies were found near the shores of Ras Al-Ara, a coastal village in the southern Yemeni province of Lahij that monitoring groups describe as a hotspot for human smuggling.

A provincial official told AFP the suspected migrant boat, which was carrying between 160 and 200 people, overturned two days prior. A UN migration official told The Associated Press most of the 200 people on board were Africans, along with a handful of Yemenis.

Each year, more than 100,000 migrants from the Horn of Africa arrive in Yemen by boat, with the hope of finding employment in the wealthier Gulf states. The coronavirus contributed to a slowdown in arrivals, with just 37,500 people making the journey in 2020, the UN’s International Organization for Migration (IOM) said.

In April, at least 42 migrants died after their boat from Yemen capsized off the coast of Djibouti, the IOM said. The UN agency said similar journeys on unseaworthy vessels are happening on a near-daily basis by migrants desperate to return to the East African country of Djibouti from Yemen, which is embroiled in a yearslong civil war and worsening humanitarian crisis.

Meanwhile, thousands of migrants from countries including Ethiopia and Somalia are stuck in detention centers across Yemen or are being held by smugglers. In March, scores of migrants burned to death when Houthi security forces fired “unidentified projectiles" into an overcrowded detention center in the Yemeni capital, Sanaa, Human Rights Watch said.