Extensive logging led by Turkey in Iraqi Kurdistan has set off an outcry, fueling the already strong anger toward the Turkish military presence in northern Iraq. 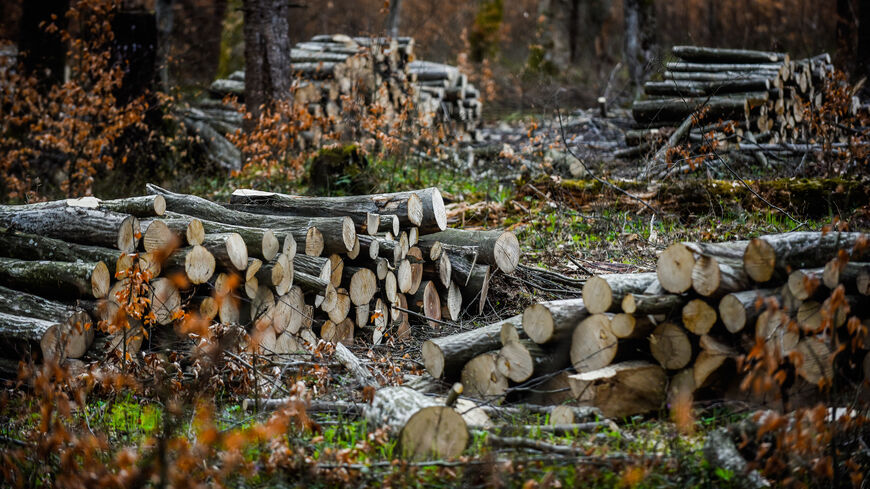 Turkey’s cross-border military operations against the outlawed Kurdish militants based in northern Iraq are under fire for their environmental damage, a fresh addition to civil casualties and forced evacuation. Turkey says logging and deforestation around the Turkish outposts in Iraqi Kurdistan aim to protect Turkish checkpoints, but Kurdish officials and locals accuse Ankara of causing massive environmental damage to build new checkpoints and roads linking them. Local media reports say village guards affiliated with Turkey are doing the work.

The extensive operation, consisting of two parts codenamed Claw-Lightning and Claw-Thunderbolt, began late on April 23 in the Zap, Metina and Avashin areas, home to camps of the Kurdistan Workers Party (PKK), the armed group that has fought Ankara since 1984 and is designated as a terrorist group by Turkey, the United States and much of the international community. As part of the ongoing incursion since last year, the Turkish army is working to cut off supply routes between the PKK bases with some 80 checkpoints it has built in the region.

According to Ferhat Encu, a parliamentarian from Turkey’s pro-Kurdish People's Democratic Party (HDP) who closely monitors the affair, the deforestation efforts began a year and a half ago as part of Turkey’s “invasion efforts.”

“First, they built checkpoints, then they built roads to link these checkpoints. Usually, village guards and people who collaborate with the [Turkish] government are doing the logging,” Encu told Al-Monitor.

Encu said that the logging is being done by the Babat family, a well-known village guard family that is also involved in the logging in Turkey’s mainly Kurdish southeast. Encu said the logging in Iraqi Kurdistan is conducted by Kamuran Babat, a claim that two separate Kurdish sources in Erbil and Sulaimaniyah echoed to Al-Monitor.

Deforestation and logging have recently come under fire from both Iraqi Kurdistan officials and locals. An official from Duhok’s forestry department, Kawe Sabri, said six villages have been severely damaged and some 5,000 acres of forest have been burned as part of the military operation. According to Encu, the fires were caused by the bombardments.

According to Reving Hirori, a lawmaker in the Iraqi Kurdistan Parliament, Turkey is building “castle-like” checkpoints where its troops are stationed. He said that village guards and criminal groups go to them to steal timber.

“There was a dense forest in Nizare Taye on the border. The trees have been completely cut down. The trees in the Geverok-Zaho region were completely cut down as well. The village guards and gangs have come with the soldiers to cut down the trees and take them to Turkey,” Hirori told the Iraqi Kurdistan-based Rudaw news network.

Fehim Abdullah, the head of the local council in Iraqi Kurdistan’s Duhok province, said that the Turkish army, village guards and private companies damaged the environment in the Zaho region last year and that the destruction affected the Begona, Keste and Ore regions in 2021. “This is being done because PKK militants are hiding in the forested land, but also for economic gains,” he told Rudaw.

Encu says the logging is especially rife in three regions: Geliye Pizaxa, Sere Tijikive and Gire Heliz. Encu said the timber was taken to Turkey’s southeastern province of Sirnak to be sold.

KRG spokesperson Jotiar Adil said the government conveyed its concerns to Ankara over the deforestation while Duhok Governor Ali Tatar spoke with the Turkish consul general in Erbil and Sirnak's governor about the matter, telling them the practices are “unacceptable.”

The extent of the claims has forced Iraq’s President Barham Saleh to step in. Calling on the federal government and KRG to coordinate, Saleh described the Turkey-led actions as “inhumane practices that must not be overlooked.”

More than 50 parliamentarians from the federal Iraqi Parliament also lashed out at Ankara over the logging, accusing the Turkish government of bringing in private companies affiliated with itself to destroy nature in Iraqi Kurdistan.

The ongoing discussion has caused trouble in internal Kurdish politics as well. Edhem Barzani, a Kurdish politician and a former executive of Iraqi Kurdistan’s ruling Kurdistan Democratic Party, wrote a letter calling Baghdad, Erbil and the international community to turn up the pressure on Turkey to end its military campaign in northern Iraq.

“The national capital of the Kurds and beautiful Kurdistan, which is a common heritage of humanity, is systematically burned down and plundered under the pretext of defense,” he wrote in the letter, a copy of which Barzani shared with Al-Monitor. Soon afterward, Ankara and Erbil pressured Barzani to leave Iraqi Kurdistan and travel to Iran, Kurdish sources told Al-Monitor.

The Turkish Defense Ministry, said the Turkish army made great efforts to protect civilian lives and property as well as to protect nature in a statement on May 29, before the controversy heated up.

The situation in Iraqi Kurdistan suggests that Ankara is exporting its deforestation activities in the Cudi Mountains in Turkey’s border province of Sirnak to the other side of the border. Pro-Kurdish HDP brought the massive logging in the Cudi Mountains up at the Turkish Parliament early June in parallel with the developments in northern Iraq.

Huseyin Kacmaz, HDP lawmaker from Sirnak, said that some 400 tons of trees are being cut down in Cudi per day. According to a study conducted by the HDP that Kacmaz shared with Al-Monitor, there are ongoing logging operations at 13 different military outposts in the Cudi Mountains. The outposts are one kilometer apart from each other, and a one-kilometer radius around each is being deforested.

Last year there was massive logging around the villages of Cevizdibi, Anilmis, Kemerli and Uckiraz. This year the activity has expanded to the Besta Tikera region, with trucks carrying off some three to three and a half tons of timber in four trips a day.

Despite the widespread uproar in the Iraqi Kurdistan, Ankara seems determined to proceed with its land and air operations in the region.