Israel’s Foreign Minister Yair Lapid has vowed to return to a bipartisan approach toward the United States. 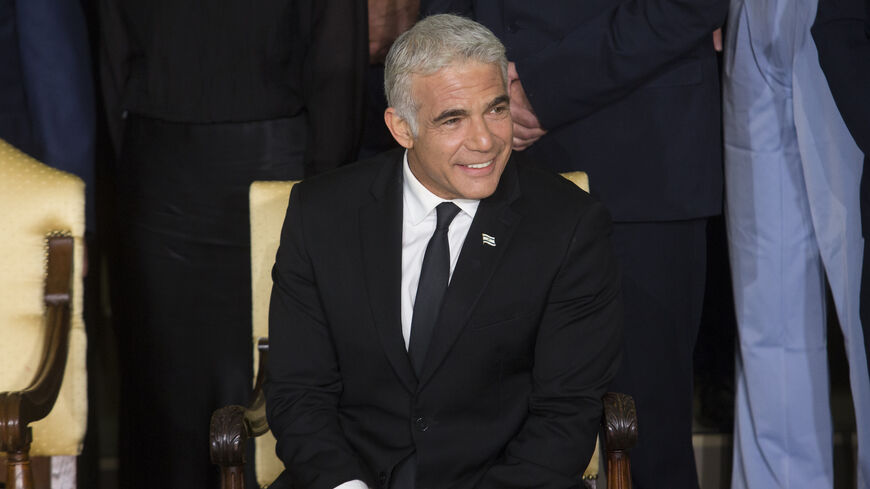 Israel’s new foreign minister, Yair Lapid, pledged on Monday to mend ties with the US Democratic Party, which he said had been abandoned by the recently ousted government of Benjamin Netanyahu.

His comments came a day after the Israeli Knesset formally approved Lapid’s diverse coalition government on Sunday, bringing to an end a record straight 12 years of Netanyahu rule. Right-wing Yamina leader Naftali Bennett was sworn in as Israel’s new prime minister, and Lapid as both chief Israeli diplomat and alternate prime minister.

Speaking at a ceremony in Jerusalem on Monday, Lapid accused Netanyahu of damaging ties with the US political party that's currently control of both the White House and Congress.

“The management of the relationship with the Democratic Party in the United States was careless and dangerous,” said Lapid, who heads the centrist party Yesh Atid. “The outgoing government took a terrible gamble, reckless and dangerous, to focus exclusively on the Republican Party and abandon Israel’s bipartisan standing.”

Netanyahu forged a close relationship with former President Donald Trump, who reversed decades of US policy on the Israeli-Palestinian conflict to move the US Embassy to Jerusalem, greenlight settlement expansion and recognize Israeli sovereignty over the Golan Heights.

The Democratic Party, meanwhile, has become increasingly divided on longstanding policy toward Israel, a split underscored by the latest conflict with Hamas. As the White House maintained that Israel had a right to defend itself, members of the party’s progressive wing roundly condemned the Israeli government for the Palestinian death toll.

“We find ourselves with a Democratic White House, Senate and House, and they are angry. We need to change the way we work with them,” he said in a speech to Israeli diplomats.

Lapid also said that as foreign minister he would work to build on the US-brokered Abraham Accords that normalized ties between Israel and several Arab countries last year.

“We will work to sign agreements with more countries in the region and beyond. It’s a process; it won’t happen in a day, but the Foreign Ministry will coordinate those efforts,” Lapid said.

In a phone call on Sunday, President Joe Biden offered his congratulations to Bennett, according to a White House readout.

“The President also conveyed that his administration intends to work closely with the Israeli government on efforts to advance peace, security, and prosperity for Israelis and Palestinians,” the statement said, adding that the United States "remains unwavering in its support for Israel's security.”