Jordan’s King Abdullah has formed a committee to revise two main pieces of legislation related to the political life in the kingdom, but activists are skeptical about the prospects for change. 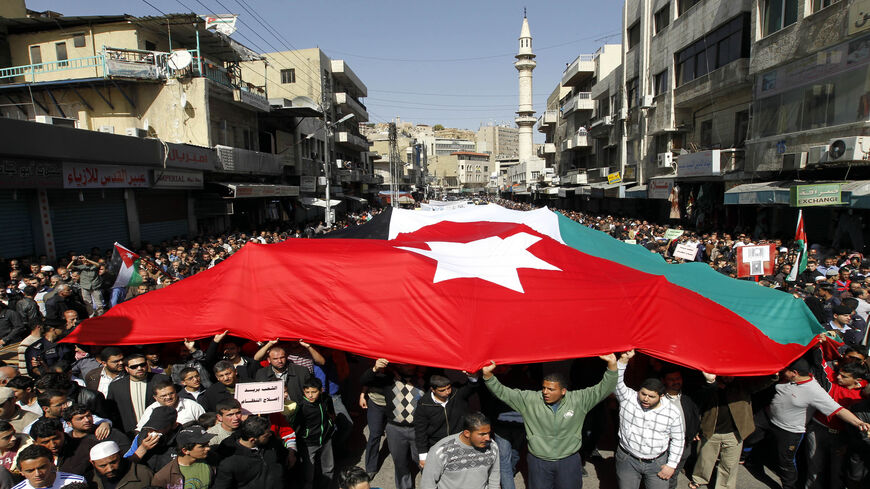 There is a sense of deja vu in Jordan following a royal order June 10 asking former Prime Minister Samir Rifai to chair a 92-member committee entrusted with modernizing the country’s political system that will focus on presenting an election and political parties draft laws by November that would then be passed by the government and sent to parliament for a vote.

For years, political parties and voters have been calling for replacing the current single-vote election system, which they blame for producing weak and submissive legislatures. The single vote system was adopted back in the mid-1990s so as to weaken the Islamists’ chances of forming sizeable opposition blocs.

The letter the king sent to Rifai mentioned “reform” only once, stressing instead the need for modernizing the political environment and empowering the youth and women. Jordanians have been there before a number of times. Since the king took over from his late father in 1999 he had written and talked about political reform as a personal goal.

In 2004, King Abdullah wrote an op-ed in The Wall Street Journal saying, “We believe that freedom and tolerance are essential if human potential is to be fulfilled. We seek civic institutions that respect human rights, including gender equality, and the rule of law. We know that transparent, accountable governance is essential if citizens are to be shareholders in change.”

Also that year he wrote in Foreign Policy magazine, “Jordan has already instituted its own reforms, including elections, measures to entrench basic political and human rights such as freedom of assembly and the press, and initiatives to empower women and youth. Other programs help build an effective political party system and strengthen an independent judiciary. In economic affairs, we have learned from the dismal examples of the 20th century. Public-sector enterprise alone simply cannot provide adequate opportunities for growing populations. Nations must also look toward the private sector for job creation, innovation, and entrepreneurship.” But in reality the situation on the ground was different.

Between then and now he has formed a number of panels and committees that sought to present various road maps for political reform — a public demand that goes back as far as 1990. One such committee that was entrusted with presenting a comprehensive long-term plan was the 2005 Royal Committee for the National Agenda that the king hoped would present “a national agenda to build modern Jordan and fulfill the aspirations of citizens for a better future.” After months of deliberations the committee presented a wide-ranging plan including drafts for an election and political parties' laws. The plan was never implemented.

And following public protests during the 2011 Arab Spring, the king sacked the government, ironically headed by Rifai, for failing to embrace political reforms. He asked former Prime Minister Taher al-Masri to head a National Dialogue Committee with the aim of steering a “dialogue in a way that best serves Jordan. We ask you to bear in mind that you are expected to arrive at a democratic elections law that produces a legislature that represents all Jordanians and assumes a pioneering role in entrenching justice, integrity, transparency and the rule of the law as the elements of the practice of politics.”

The recommendations of that committee over the introduction of a progressive election law, however, were never implemented. Successive governments had sought ways to maintain various versions of the single vote election law — one that critics believe has favored tribal heads and businessmen at the expense of political parties. Furthermore, the law is blamed for deepening divisions among Jordanians while producing submissive parliaments that have little oversight over the executive branch.

There have been other royal appointed committees that looked into developing the independence of the judiciary and strengthening the rule of law among others, but overall lack of political will to enforce genuine political reforms has been the common denominator. Despite the king's many reform initiatives over the past two decades, a lack of parliamentary oversight and weak governments have resulted in poor governance, public sector corruption and failing public services including health and higher education.

Calls for wide-ranging political and economic reforms have increased since the eruption of the coronavirus pandemic that has exposed the fragility of a dysfunctional public sector, especially in dealing with health issues and keeping the economy going.

This time, public pressure had increased demanding genuine political reforms aimed at stamping out corruption, nepotism and abuse of public resources. Jordan’s economy is stalling while unemployment and poverty rates have reached record levels. The national debt is almost 100% of the gross domestic product and the budget deficit is almost a quarter of the entire budget and is growing each year. With between 60% to 80% of the budget going to public sector salaries little is left for capital expenditures and investments.

Critics are pessimistic over the new committee and its ability to deliver meaningful reforms, including because of the role of the prime minister, who has resisted past reform efforts, and the commission's mandate, which could limit the scope of reform to avoid restricting the role of the monarchy.

Activists also contend that political reforms succeed in an environment where multiple laws curtail freedom of expression and threaten activists with arbitrary detentions.  Jordan is designated not free in the latest Freedom House survey of political rights and civil liberties .