In an interview, King Abdullah focused on the need to launch political and administrative reforms that include reviewing laws that govern elections and political parties, in a move that coincides with the start of the Biden administration. 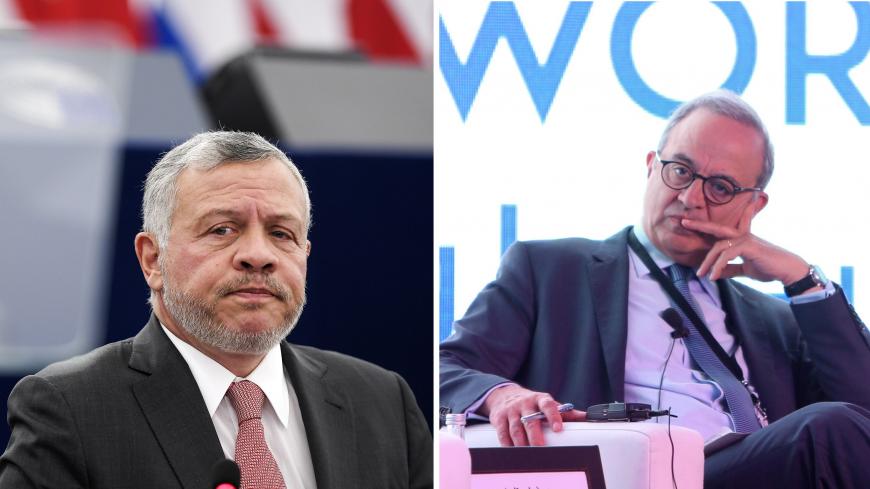 A call by King Abdullah to “revisit” laws regulating political life in the kingdom has triggered a sense of optimism and hope that long-delayed reforms could finally take place almost a decade after Jordanians took to the streets demanding genuine reforms in what was called Jordan’s Arab Spring.

He went on to say that “our goal for many years has been to reach a platform-based political party scene that reflects the ideology and leanings of Jordanians, and carries forward their concerns and national causes, and works towards achieving their aspirations by conveying their voices and bringing their representatives to parliament.”

At the center of these reforms is the election law and the political parties law, but critics see a need for a full review of the kingdom’s political scene, especially after 2011 when some reforms were introduced only to be rolled back two years later.

The king had alluded to political reforms in his letters of designation to previous governments, including the 4-month-old government of Bisher al-Khasawneh. Calls for the need to engage in a comprehensive review of political and administrative laws had increased following November's legislative elections, whose outcome was disappointing for political parties.

More than 35 political parties contested the elections under an open list system but won only 12 out of 130 seats allotted to the lower house of parliament. The majority of seats went to independent candidates relying on their tribal bases. The National Center for Human Rights issued a report Feb.1 claiming that “grave violations” had accompanied the recent elections, which saw voter turnout of only 30%. The center called for an elections law that would provide results more representative of the nation.

But as some activists and political parties support the need to review such laws, others are demanding a more comprehensive approach that includes suspending the Defense Law, which was activated in March 2020 following the outbreak of the COVID-19 pandemic and which gave the government wide-ranging powers with little or no oversight. Also, activists are demanding that cases related to freedom of expression that are seen as violations of the Cybercrimes Law be tried by civil courts and not the State Security Court, which usually handles terror-related cases. Others go as far as calling for a constitutional monarchy under which the powers of the monarch are checked.

The head of the Center for the Freedom of Journalists in Amman, Nidal Mansour, is not optimistic about the government’s willingness to carry out real political reforms. In a Feb. 7 article in Al-Ghad daily he said, “The clear problem is with public trust in the sincerity of governments to embrace reforms.” He added, “For decades these governments have been talking about democracy while political life is regressing and for years laws have been amended only to make matters worse.”

“The reality is that the ruling political class does not want deep-rooted reforms that would change the rules of the political game and all they do is to claim that Jordanian society is not ready to embrace a new system of government,” Mansour said. As a first step he called for an election law that only allows political parties and closed party lists to contest elections under a proportional system.

Earlier, Mansour told Al-Monitor he believes the “political reforms file in Jordan may witness a real revival under Joe Biden’s administration, which has stressed that democracy and human rights will take priority in his foreign policy approach.”

Marwan Muasher, a former deputy prime minister and now vice president for studies at the Carnegie Endowment, appears to agree, saying the king’s comments were made with Biden in mind. Speaking at a forum held by the Center for the Freedom of Journalists in Amman on Feb.1, Muasher said that while Biden is familiar with Arab issues and is a friend of Jordan, that doesn’t mean he agrees with its policies. “He is going to want to see political reform in Jordan," Muasher said.

Hassan Barrari Ajarmeh, a political scientist at the University of Jordan and a critic of successive governments’ handling of political reforms, said he believes it all rests with the king. “The state talks about reforms but does not mean it since the ruling class is not democratically elected. It serves its own interests and not that of the people and real reforms will put many in jail for corruption,” he told Al-Monitor.

“Whether we like it or not the solution is in the hands of the king; he alone can launch a white coup that allows the people to rule themselves and produce an elected class. He has always talked about reforms so what is stopping him from putting them into action?” he said.