With the support of an historic majority of 87 parliamentarians, Jewish Agency chair Isaac Herzog has been elected Israel’s 11th president. 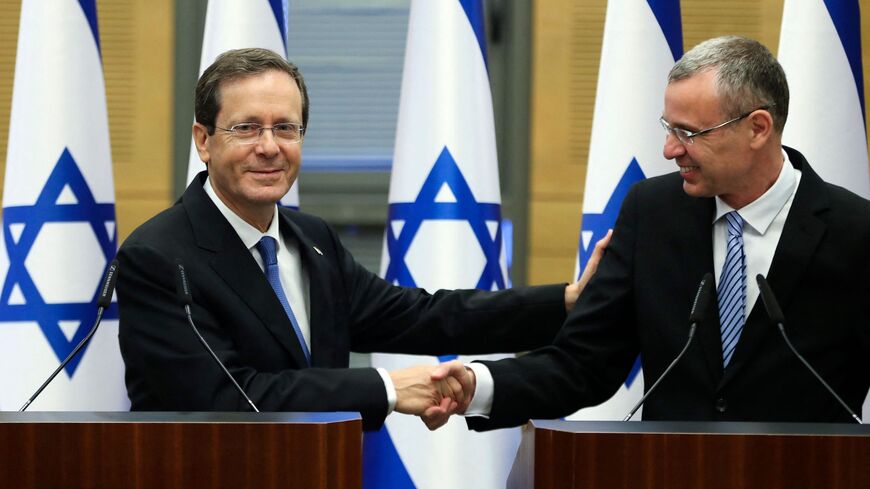 Jewish Agency chairman Isaac Herzog was elected today by the Knesset to be Israel’s 11th president. In a secret ballot in the Knesset plenum, 87 parliamentarians voted for Herzog. His opponent, Israel Prize-winning educator Miriam Peretz, received 26 votes. Three legislators abstained. Herzog's was the largest victory in any presidential election in the country’s history. He will enter office on July 9, when the term of incumbent President Reuven Rivlin ends.

Thanking the parliamentarians who voted for him, Herzog said it would be an honor to serve all the people of Israel. Addressing his opponent, the mother of two soldiers killed in action, Herzog called her a hero and an inspiration.

"I will be the president of everyone," Herzog said, adding that he would lend "an attentive ear to every position and respect every person,” while also working to “identify the lines that connect us and build bridges of agreement in order to bring together even the furthest apart, here within Israel and with our brothers and sisters in the diaspora.”

Shortly after the election, Prime Minister Benjamin Netanyahu said, "I congratulate Isaac Herzog on his election as president and wish him great success in the name of the citizens of Israel. I thank Miriam Peretz for her honorable candidacy and I am certain she will continue to contribute to Israeli society, as she has done all her life."

Peretz also congratulated her opponent, saying, "Today we have elected a worthy president who respects us. I pray with all the citizens of the State of Israel for his success because his success is my success is the success of my country."

The opposition head, Yesh Atid leader Yair Lapid, said after the vote that Herzog was “a worthy and wonderful man who is always focused on the good of the country and the Jewish people. Good luck, Mr. President!”

Herzog, 60, served several times as a minister in the governments of Ariel Sharon, Ehud Olmert and Benjamin Netanyahu. He served as chairman of the center-left Israeli Labor and head of the Zionist Camp before quitting politics and taking over the leadership of the Jewish Agency. He is the son of Israel’s sixth president, late Chaim Herzog, and the grandson of Israel’s first Ashkenazi chief rabbi.

Israel’s president is largely a ceremonial position, but it does but play a role on deciding who gets the mandate to form a new government following elections. After receiving official election results, the president must convene the heads of the different political parties for consultations as to which candidate is most likely to assemble a majority-backed cabinet. He has the discretion of offering that candidate two more weeks of negotiations after the first four allotted for the mission. After the March elections of this year, Rivlin first tasked Netanyahu with the job. But when Netanyahu failed, Rivlin handed over the mission to Lapid, who has until midnight tonight to form a majority coalition.

The president also has the power to pardon people, which could become a key issue should Netanyahu be convicted in his graft trial.