The Iraqi Popular Mobilization Units held a military parade June 26 that was attended by Prime Minister Mustafa al-Kadhimi as chief commander of the armed forces. 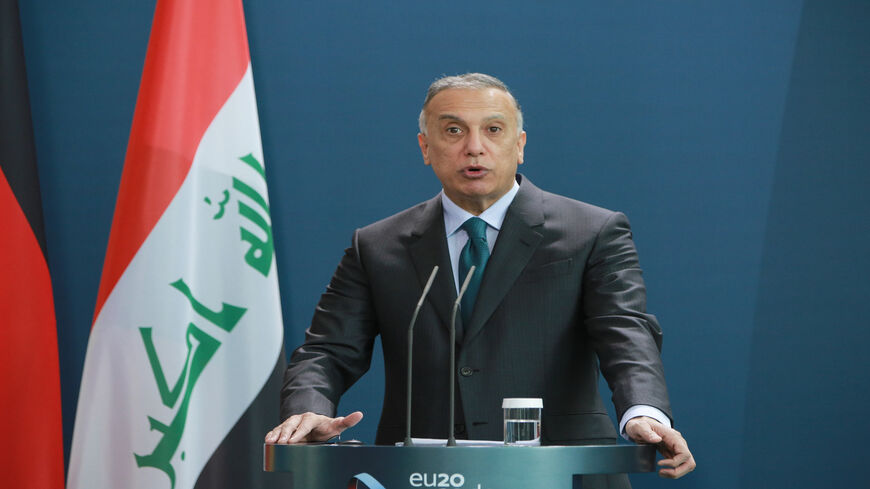 Iraq's Popular Mobilization Units (PMU) organized its first military parade June 26, on the seventh anniversary of the organization's founding. The parade took place at Camp Ashraf, which was the headquarters of Mujahedeen-e Khalq, in Diyala governorate, about 100 kilometers (62 miles) northeast of Baghdad.

Prime Minister Mustafa al-Kadhimi, who also serves as chief commander of the armed forces, delivered a short speech at the event.

The parade, as well as the participation of Kadhimi and other Iraqi leaders, conveyed symbolic significance. Kadhimi stood alone in the first line, saluting the military units.

Right behind him was Defense Minister Juma Inad with to his right Interior Minister Othman Ghanemi and the national security adviser. To his left stood Chief of Staff of the Iraqi army Lt. Gen. Abdul Amir Yarallah, head of the Fatah bloc that includes a number of PMU political wings, head of the PMU Faleh al-Fayadh and PMU Chief of Staff Abdul Aziz al-Mohammadawi.

In line with his tweet, Kadhimi stressed the necessity of the PMU being at the state service and praised the role of the PMU in fighting the Islamic State.

In an article published a day before the parade in Asharq Al-Awsat newspaper, Kadhimi presented his views on how to solve Iraq's long-standing crisis by empowering state-affiliated institutions and reestablishing the country's historical role in creating a cooperation hub for the entire region, which would change the country from a regional battleground to a bridge of peace and cooperation.

Iraq has been a conflict zone for decades, and since 2003 a flashpoint for US-Iran tensions, including the US assassination of Iran’s Quds Force commander Qasem Soleimani in January 2020, followed by Iran’s attack on Ain al-Asad military base, which killed an American contractor.  Moreover, widespread protests and some of the militias' rebellious actions took the country to the verge of collapse.

The drone attack that took place on the same day of the parade, in an area close to the Kurdistan Democratic Party headquarters in Erbil, was a reminder that the militias will continue to be a challenge.

In a June 23 interview with Al-Iraqiya TV channel, Kadhimi said, “We want to turn Iraq into a meeting point, a country creating and preserving balances in the region.”

Iraq had hosted multiple initiatives to mediate between different conflicting powers in the region, including a deepening of relations with the Arab Gulf countries, Egypt and Jordan.

Although Iraq still has a long way to a stable security status, the containment policy seems to be successful in dealing with the challenges, requiring patience and a long-term view.