Jean-Yves Le Drian told a French TV station there is still a long way to go to improve Turkey-France relations, mentioning Syria, Libya and the eastern Mediterranean. The French and Turkish presidents had a cordial meeting earlier this week. 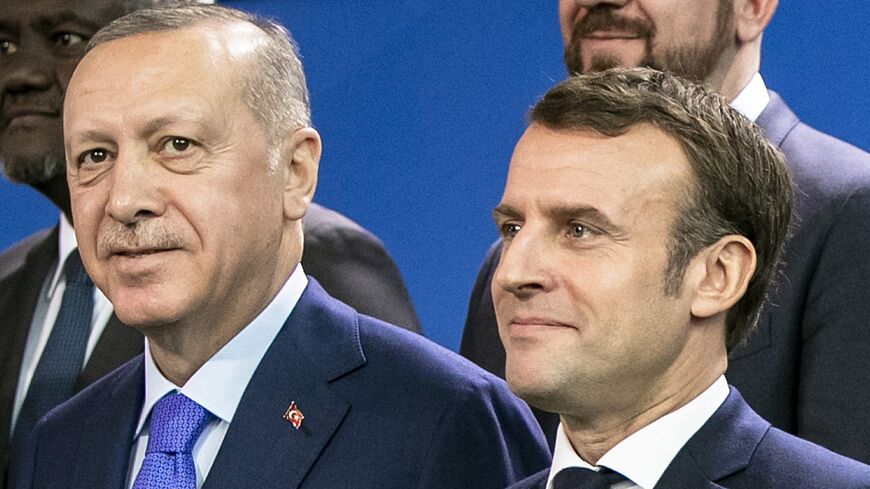 France’s top diplomat said there is a “verbal cease-fire” between France and Turkey in an interview with French television Friday. He added that there is still work to be done to bridge the divide between the two countries on regional issues following a meeting between their heads of state.

“There is some sort of verbal cease-fire,” Jean-Yves Le Drian told BFM TV. “The verbal cease-fire doesn’t mean action, and we’re waiting for actions to be taken from Turkey on sensitive issues, be it in the eastern Mediterranean, and especially in Libya and Syria.”

Le Drian was addressing a longstanding feud between Turkey and France, as the two states disagree on a host of issues. In the eastern Mediterranean, Turkey wants to drill for energy in waters claimed by Greece and Cyprus, and France backs the latter two in the dispute. In Libya, Turkey supported the Government of National Accord in the civil war that ended last year, while France was more supportive of the Libyan National Army rebels. France has since reopened its embassy and established relations with Libya’s unity government. France is also critical of Turkey’s actions in Syria, where Ankara supports Syrian rebel forces against Kurdish forces.

The row has led to several escalations between the two countries in the past year. In June 2020, France accused the Turkish navy of harassing a French warship in the Mediterranean Sea. In October, French President Recep Tayyip Erdogan accused French President Emmanuel Macron of Islamophobia. The war of words related to comments Macron made about extremism following the murder of a French teacher who showed an image of the Prophet Muhammad in his classroom. In November, France banned the Turkish ultranationalist Gray Wolves organization.

Relations may be improving. Erdogan and Macron met at the NATO summit on Monday in what Macron described as a “peaceful atmosphere.” The two discussed the situations in Libya and Syria, as well as Macron’s views on Islam, according to the Turkish state’s Anadolu Agency.

Le Drian said France will work with Turkey on the Libya issue, mentioning the preponderance of militias in the country. He also noted both “conflicting” and “shared interests” in Syria. Le Drian added that the eastern Mediterranean dispute remains a “question.” It is up to Erdogan on whether the softer rhetoric between the two countries will lead to solving any issues, the French foreign minister said.

“All this awaits us,” said Le Drian. “We will see if President Erdogan has changed more than in words.”