Many within the Druze community are shaking their heads following news that former Knesset member Gadeer Kamal Mreeh has agreed to serve as emissary of the Jewish Agency. 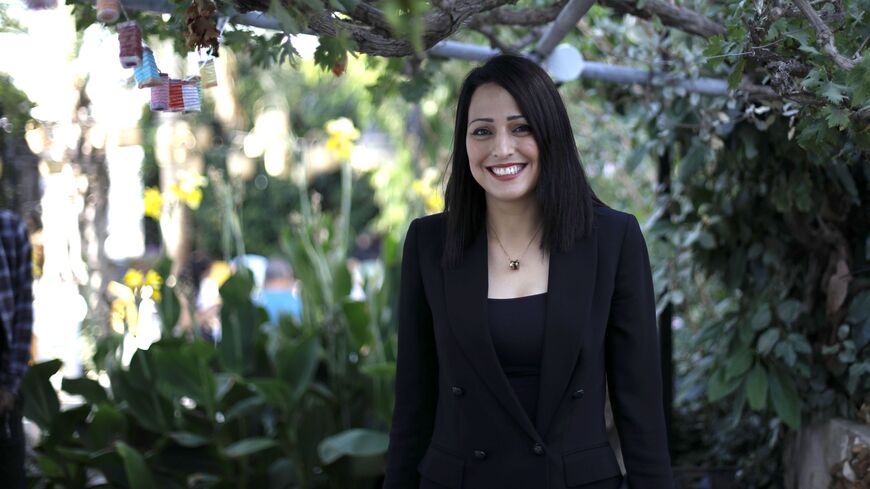 Knesset member Gadeer Kamal Mreeh is pictured during a conference organized in the northern Israeli village of Daliyat al-Karmel on Aug. 29, 2019. - JALAA MAREY/AFP via Getty Images

Former Knesset member Gadeer Kamal-Mreeh met this week with the outgoing chairman of the Jewish Agency, Isaac Herzog, who is about to assume his new position as Israel’s next president. At the end of their meeting, they announced that Kamal-Mreeh had just been appointed to the position of Jewish Agency emissary to college campuses in the United States and to the Jewish community of Greater Washington. She will be working with the Jewish Federation there and with Jewish student organizations in campuses across the United States through Hillel International.

Kamal-Mreeh already made history by becoming the first Druze woman elected to the Knesset. Now she is about to become the first Druze long-term representative of the Jewish Agency. While there have been other non-Jewish representatives of the Jewish Agency overseas, they only served at Jewish summer camps for a few weeks at most. Kamal-Mreeh will serve for two years, with an option to extend her term.

As she bustled about with last-minute preparations, the former Knesset member wrote in a Facebook post, “I am proud and excited to be part of a process that is setting a new precedent, and in which a new voice will be heard — a different, important and much needed voice — over the next few years, mediating all the many aspects of the reality of Israel to Jewish and non-Jewish communities in North America.”

Kamal-Mreeh made a point of stressing her belief that her identity as a Druze woman will help her in her task, saying, “My unique identity as a woman from the Druze community will contribute significantly to my mission and lead to very meaningful work. Acting in the name of pluralism and diversity, we will take steps to bring people together, bridge differences and shine a light on all that we have in common, for the sake of our country and our future.”

Kamal-Mreeh’s brief career in politics was marked by enormous breakthroughs. It began in 2019, when she joined Defense Minister Benny Gantz’ Blue and White Party. As she tells it, the people surrounding Gantz were googling “successful Druze women,” and they came across her. When the Blue and White Party split up over Gantz’ decision to join the Netanyahu coalition, she refused to join him there, tweeting, “I went into politics to replace the government of racism and division, the government of the nationality law, not to become its partner.” Then, on the eve of the most recent election, she retired from politics altogether.

She has been best known for her scathing criticism of Gantz over his decision to join Netanyahu’s government and for her fiery speeches to the Knesset opposing the nationality and the kaminitz laws targeting Israel’s Arab population, so her decision to serve as a Jewish Agency representative oversees is raising many eyebrows in the Arab sector.

The Jewish Agency was founded in 1929 as the executive branch of the World Zionist Organization. Its objectives included encouraging Jewish immigration to the country and strengthening local Jewish communities. When Israel became a state 1948, the Jewish Agency took responsibility for settling the country, often by creating new Jewish towns and villages on lands that were declared abandoned by their previous owners. In other words, it occupied and settled properties belonging to Arabs who left — or were forced to leave — the country during the 1948 war.

Much of Arab society, both Christian and Muslim, responded with apathy and disinterest to her appointment. That was not the case, however, among her own Arab Druze community. There has been quite a bit of criticism, most of it focusing on her shift from fighting fiercely against the nationality law to representing the Jewish Agency.

Rabah Halabi, who teaches at the Hebrew University and Oranim College, openly wondered what exactly the former lawmaker is so proud of.

Halabi told Al-Monitor, “The overall impression [in the Druze community] based on the responses she is receiving is that that there is a tangible sense of disappointment over her appointment. She was a new voice who initiated a new discourse. Lots of young [Israeli Druze] people believed in her, especially when she came out against the nationality law and the kaminitz law. Yet now she is joining the Jewish Agency, a group with clear objectives that have nothing to do with us. On the other hand, it is important to remember that she always played both sides, coming out against the nationality law while saying that she has no problem with the Jewish character of the state, its symbols and its anthem, all of which exclude us as citizens. This could explain her latest step.’’

Despite the criticism, Kamal-Mreeh has also received support for her decision, lauding how she managed to break through yet another barrier as a Druze woman.

Fadi Maklada, a social activist from the predominantly Druze town of Daliat al-Carmel, told Al-Monitor, “For years, the Jewish Agency was one of the most influential bodies in the State of Israel. Kamal-Mreeh’s new position will allow her to represent the totality of Israel, including its minorities, rather than just the Jewish perspective.’’

When asked if this might hurt her political career if she decides to run again for the Knesset, Maklada said, “The distinction between being an emissary of the Jewish Agency or the state itself does not seem very clear to many people. In the end, many people will probably react to her as if she were an emissary of the Foreign Ministry.”

There have been quite a few supportive comments from the Jewish sector, too. Ofir Dayan, a pro-Israel activist at Columbia University in New York and the daughter of Israel’s former consul general in New York, told Al-Monitor, “What she will do as an emissary will focus mainly on the internal dialogue among pro-Israel students and not necessarily on opponents of Israel. What interests these students is their interaction with Israel. I think it is a good idea to send her, even if I don’t agree with her about the nationality law.”