It seems that the statement by Joint List leader Ayman Odeh about joining a Blue and White-led coalition was, first of all, meant to encourage Israeli Arabs to vote. 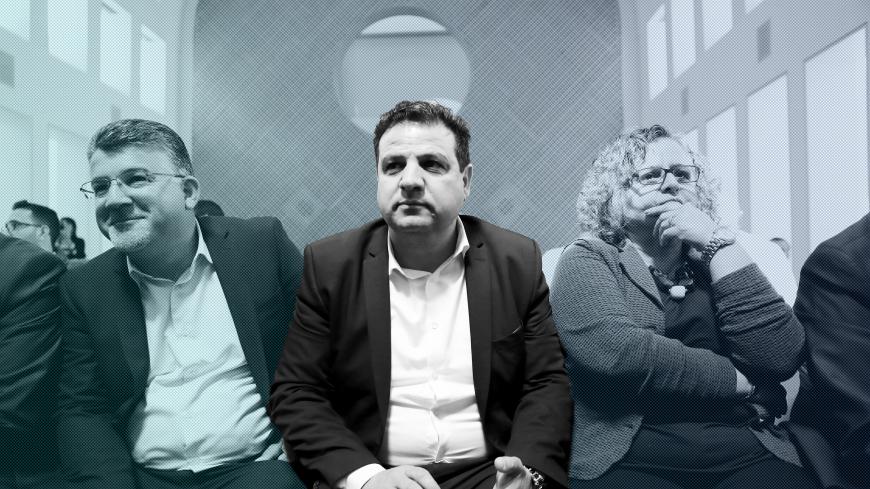 “I am ready to join a center-left government,” declared Knesset member Ayman Odeh, chairman of the predominantly Arab-unified Joint List Party, in an interview with journalist Nahum Barnea that appeared in Yedioth Ahronoth on Aug. 30. This raises an important question: Was he giving people real grounds for hope, or was it just election spin? Given the circumstances, it looks like the answer is a resounding yes to both questions.

Anyone who keeps track of Knesset member Odeh’s remarks will remember that in April 2019, during round one of the current elections, he said in an interview with the Globes newspaper that he would not rule out supporting a Blue and White coalition from the outside. This time, Odeh went a few steps further by saying that he would actually join such a coalition, with the express purpose of being part of the government. If the unprecedented happens and an Arab party is part of the next coalition, it would change all the rules of the game.

At the same time, it is worth remembering that this is the same Ayman Odeh who speaks frequently to the media about a partnership between Jews and Arabs, only to align himself with competing voices in the Joint List when the moment of truth finally arrives. There’s no shortage of examples either, such as boycotting the funeral of former President Shimon Peres in 2016; refusing to sign a vote-sharing deal with Meretz in 2015 because of Balad’s refusal to cooperate with a Zionist party (Balad is one of the factions composing the Joint List); and withdrawing the party’s participation in a Saturday morning cultural event in the Arab sector because of Balad’s opposition to inviting former Prime Minister Ehud Olmert and former security official Ram Ben Barak. (Full disclosure: This author organizes Saturday morning cultural events in the Arab sector.)

What all of this means is that Knesset member Odeh is apparently not made of the same materials as leaders bold enough to stand up to opposition. It also means that it is up to him to prove that what he said was more than just political spin. At the same time, it is also up to the party with pretentions of being able to replace the current government — i.e., the Blue and White party — to prove that it is serious in its ambitions. And that party has yet to miss an opportunity to slam the door in the face of the Arab sector.

In response to Odeh’s remarks, Knesset member Gabi Ashkenazi, No. 4 on the Blue and White party list, was quick to announce that “we will not be able to sit in a government with Arab parties that do not recognize Israel as a Jewish state.” Yet while he said this, Benny Gantz and Yair Lapid, both candidates to serve as rotating prime ministers in a Blue and White government, simply ignored Odeh’s statement.

Has the Blue and White party not learned its lesson from the April election? Haven’t they figured out that the center-left has no chance to replace the right-wing government without the support of the Arab sector? Are they still stuck in the 1960s and the 1970s when non-Arab parties regarded Arabs as nothing more than vote contractors and wheeler-dealers? That would explain the Blue and White party’s failure to include a Muslim or Christian Arab on its list. While it does have a Druze woman, Gadeer Kamal-Mreeh, in its 25th spot, that is because Jews don’t usually associate the Druze community with Arabs.

It is possible that Blue and White is afraid of Prime Minister Benjamin Netanyahu. As soon as they refuse to reject cooperation with an Arab party, he will brand them as leftists, despite all their efforts to market themselves as part of the center-right (though it is doubtful that this strategy is actually winning them any votes from the right).

Assuming that the Blue and White party sticks to its commitment not to sit in a government with Netanyahu, and assuming that that list doesn’t break apart right after the Sept. 17 election due to tensions between Gantz and Lapid, what other options does it have to form a government, particularly given the most recent polls? When you are feuding with the ultra-Orthodox parties and reject cooperation with the Arab sector, you are already competing for the No. 2 spot.

At this point, it is worth asking whether the Jewish population regards the Arab sector as an integral part of the country and therefore eligible to be part of some Israeli government or other. Given the fact that no Jewish party apart from the Democratic camp placed Arab candidates in realistic spots on their list, it would seem as if the Jewish population is not ready. The overriding sense is that even if the center-left bloc believes the Arab sector can help them replace the current government, once the election is over, Arab parties will not be part of the political gamesmanship that goes into forming the next coalition.

If that is really the current state of affairs, what did Odeh hope to achieve with his statement to Barnea? It looks like he is aware of the general prognosis that despite the reestablishment of the Joint List, the Arab population has no plans to go to the polls in droves, and that the list can be expected to win 9-10 seats only. There are a number of reasons for this, as I explained in an earlier article, including the feeling of revulsion among the Arab electorate toward the Joint List’s isolationist position in the past. A 2016 poll found that 59% of the Arab public opposed the Joint List Knesset members’ boycott of Shimon Peres’ funeral.

Another poll, this one taken by the Abraham Foundation in July of this year, found one factor that could encourage voting among the Arab sector is a willingness to include Arab parties in the government. That is exactly what Odeh tried to achieve with his statement. He wanted to encourage Arab voters to get out and vote. He has long since realized that the Joint List alone is not enough to get Arab voters out of the house in September, particularly given their disappointment with the party’s performance in the 20th Knesset.

Odeh spoke on his own behalf and not on behalf of the Joint List, which he heads. Actually, former Knesset member Jamal Zahalka, chairman of Balad, condemned his remarks: “What Ayman Odeh said runs counter to the position of the Joint Arab List and Balad.” Ahmad Tibi, head of the Ta’al party (within the Joint List), also expressed reservations, though he added that he hopes to influence the course of events by being part of a group of parties that would prevent the right from returning to power. Would Knesset member Tibi really turn down a ministerial position if one is offered to him? Quite possibly not.

In the end, what Odeh did was put the role of the Arab community on the table for the very first time. As CEO of the STATNET Institute for Research and Polling Yosef Miklada found, 80% of voters for the Arab Joint List agree with Odeh about this, and 72% of all Arab voters would support an Arab party joining the government.